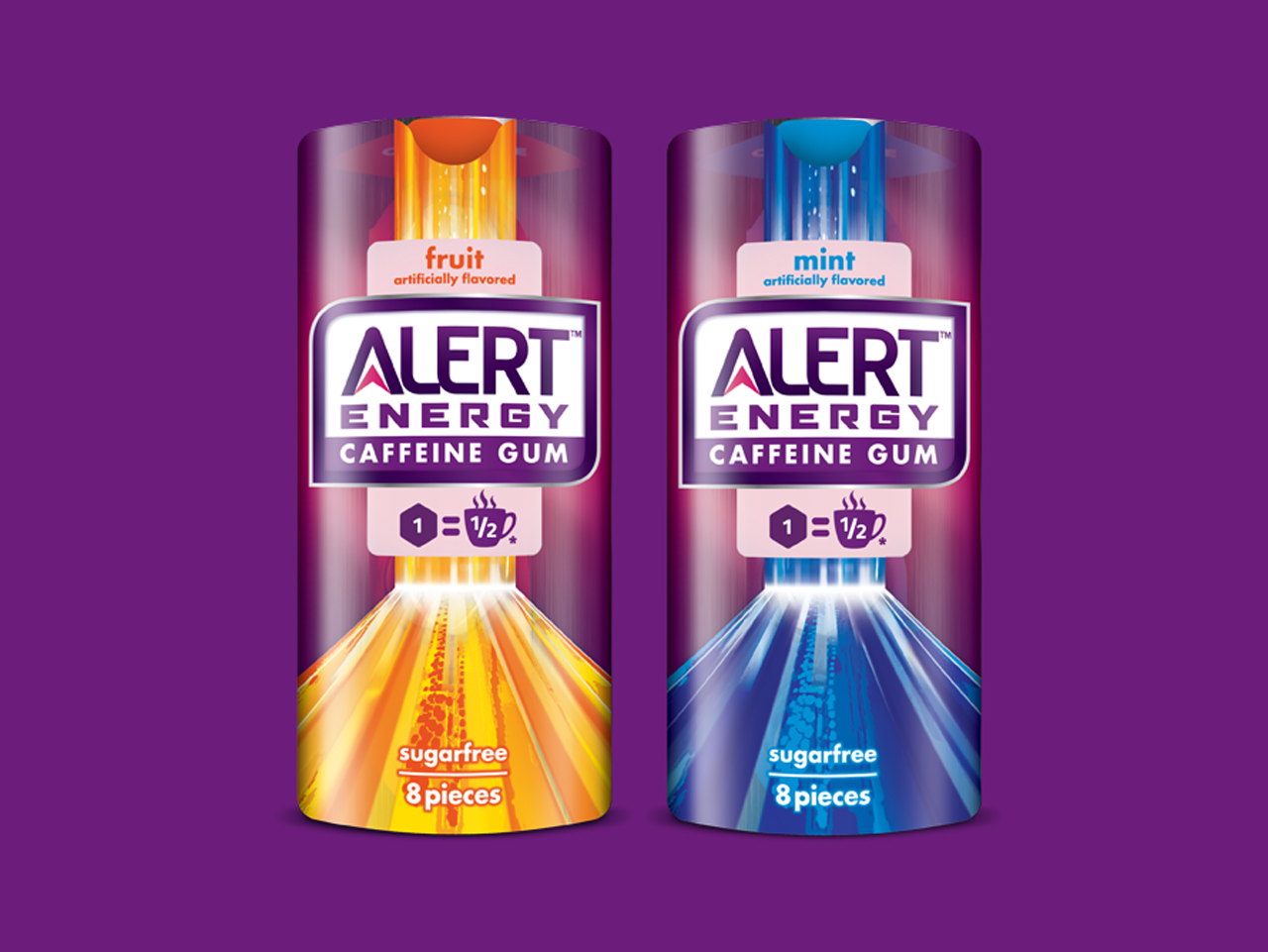 A new gum from Wrigley aims to add an extra jolt to your day.

Wrigley's Alert Energy Caffeine Gum is set to hit the U.S. market in April 2013, according to the company's website.

The gum will give consumers an "on-me" energy solution to control how much caffeine they get, according to Wrigley. One piece contains the same amount of caffeine as half a cup of coffee, according to the product's label -- about 40 milligrams of caffeine.

The Wall Street Journal reported last week that the company is targeting consumers 25 and older who want a portable energy product.

An eight-piece pack of Alert will retail for $2.99, according to the Journal. Wrigley told the paper the gum will have a bitter, medicinal taste to deter children from consuming it, a concern for many energy products.

"The taste expectations are different for someone who wants to chew gum for energy than for someone who chews gum for flavor. If you come at this as a piece of gum that you chew for enjoyment it's not going to deliver on that," Casey Keller, president of the North America division of Wrigley, told the Wall Street Journal. "What we found from energy [drink] consumers is that they're used to this taste. It's symbolic of efficacy." He added that kids won't like the taste and, "We've taken great pains to make this different than traditional gum."

Other companies have recently gotten attention for their caffeinated products potentially getting into children's hands. Last November, the advocacy group the Center for Science in the Public Interest (CSPI) wrote a letter to the Food and Drug Administration to urge action against Frito-Lay's Cracker Jack'D, a caffeinated version of the 105-year-old popular snack. The organization argued that putting caffeine into "improbable drinks and snacks" could put children and unsuspecting pregnancy women at risk. Frito-Lay said at the time the product line was specifically developed for adult consumers and will not be marketed to kids.

Calls for FDA regulation have also recently come for caffeinated energy drinks. In late October, the FDA said it was investigating five deaths and one heart attack linked to Monster Energy drinks since 2004, including the death of 14-year-old Anais Fournier who died after allegedly drinking two of the beverages. Monster recently hit back at the lawsuit by the family of Fournier, saying the girl likely died of natural causes brought on by pre-existing heart conditions.

The agency also is investigating 92 reports of adverse effects from drinking 5-hour Energy drinks, including 13 deaths and 33 hospitalizations.