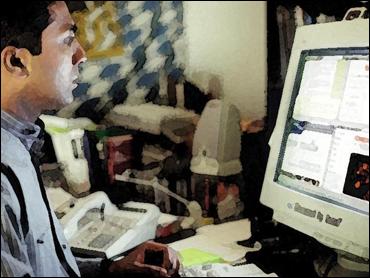 A moratorium on taxing Internet services expires Saturday, and a push to extend it is bogged down by concerns that making the ban permanent would curb the ability of state and local governments to collect traditional telecommunication taxes.

For some, a bigger problem is the federal government imposing its will on states.

"This is the federal government telling state and local governments that they no longer have control over their revenue sources," said David Quam, director of state-federal relations at the National Governors Association.

But most of the ban's biggest proponents say they don't worry about the temporary law expiring, since the short-term ban has lapsed in the past without a surge in taxation.

Federal law has blocked state and local governments from taxing services that allow people to connect to the Internet since 1998. Its backers say it helps make the Internet available to nearly everyone.

"The Internet is an incredible resource and should be available for the lowest cost possible so everyone has access," said Sen. Max Baucus, D-Mont.

In the five years the ban has been in effect, technology raced ahead of the law. Problems erupted this year when lawmakers tried to make sure that new and faster connections, such as DSL, cable and satellite, remain tax-free.

The House passed a bill in September to make the temporary ban permanent, and to make sure new technologies to access the Internet stay tax-free. But the language covering new technologies worried state and local governments, who feared courts might decide that it blocked their ability to tax traditional telecommunications if the services were delivered over the Internet.

The bill then stalled in the Senate, where a handful of senators stopped it from proceeding to debate. Those senators yielded Thursday night and agreed to let the Senate debate the bill next week.

Most of those lawmakers, along with state and local governments, said they back the ban on Internet taxes but fear changes broadening it to new technologies will have unintended consequences that could be financially disastrous to states.

A study by the Multistate Tax Commission, an organization of state tax agents, concluded the pending bill could reduce revenues from current taxes levied by the 50 states, the District of Columbia and local governments a minimum of $4 billion and up to $8.75 billion annually by 2006.

"It is an expansion of the moratorium to cover traditional telecommunication taxes of state and local governments," Quam said.

Many lawmakers don't see the same dangers. Sen. George Allen, R-Va., said the claims of state and local governments are "inaccurate and only come from wanting to tax Internet access."

"There's nobody out there who's rushing to tax the Internet — it's all a hoax," Voinovich said.

Other senators with concerns also had past lives as state officials. They include Sen. Lamar Alexander, R-Tenn., a former governor, as well as Sen. Kent Conrad, D-N.D., a former state tax commissioner. Those senators have been asking whether the federal government should tell states what to tax.

The bill does not deal with state and local government's ability to collect sales taxes from products bought and sold on the Internet.