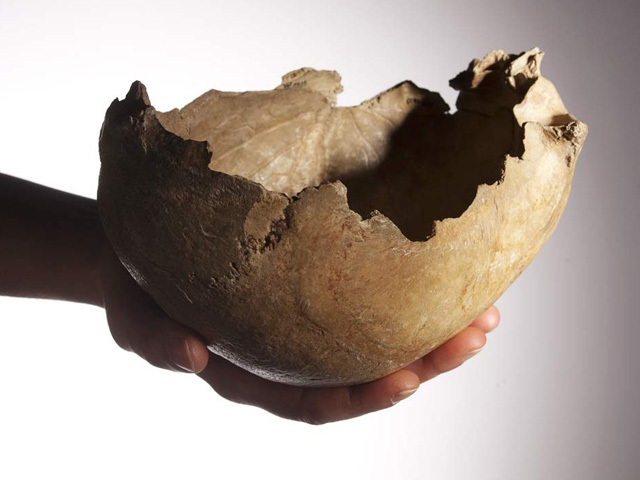 It's not the sought of accessory likely to turn up at the local kitchen outlet, but time was when humans regularly used each others' skulls for drinking cups. Now the London Natural History Museum has found what may be the oldest such skull-cup in a cave around Somerset, England.

Two of the skull-cups belonged to adults and the other to a 3-year-old child. The cups - which were all discovered in Gough's Cave in Somerset, England and date back around 14,700 years - were created by prehistoric people who inhabited Western Europe. It's unclear how the cups were used exactly, though it's possible they figured in sort sort of ritual.

Macabre, yes, but the practice dates back several thousand years and is mentioned both the Greek historian Herodotus as well as by the ancient Chinese historian Sima Qian. In a piece in PloS detailing the finding, the authors of the study announcing the finding note that skull-cups have been reported being used by Australian aborigines as well as inhabitants of Fiji as well as other islands in Oceania.

"Possibly the most surprising thing is how skilled at manipulating human bodies these early humans were," researcher Silvia Bello, a paleontologist at the Natural History Museum in London, told LiveScience. "It was a very meticulous process that just proves how technologically advanced this population was. It also demonstrates a very complex funerary behavior."