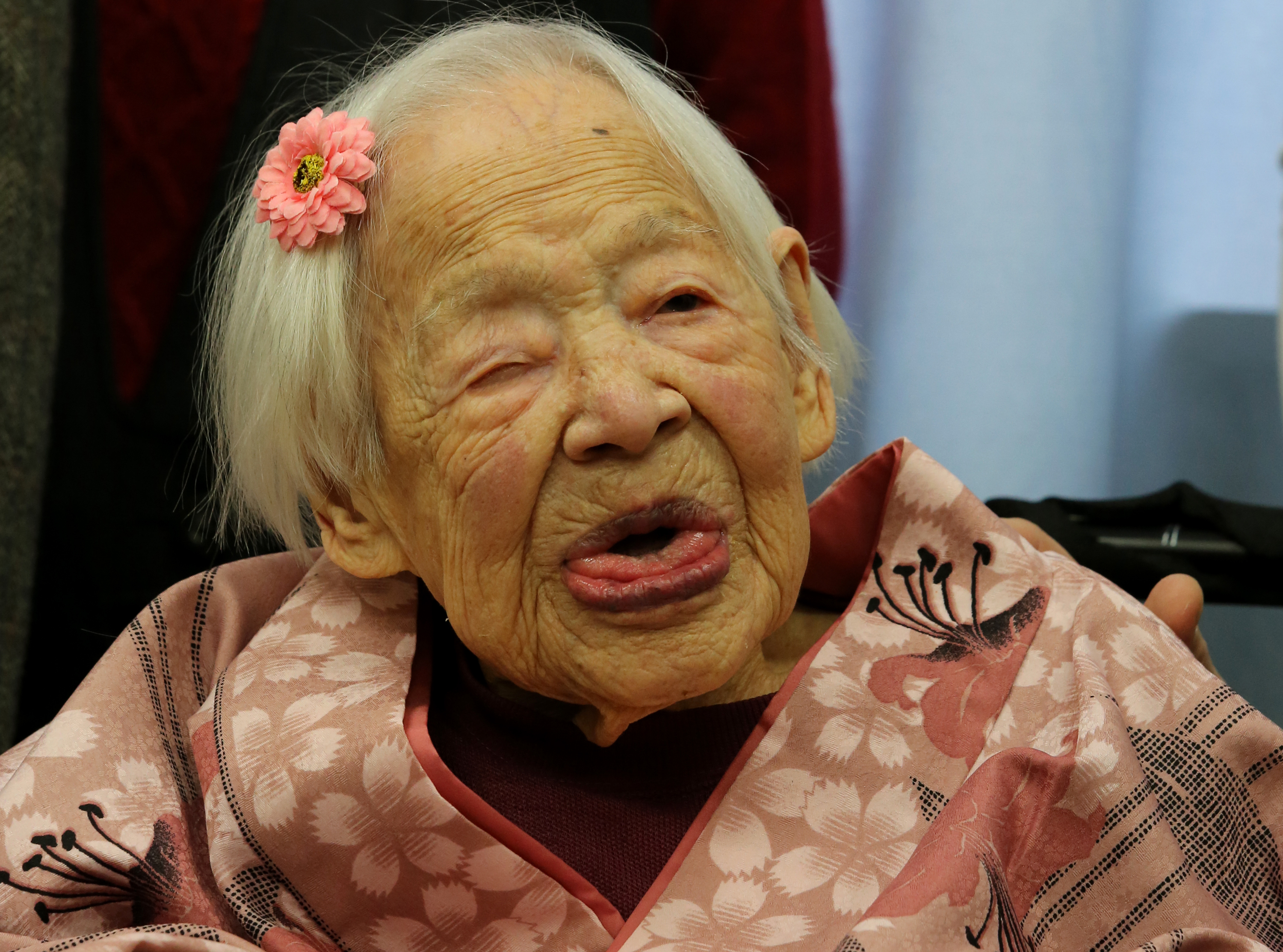 Misao Okawa died of heart failure and stopped breathing as her grandson and nursing home workers stood by her side, praising her for achieving a healthy long life, said Tomohiro Okada, an official at her Osaka nursing home.

"She went so peacefully, as if she had just fallen asleep," Okada said. "We miss her a lot."

Okawa, born in Osaka on March 5, 1898, was recognized as the world's oldest person by Guinness World Records in 2013.

Okawa was born in the year when the United States annexed the Hawaiian islands and when a drink named Pepsi-Cola was launched, the Reuters news agency reports.

Okada said Okawa lost her appetite about 10 days ago.

Okawa, the daughter of a kimono maker, said at her birthday celebration that her life seemed rather short.

Okawa married her husband, Yukio, in 1919, and they had two daughters and a son. She was survived by four grandchildren and six great-grandchildren. Her husband died in 1931.

She credited her longevity to "eating delicious things" and getting lots of rest, Reuters says.

The world's oldest person is now Gertrude Weaver of the United States, who would turn 117 on July 4, Reuters says.