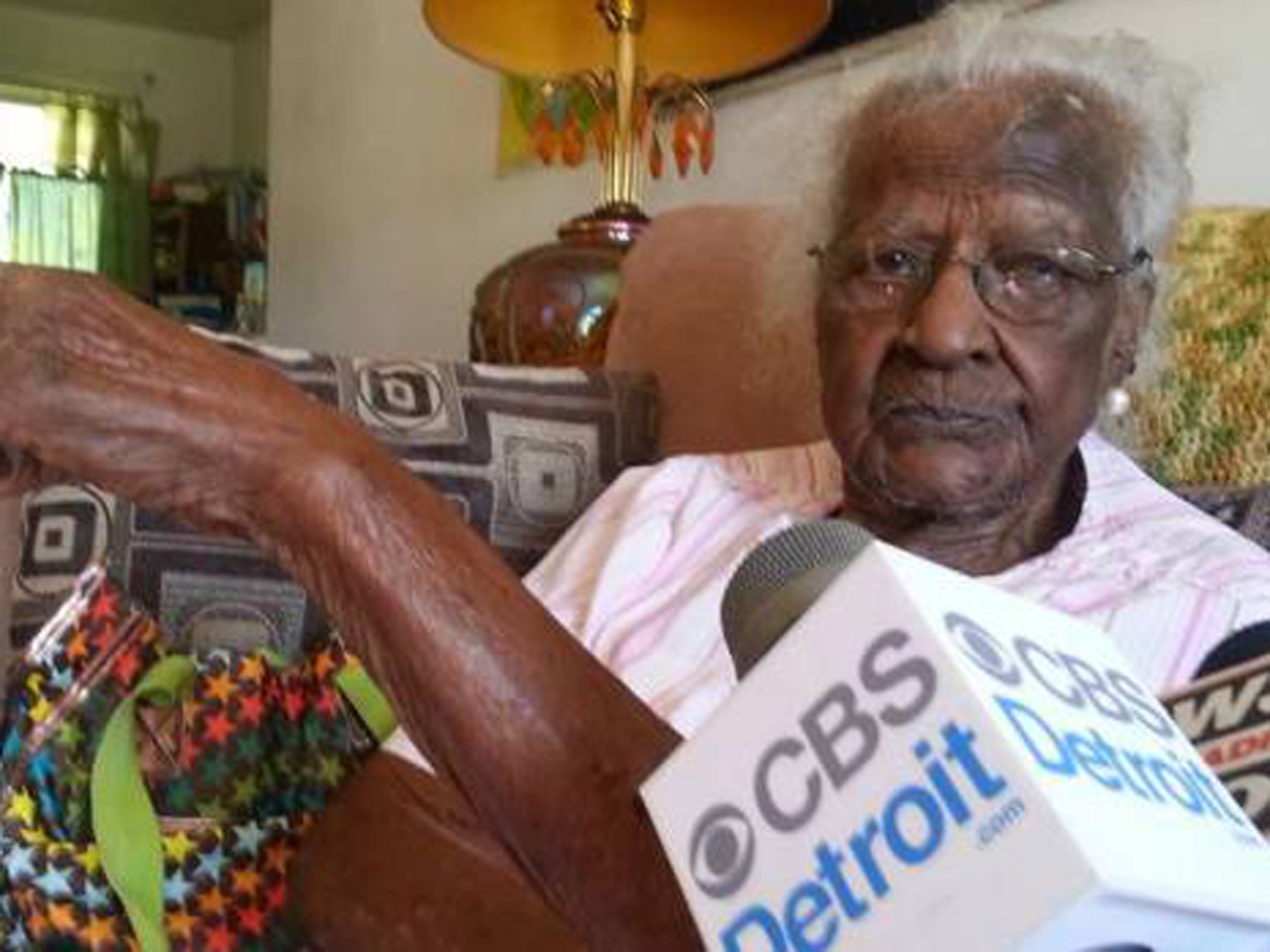 INKSTER, Mich. - A 115-year-old Detroit-area woman now listed as the world's oldest living person still makes plans for a fishing trip each year and credits God for her longevity.

Gertrude Weaver, a 116-year-old Arkansas woman, died on Monday. Weaver's time as the world's oldest lasted just a few days. Weaver became the oldest person in the world after the death of a 117-year-old Japanese woman last week.

Talley was born May 23, 1899. Asked for her key to longevity, the Detroit Free Press reports that she echoed previous answers on the topic.

"It's coming from above," she told the newspaper. "That's the best advice I can give you. It's not in my hands or your hands."

Michael Kinloch, 56, of Wayne County's Canton Township, is a GM engineer and longtime family friend of Talley's through their church. He said Talley's mental state is "is very sharp."

"It's unfortunate that other people passed away, but this has certainly elevated her. She's feeling no pain. She just can't get around like she used to," Kinloch said.

Talley's husband died in 1988 and five generations of her family live in the metro Detroit area, including a great-great-grandson. She is cared for by a 77-year-old daughter who lives with her, reports CBS Detroit.

In 2013, her 114th birthday drew the attention of President Barack Obama, who said in a personal note that she's "part of an extraordinary generation."

"We go to a trout pond in Dexter," a community about 40 miles west of Detroit, Kinloch said. "She really likes that."