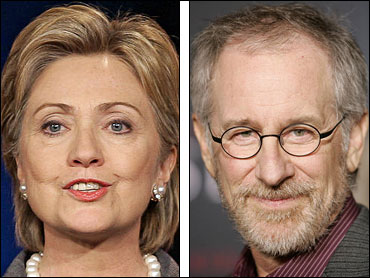 Six decades after they marched off to war, World War II veterans will finally get a memorial on the National Mall.

"I sincerely hope this is the last legislative action Congress will have to take before the dedication of the World War II memorial in 2004," said Rep. Bob Stump, R-AZ, chairman of the House Armed Service committee.

By a voice vote Tuesday morning, the House of Representatives approved a Senate-amended version of the legislation that puts construction of the memorial on the fast track.

The bill now goes to President Bush for approval in time for Labor Day. The President has indicated his support for the bill.

The measure effectively ends an often contentious process that began when Congress authorized construction of a memorial commemorating the Second World War on the Mall in 1993. The National Capital Planning Commission has held 22 public hearings on the proposed site and design of the memorial.

At issue is the future of a symbolic stretch of green space in the heart of the National Mall between the Washington Monument and the Lincoln Memorial, which critics say will be ruined by the proposed construction of linked columns, gold stars and wreaths around a pool. Some critics compare the design to Nazi-era architecture.

D.C. Delegate Eleanor Holmes Norton is adamant in her opposition to both the site and the design of the memorial.

"Anyone who loves the city and admires the uniqueness of Washington and the Mall cannot possibly want the particular memorial that will go up," she said. "The Mall is the urban equivalent of the Grand Canyon. There should never be anything in the middle of the Grand Canyon."

The Senate version of the bill passed Monday night tries to allay some of the opponents' concerns by allowing an ongoing revue of the memorial by three oversight commissions.

The Senate action came hours after two dozen World War II veterans said they would return their medals if the bill went forward.

"I would gladly give up my Purple Heart," said Clark Ashby, a 78-year-old veteran from Illinois. "We were fighting against exactly the sort of thing that's going on."

Ashby and other vets critical of the project say Congress is circumventing the freedom and democracy they fought for by pushing the bill through. The bill, as passed, will allow construction of the memorial to begin immediately, invalidating a pending federal lawsuit.

"We have lost to the Congress it is true, but we continue our fight to try to ensure that we as a nation don't make a blunder that we will regret forever," said Judy Feldman, head of the National Coalition to Save Our Mall.

But Rep. Ike Skelton of Missouri and ranking Democrat on the Armed Service Committee disagrees. "Many, many World War II veterans will be pleased to know that finally the discussion is over, there will be a memorial t them and know they will be very grateful."

Rep. James Hansen, author of the bill, hailed the voted. "World War II was a victory of liberty over tyranny. And today's vote is a victory of common sense over bureaucracy," said Hansen, a Utah Republican.

"We fought World War II in half the time it's taken us to wade through all the red tape over this memorial. Enough is enough," he said.

Republican Sen. Tim Hutchison of Arkansas, and a leading proponent of the memorial, said that 1,000 World War II veterans dies every day and only 5 million remain of the 16 million who served in uniform. "The time has come to honor their sacrifices."

Last week President Bush expressed concern that time was running out for World War II veterans who want to see their sacrifices memorialized. "It is more important than ever that we move quickly to begin construction if those who served are to see the nation's permanent expression of remembrance and thanks."