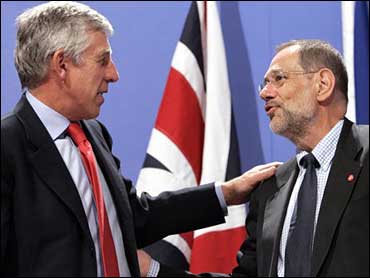 An international energy consortium of 26 countries will release more than 60 million barrels of crude oil and gasoline to relieve the energy crunch caused by Hurricane Katrina in the United States.

Energy Secretary Samuel Bodman called this an initial response, part of what he called an "aggressive" federal response to the hurricane disaster. The fuel being released by the Paris-based International Energy Agency will be in the form of both crude oil and gasoline and will be released over the coming month.

As part of that effort, the Bush administration will release 30 million barrels of crude oil from U.S. reserves.

The move reflects a much broader use of the U.S. strategic petroleum reserves and opens the way for millions of gallons of gasoline imports from European government stockpiles to try to stem soaring gasoline prices at home.

The release would total 2 million barrels a day, with the U.S. contributing 44 percent of that amount in crude from the Strategic Petroleum Reserve. Administration officials hope the other 56 percent would be in the form of gasoline now in European government stockpiles.

The news of the release comes as tensions rise in southern Mississippi and Louisiana over the lack of incoming aid. And conditions worsen in the south, as gas becomes difficult to find.

Friday, a huge oil spill was spotted near two storage tanks on the Mississippi River downstream from New Orleans, state officials said Friday. The oil was seen in a flyover to the Venice area by the Department of Environmental Quality.

"Two tanks with the capacity of holding 2 million barrels appear to be leaking," the department said in a statement.

Gas prices across the United States continued to skyrocket Friday as some states attempted to control prices independently of the federal government. Hawaii passed a price cap that took effect Thursday, but it's not yet clear whether the move is helping to control retail prices.

Georgia Gov. Sonny Perdue said he will sign an executive order Friday to suspend state motor fuel taxes through the end of September to "relieve some of the financial burden" on consumers in the wake of Hurricane Katrina.

The order will remove the 7.5-cents-per-gallon tax and a 4 percent sales tax on gas, the governor said, and was set to begin at midnight.

Hurricane Katrina damaged or displaced an estimated 58 Gulf of Mexico oil platforms and drilling rigs, according to the American Petroleum Institute. Among those, 30 rigs and platforms have been reported lost.

Panic buying and delayed gasoline deliveries sparked shortages at a number of gas stations across the United States, mostly along the East Coast and in Midwest states. Station owners said many of the shortages were temporary.

Tom Kloza of Oil Price Information Service told the Early Show's Hannah Storm that while prices seem to still be on a sudden increase, Americans need not worry about doubling or tripling prices like those seen in the 1980s.

"My hunch is that if this were a free market and if this were a truly unregulated market, you might see that," he said. "But gasoline is different with the American public."

Separately, the Internal Revenue Service acted to allow diesel fuel intended for off-road vehicles like farm equipment to be used by commercial and road vehicles. The decision lifts federal excise taxes typically imposed on road vehicles that use the off-road diesel.

Technically, even the release of supplies from the U.S.-based SPR is a matter of joint decision-making by the United States and its European partners.

Up until now, the administration has loaned oil from the SPR to several refineries, but has not had a general release of crude to counter supply problems. Under international agreements, such a release must be coordinated with other IEA members.

Fears of escalating fuel prices spread across the country this week as damaged Gulf Coast refineries and fuel lines shut down. Gas prices on jumped 35 to 50 cents a gallon overnight in many places, pushing the pump costs to well over $3 a gallon in some areas.

On Thursday, President Bush urged Americans to be prudent in their consumption of energy, but called the hurricane a "temporary disruption" to gasoline supplies.

Katrina has disrupted 90 percent of the oil production in the Gulf of Mexico.

A new CBS News Poll shows a majority of Americans are affected by high gas prices. More than eight in 10 Americans expect gas prices to rise because of Hurricane Katrina.

Officials believe that is above the two million barrel-disruption that is required to trigger IEA action.

Europeans have indicated support for helping the United States.

An administration official said it is hoped the European portion of the release would be in the form of gasoline. Unlike the United States, the Europeans have government stockpiles in both crude and refined products.