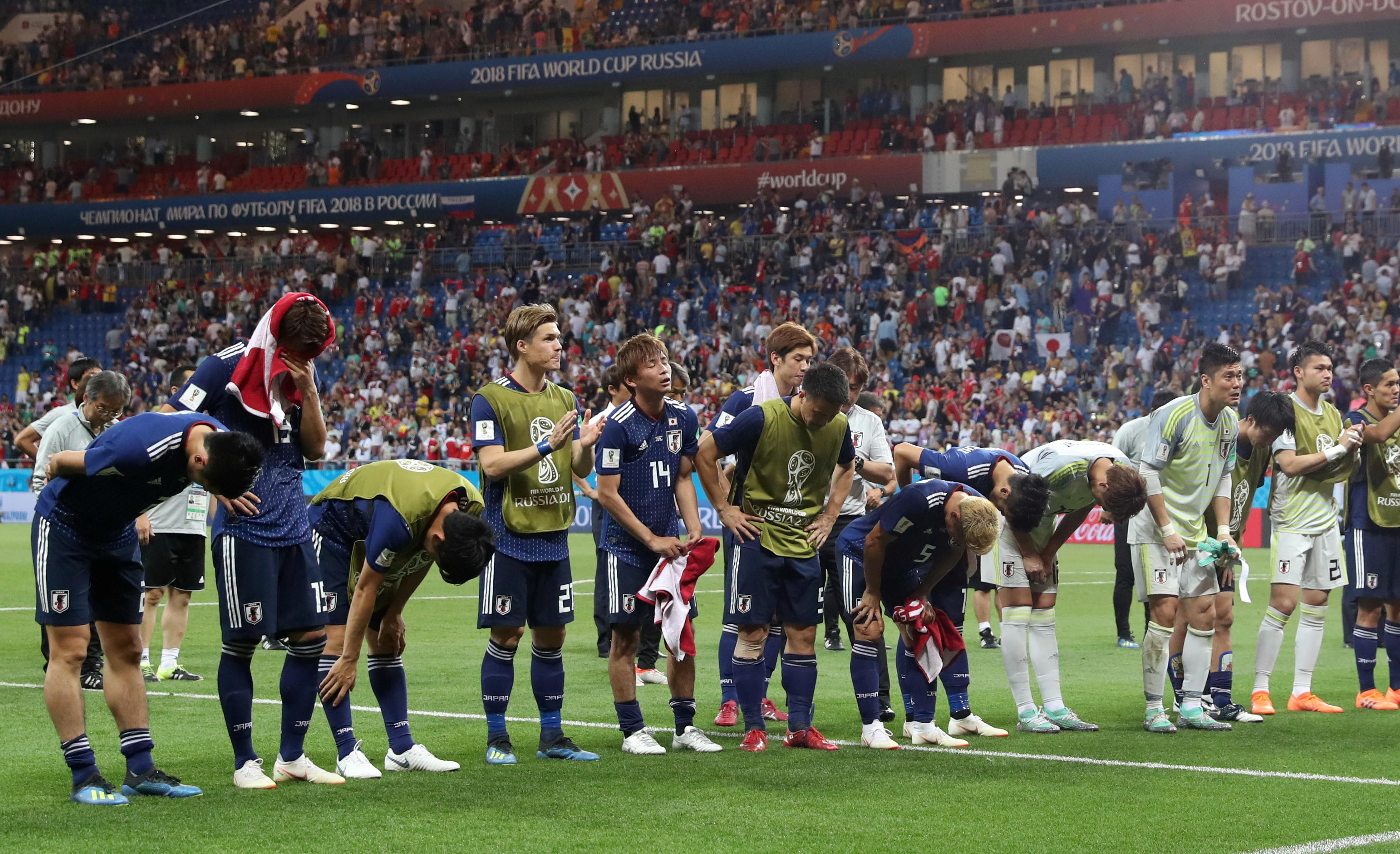 If the World Cup was won on sportsmanship, Japan would have taken home the top prize. After a heartbreaking loss to Belgium in the round of 16 on Monday, the Japanese men's team stayed behind to clean up their locker room.

Japan held a 2-0 lead in the second half before the Belgians stormed back to take control of the game in the final seconds, CBS Sports reports. Belgium scored three goals in the final 25 minutes to earn the 3-2 victory. Nacer Chadli netted the winning third goal in the 94th minute.

Despite Japan's loss, the team saluted their traveling fans with a bow and also took the time to clean out their locker room before leaving, according to a photo shared by sports journalist Tancredi Palmeri on Twitter.

The photo shows a spotless dressing room and a note with a single word in Russian: "спасибо (spasibo)," which translates to "thank you."

But it was't just the players. Japanese fans stayed after every game of the tournament to clean the trash out of their section of the stadium -- including Monday. Some fans even tidied while fighting back tears.