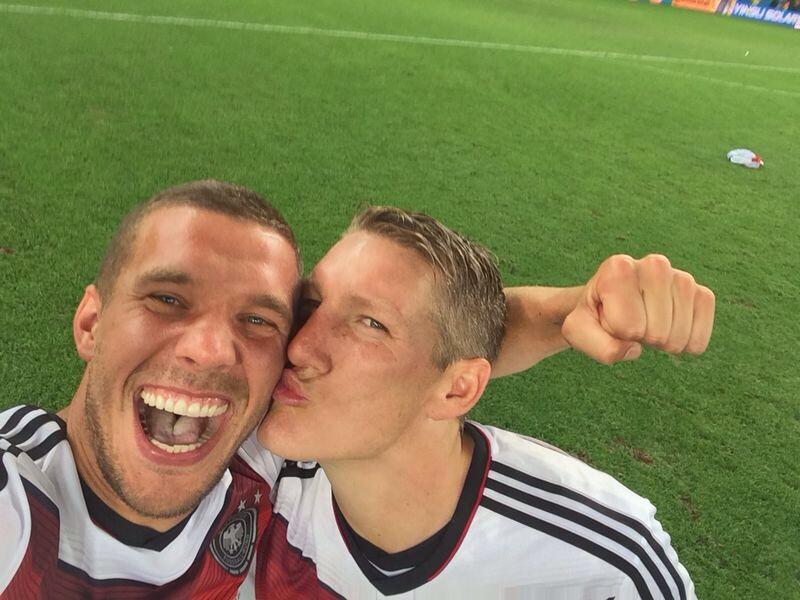 The thrilling World Cup championship match between Germany and Argentina set new Twitter and Facebook records, according to the social media platforms.

The World Cup final set a new Twitter record of 618,725 tweets per minute discussing the match, according to Twitter data.

This live-time heat map illustrates just how much the Twittersphere lit up across the globe as Germany outlasted Argentina 1-0 to win the nation's fourth World Cup trophy:

Fans and athletes all chimed in on Twitter during and after the match. Even the pope - or at least a guy dressed as the pontiff in Buenos Aires - found his way on social media:

The host nation's most iconic player congratulated the victors:

Then there was some basketball player from Akron, Ohio, who has been in the news lately:

Minutes after his team climbed to the top of the football world, German striker Lukas Podolski made sure to tweet a selfie with teammate Bastian Schweinsteiger:

Meanwhile a dancer alleged to be German star Thomas Muller got his groove on:

Of course, for all the German ecstasy, there was an equal dose of Argentine agony. But mutual respect still won the day on Twitter: