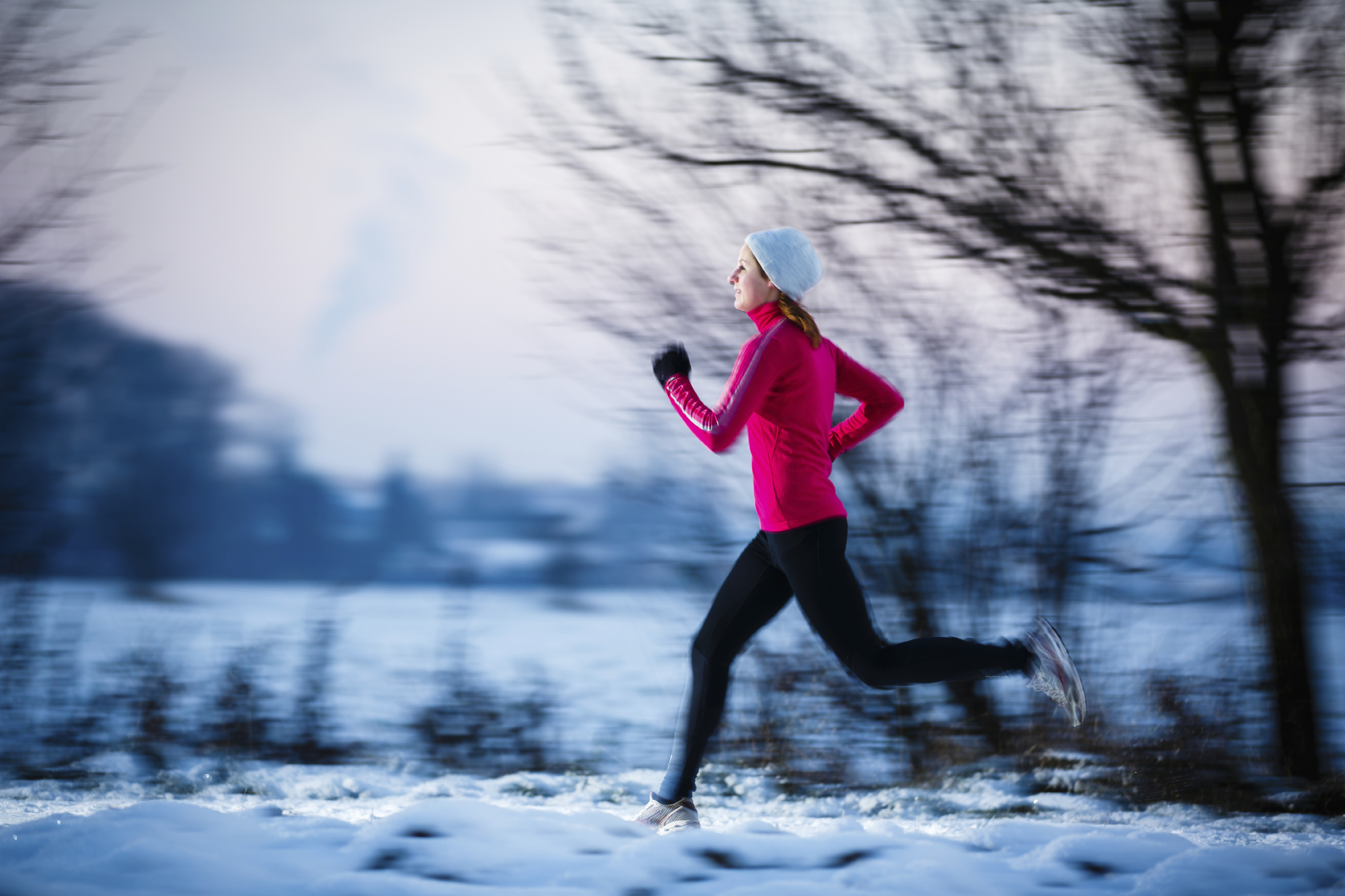 Whether you're a fair-weather exerciser or a serious runner training for your next race, a blustery winter day can derail your best intentions. But don't let the temptation to stay warm and cozy indoors prevent you from getting an invigorating workout. With the right cold-weather gear, you can safely brave the chill, and coach John Honerkamp of the New York Road Runners is here to help.

"Training outside takes more dedication in winter months," Honerkamp admits. "It's nice to have a running group or coach, but you don't really need it." As senior manager of runner products and services for NYRR, Honerkamp manages the organization's virtual training program, which allows runners to sign up for personalized online training regimens based on individual level of expertise. Honerkamp told CBS News that with this program he coaches about 900 runners from all over the world for half and full marathons.

"I've been running for 30 years, it's part of my DNA now," Honerkamp says. And, he claims, he's made and heard every excuse in the book not to go out and run in the cold.

Here's Honerkamp's advice to get you going on those chilly outdoor workouts:

2. Wear layers. "It's important to layer up and wear the right stuff because you don't want to get frostbite on fingers, toes or ears," Honerkamp warns. The key to layering is wearing lighter pieces of clothing that you can remove as you warm up. "Don't go out in one massive sweatshirt that is going to be too hot,"he says.

3. Know yourself. Understanding your running style can help you decide if you're better off going it alone, or finding an accountability partner. Honerkamp says, "I do my best thinking when I'm running on my own." But sometimes having other people counting on you will make you less likely to blow off a run. There are running clubs all over the country that offer meet-ups and group runs to keep you motivated.

4. Remove layers quickly post-run. After you get home, immediately get out of your sweaty running clothes. Honerkamp says to avoid catching a cold, peel off your hat and lower layers first, and then jump in a warm shower.

Running tights. Honerkamp says if it's 30 degrees or below, tights are vital.

Long-sleeve top layer. "You may want to go up a size so that this top can fit over two under-layers," Honerkamp suggests.

Jacket. Look for a jacket with a zipper up to your neck so you can unzip when it gets too warm. Since running jackets can be expensive, Honerkamp suggests going to a good running store to try some on before committing to a purchase.

Running hat. Don't go out without a hat or a thick headband that covers your ears, since they're susceptible to frostbite.

Mittens. Honerkamp likes running in mittens rather than gloves because they help keep fingers warmer.

Trail shoe for snowy weather. "If the snow has turned to ice and you still want to run outside, yaktrax makes rubber spikes that go over running shoes for traction," says Honerkamp.

Water-resistant options. For rain or snow, have waterproof pants and a jacket ready to go.

Although he loves his outdoor runs, Honerkamp knows they may not be for everyone. In particular, running on ice can be dangerous. If you have all your warm gear, and running in freezing weather still makes you miserable, a treadmill is another option to get your miles in. But if treadmill running bores you, get creative. Honerkamp says "cross-training can take the place of some of your runs when you can't bring yourself to go outside. Try swimming, running stairs or doing a core routine in the living room."