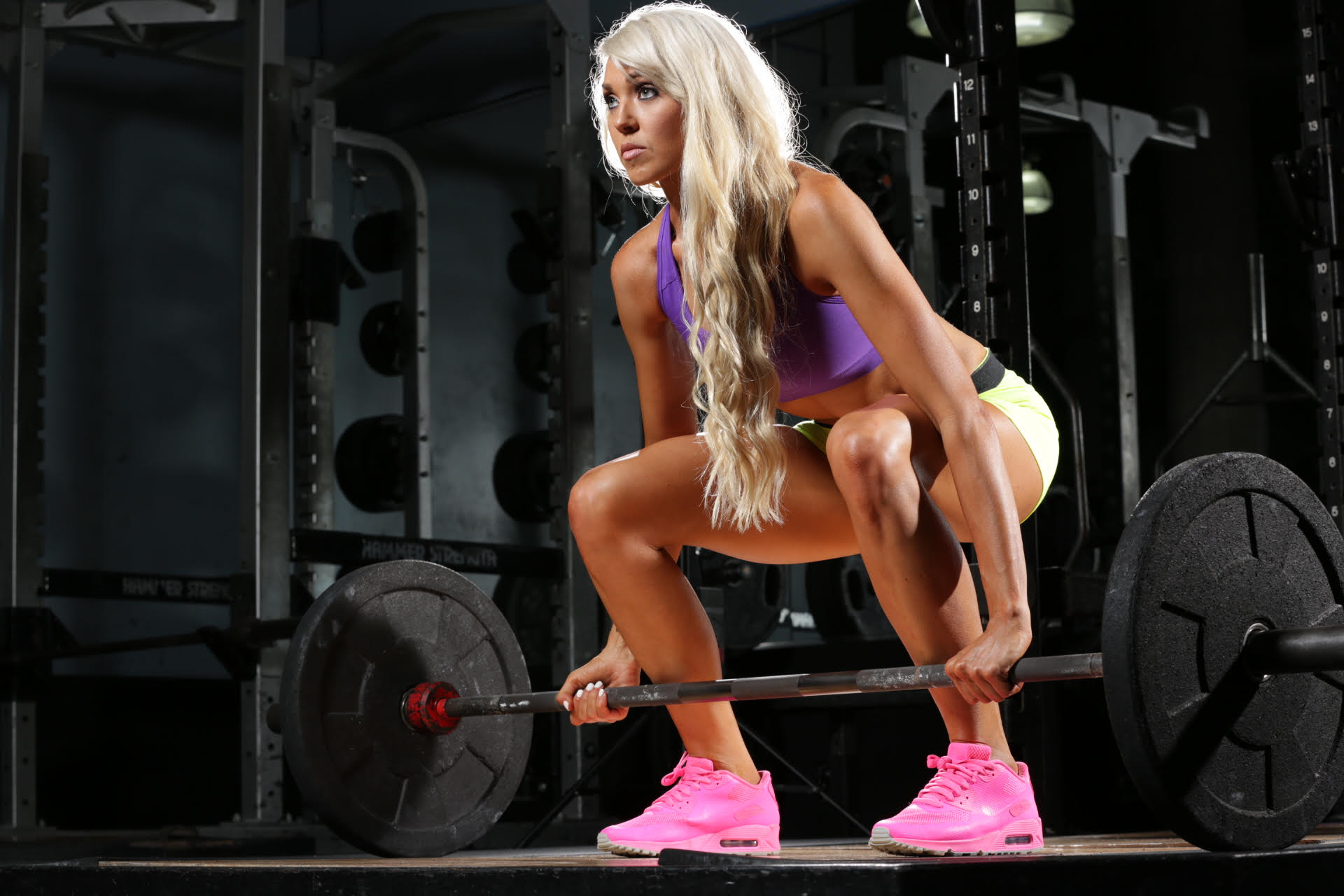 Take a look around your local gym. You might expect to see the majority of women congregated around miscellaneous cardio equipment or perhaps mid-way through a spin class, while men are picking up the weights.

But that scene is changing, and it's changing fast, as more women take up serious weight training.

"It's no longer taboo for women to become fit and strong," says Matt Gary, co-owner of Supreme Sports Performance and Training (SSPT), a powerlifting gym in Rockville, Maryland.

Competing in powerlifting himself for two decades, Gary is no stranger to the field. He is a weightlifting and strength coach and currently serves as the USA Powerlifting coaching committee chairman. He was named coach of the year in 2012.

He and his wife, SSPT co-founder Suzanne Hartwig-Gary, have seen an influx of women joining their gym, pursuing serious weight training and even entering powerlifting competitions.

"Just looking at the last ten years, women now think it's cool to be strong, fit and have some muscle instead of just being skinny," Hartwig-Gary, said. "Today, being fit is seen as a lot better than just being skinny."

Society's idea of beauty and the ideal body image constantly changes, especially when it comes to women. For decades, many women spent hours doing cardio, obsessed over fad diets and tried detox teas and other gimmicks to try to fit into skinny jeans.

But lately this appears to be changing. While men have traditionally dominated the weight rooms, now more women are realizing that lifting weights does not create a stereotypical bulky physique.

Bodybuilding and flexible dieting coach Brittany Dawn did not always follow a healthy protocol. She attributes some of her past unhealthy behaviors to the unrealistic expectations society places on women.

"I was convinced that happiness meant having a thigh gap, collarbones, a virtually absent waist and wearing size 00 jeans," Dawn said. "On an average day, I would do 2-3 hours of cardio, and follow it with an overly restrictive diet. I lost friends. My family knew I had a problem, and I chose my workouts over going out to make memories. My only concern in life was being skinnier because society told me that this was what would make you beautiful."

But now that she's taken up weight training and come to view food as fuel for training, rather than a vice, her strength and confidence has skyrocketed.

"I've been weight lifting for a little over three years now. My cardio is minimal, almost non-existent. I no longer have 'fear foods,' simply because I've discovered what food can do for any human physique when implemented properly. My body composition has completely altered. Through trial and error, ups and downs, I've learned that strong feels so much better than skinny," Dawn said.

One powerlifter told CBS News her weight loss journey has been and will always be performance driven.

Squiller has always lived an active lifestyle and been involved in sports, joining the rowing team Clemson University and teaching spin classes. A year ago, motivated by her brother, she started powerlifting at SSPT.

That same sense of empowerment is popping up all across the country from emerging lifestyle and fitness groups, raising awareness about the benefits of weighlifting and empowering women to live life at their fullest and strongest potential.

Barbell Babes, a group based out of Washington, D.C., calls itself "a community to help empower babes to break boundaries, whether that's lifting heavy or anything in life."

The group's 25- year-old founder Tiffany Kay Tam wanted to give women a community to grow in, and naturally for her, it's centered at a CrossFit gym.

Using the hashtag #liftlikeababe, women can share their experiences and are oftentimes featured on the group's Instagram.

In addition to seeking personal fulfillment through strength training, more women are also delving in to competitive weightlifting

For the first time ever, more women than men competed in the 2105 raw powerlifting portion of the Arnold Classic, the competitive bodybuilding event that drew 18,000 athletes last spring. Competing "raw" means no use of specified gear such as squat suits or bench shirts.

Priscilla Ribic, who holds multiple women's powerlifting championships, said the proof is in the numbers.

Last year, she said, women made up about 37 percent of the membership in USA Powerlifting, and she expects the final membership figures could be even higher for 2015.

The majority of members come from Texas, followed by Wisconsin, primarily due to their "excellent" high school programs, Ribic said.

"I think it's so important that women become confident with their bodies," Matt Gary said. "Strength training and weightlifting empowers them. The focus is moved away from being skinny [to] being comfortable in your own skin."