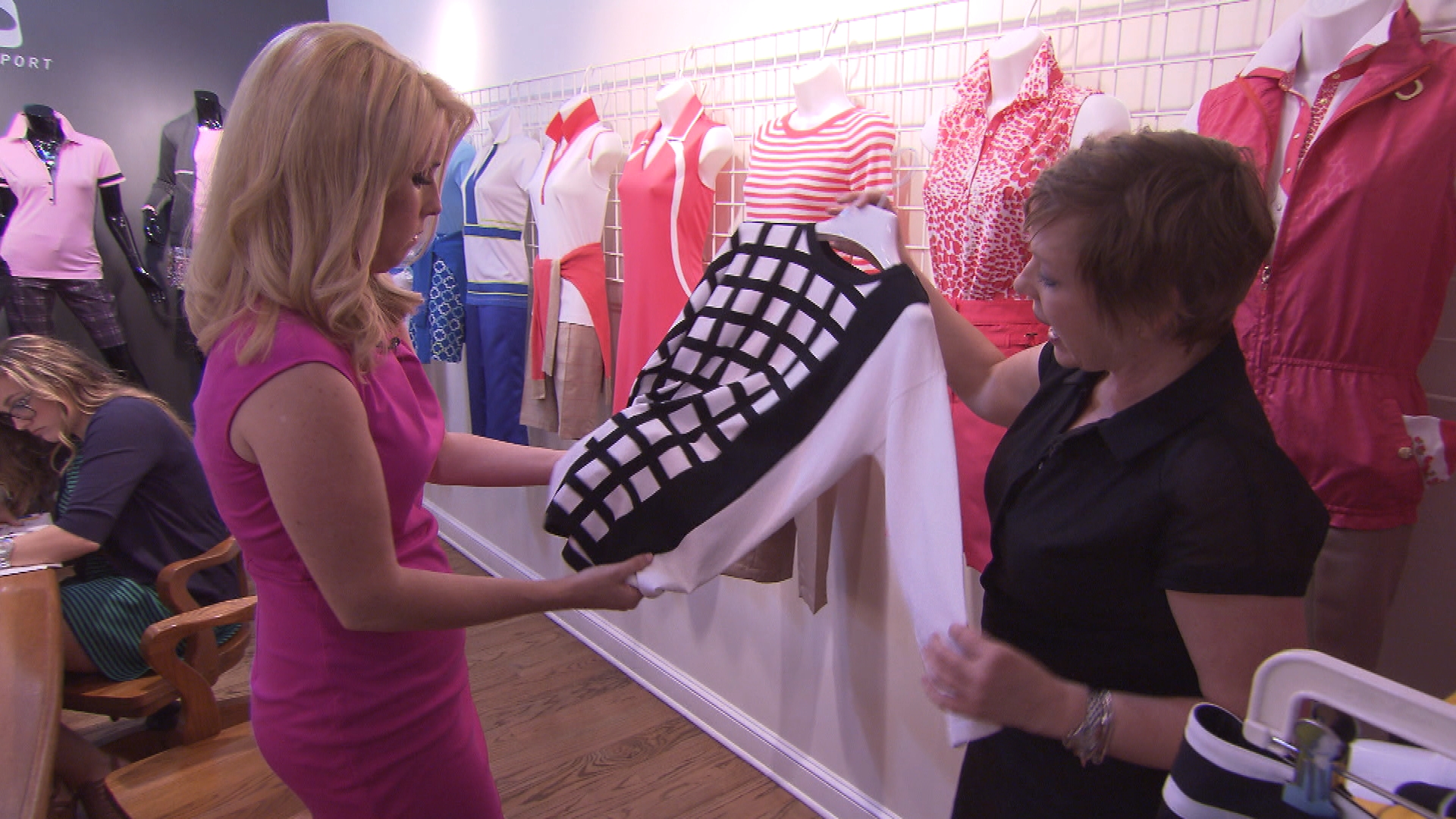 A new report says women are starting businesses more than ever: close to 1,300 a day.

But it's not easy. Women often have to rely on their own money to get off the ground, like one group hoping to turn their passions into profit, CBS News correspondent Vinita Nair reports.

Allison Dorst has two minutes to pitch a company she's been building for four years.

In 2010, Dorst left a career in recruiting to start Pinksandgreens.com, a shopping website for women's athletic wear. She wants her company to be a serious competitor in the $35 billion sporting goods industry.

"I think it's difficult. You've got, you know, really big players in the industry," Dorst said. "And we're starting the company from scratch. I started it a couple of years ago in my one-bedroom Manhattan apartment, and we completely bootstrapped it entirely to this point."

Dorst said she spent more than $100,000 of her own money to launch Pinks and Greens, and this year, the company will sell more than $1.5 million of clothing. But to continue growing, she now needs outside investors.

That's why she's pitching at events that connect start-ups in need of money to experienced investors. One of her most recent was a night created by women, for women.

"There's not that many of us," Dorst said. "I go to these events and it's majority men."

And when they do launch their own enterprises, women typically don't start on a level playing field. On average, men start companies with nearly twice as much money as women.

"I invest in women-led companies for one simple reason, which is I think I'm going to make more money," said Adam Quinton.

Quinton came to the same event as Dorst as an investor, one of just a few men in the room. He says the biggest challenge for women is that men simply invest in other men.

"So if you got mainly guy investors, and they're being recommended stuff by mostly other guys," Quinton said. "Let's not call it sexism, let's just call it unconscious bias."

But increasing numbers of women are launching successful companies on their own. Sarah Blakely started the now billion dollar Spanx line with her own $5,000 investment.

And when Carley Roney and her partner started TheKnot.com 18 years ago, she wanted to bring the wedding industry into the digital world. Today her media company is worth more than $300 million.

"I think the world has realized that 80 percent of the purchasing decisions on this planet are made by women," Roney said. "Companies founded by women could be a really amazing entry point to really building products that are going to speak to the market that's driving so much purchasing across the planet ultimately."

Dorst knows the path to investors isn't easy: "Once you get in and they meet with you and they understand exactly what it is that you're doing and your plan, I feel like that's the easy part," she said. "The hard part is getting your network. And you've exhausted your personal network. It takes time."

And as these women hope to prove, sometimes the best network might just be your own.

Dorst did not find out that night if she would be gaining any additional investments. After that first pitch, she'll typically have to meet with investors again in order to advance any investment negotiations.

So these events are truly about getting one foot in the door.