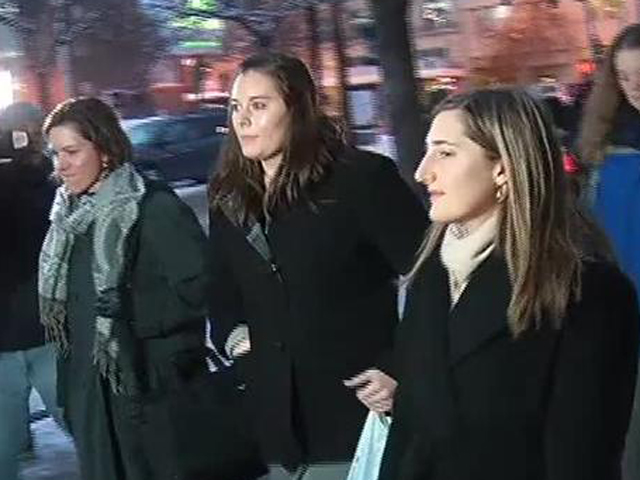 MISSOULA, Mont. - A Montana newlywed pleaded guilty Thursday to killing her husband of eight days by pushing him from a cliff in Glacier National Park while they argued about her second thoughts about the marriage.

The surprise plea agreement with prosecutors came just before closing arguments were set to begin in the trial of Jordan Graham, 22.

In exchange for the guilty plea to second-degree murder, prosecutors agreed to drop a first-degree murder charge and a count of making a false statement to authorities.

Graham could face a maximum sentence of life in prison when she is sentenced on March 27.

In accepting the plea, U.S. District Judge Donald Molloy told Graham to recount exactly what happened the night of July 7 when her husband Cody Johnson, 25, fell to his death in the park.

Graham said she decided to confront Johnson about her doubts and she did not know how he would take it. They climbed down a treacherous slope below a popular spot in the park called The Loop and spoke on a narrow ledge hundreds of feet above a ravine.

She told Johnson that she wasn't happy and wasn't feeling like she should after getting married. They argued, and at one point, she said, he grabbed her by the arm and she thought he was going to pull her.

She told the judge she got angry at Johnson, brushed his hand away then pushed him, with one hand on his arm and one on his back.

"I wasn't thinking about where we were. ...  I just pushed," Graham told the judge.

She said she then drove back to her home in Kalispell without calling for help because she was so afraid she did not know what to do.

Graham's mother, Lindy Rutledge, buried her head in her husband's jacket sleeve as the judge questioned her daughter.

U.S. marshals then led away Graham in handcuffs.

It was Graham's choice to accept it, he said.