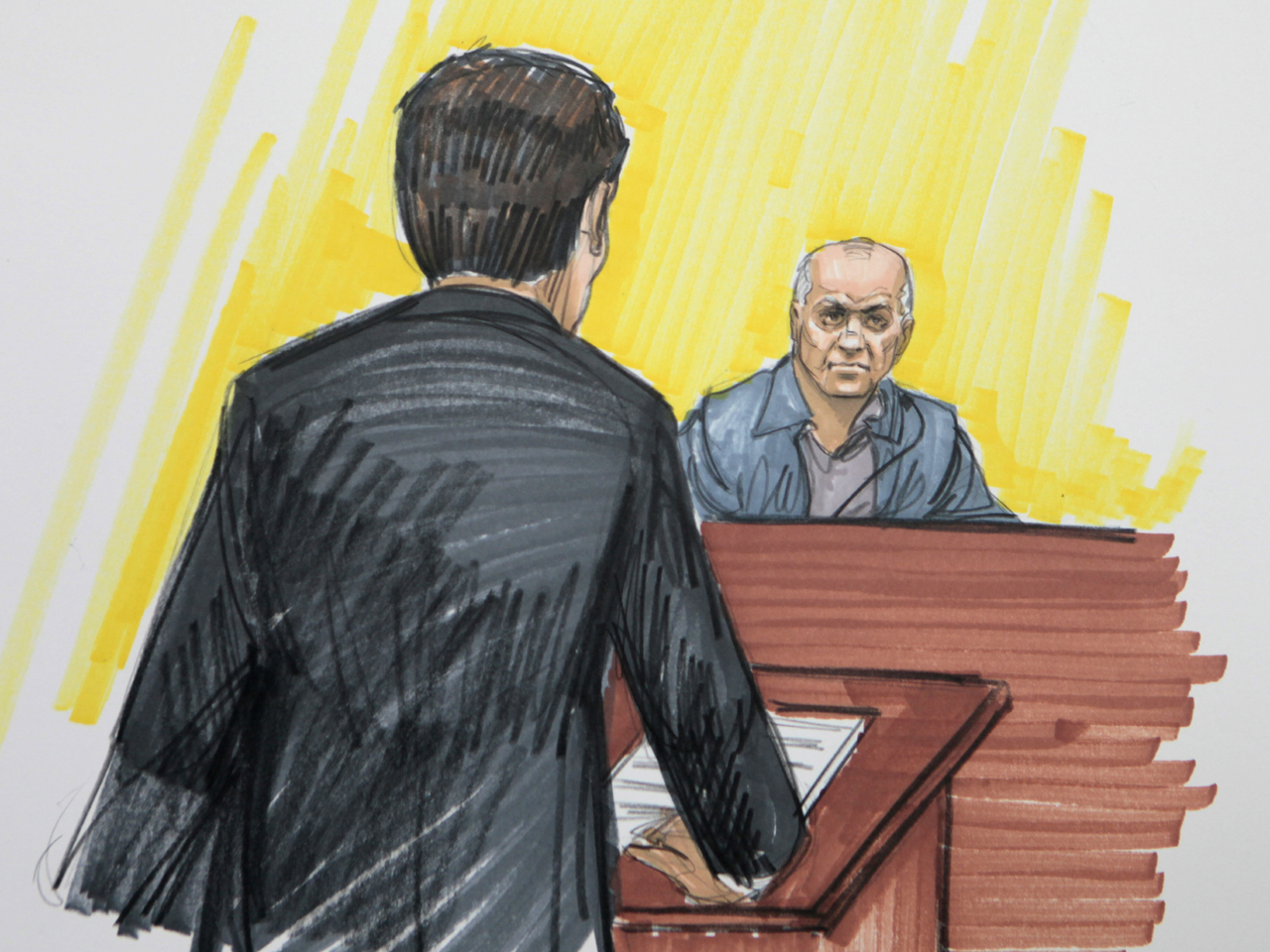 CHICAGO - The federal government's key witness in the trial of a Chicago businessman accused in the 2008 Mumbai attacks testified Monday that he first started training more than a decade ago with a Pakistani militant group that received assistance from the country's main intelligence agency.

The trial of businessman Tahawwur Rana is being closely watched worldwide for what testimony might reveal about suspected links between the Pakistani militant group blamed in the rampage on India's largest city and Pakistan's main intelligence agency, which has come under increased scrutiny since Osama bin Laden was killed by U.S. forces on May 2 outside Islamabad.

Of particular interest is the government's first and main witness, David Coleman Headley, who is cooperating with prosecutors after pleading guilty to taking photos and videos of targets in Mumbai before the rampage that killed 160 people including six Americans over three days.

"They coordinated with each other," Headley said under oath. "ISI provided assistance to Lashkar." He provided no immediate other details.

Rana is accused of providing cover for Headley, his long-time friend from boarding school, by allowing him to use his Chicago-based immigration services business as a cover when he traveled to Mumbai to scout sites.

Headley, who wore a light blue golf shirt and dark windbreaker, told jurors Monday that he received weapons and leadership training with the Pakistani militant group Lashkar-e-Taiba since 2000 and it was his understanding that Lashkar and Pakistan's Inter-Services Intelligence agency, known as the ISI, helped each other.

Headley said when Lashkar leaders began talking about a possible attack in India, he suggested that he get involved. Before moving to Mumbai in late 2006, Headley said he first came to Chicago, met with Rana and explained the plot in hopes of persuading Rana to let him open a branch of his immigration services business as a cover.

"I knew my friend had an office and I could persuade him to help us out," Headley told jurors.

Headley described how once in Mumbai, he spent many hours doing surveillance including taking video of the Taj hotel and other sites. He also said he traveled frequently between India and Pakistan, where he met with a man by the name of "Major Iqbal," who was described as working for the ISI, and another man named Sajid Mir, who was described as Headley's Lashkar handler. He said the two men were in communication with each other.

Attention to the trial in Chicago's federal court has increased in recent weeks, especially amid questions about whether the ISI had knowledge of bin Laden's whereabouts. Security has been tightened, with more armed guards and a metal detector outside the courtroom in downtown Chicago, and many reporters from Denmark and India are covering the proceedings.

"Headley's testimony is a nail in the coffin of U.S.-Pakistani strategic cooperation," said Bruce Riedel, a former White House adviser on Middle Eastern and South Asian issues. "Until now his commentary has gotten very little attention outside India, now it will finally get the attention it deserves here."

CBS News national security analyst said the question of how much aid Pakistan officially provided will be the key discovery of the trial.

"You have a question as to whether or not the Pakistani government, the intelligence services, the military were complicit in the run-up and execution of the Mumbai attacks," Zarate said.

But some experts are doubtful the trial will reveal much new. For one, federal prosecutors may work hard to keep any sensitive information from surfacing in the courtroom, and Headley's credibility has been under question.

Headley, born Daood Gilani, reached a plea deal with prosecutors in the terrorism case in exchange for avoiding the death penalty and avoiding extradition. He's also been an informant for the U.S. Drug Enforcement Administration after a drug conviction.

Rana, 50, has pleaded not guilty in the case. His name is the seventh one on the federal indictment, and the only defendant in custody. Among the six others charged in absentia is Mir and "Major Iqbal," whose name is officially listed as unknown. "Major Iqbal" is an alias, according to the indictment.

Earlier Monday, attorneys painted opposing portraits of Rana, a Pakistani-born Canadian who has lived in Chicago for years.

Defense attorneys said their client was simply taken advantage of by his longtime friend and did not know what was in store. Headley and Rana met at one of Pakistan's most prestigious military boarding schools and stayed in touch as adults.

Defense attorney Charles Swift told jurors during opening statements that Headley was a "manipulative man" who "balanced multiple lives" including working for Laskhar-e-Taiba, Pakistani intelligence and DEA at the same time.

"David Headley ... has been manipulating people for years. Dr. Rana is by far and away not the first," Swift said during opening statements.

But Assistant U.S. Attorney Sarah Streicker said Rana was not duped and knew of the plans. She said Rana provided cover for Headley and led him to pose as a representative for his Chicago-based immigration business. She also said Rana knew and supported a separate plot that never happened against a Danish newspaper that had printed cartoons of the Prophet Muhammad and that Rana and Headley had talked about at least four other plots. She gave no further details.

"The defendant knew all too well that when Headley travels to a foreign country, people may die," Streicker told jurors.

Streicker said the government will show jurors evidence including emails between Headley and Rana that were written in code. She said Headley considered Rana "his best friend in the world."

"The defendant didn't carry a gun or throw a grenade. In a complicated and sophisticated plot, not every player carries a weapon. People like the defendant who provide support are just as critical to the success," Streicker said.