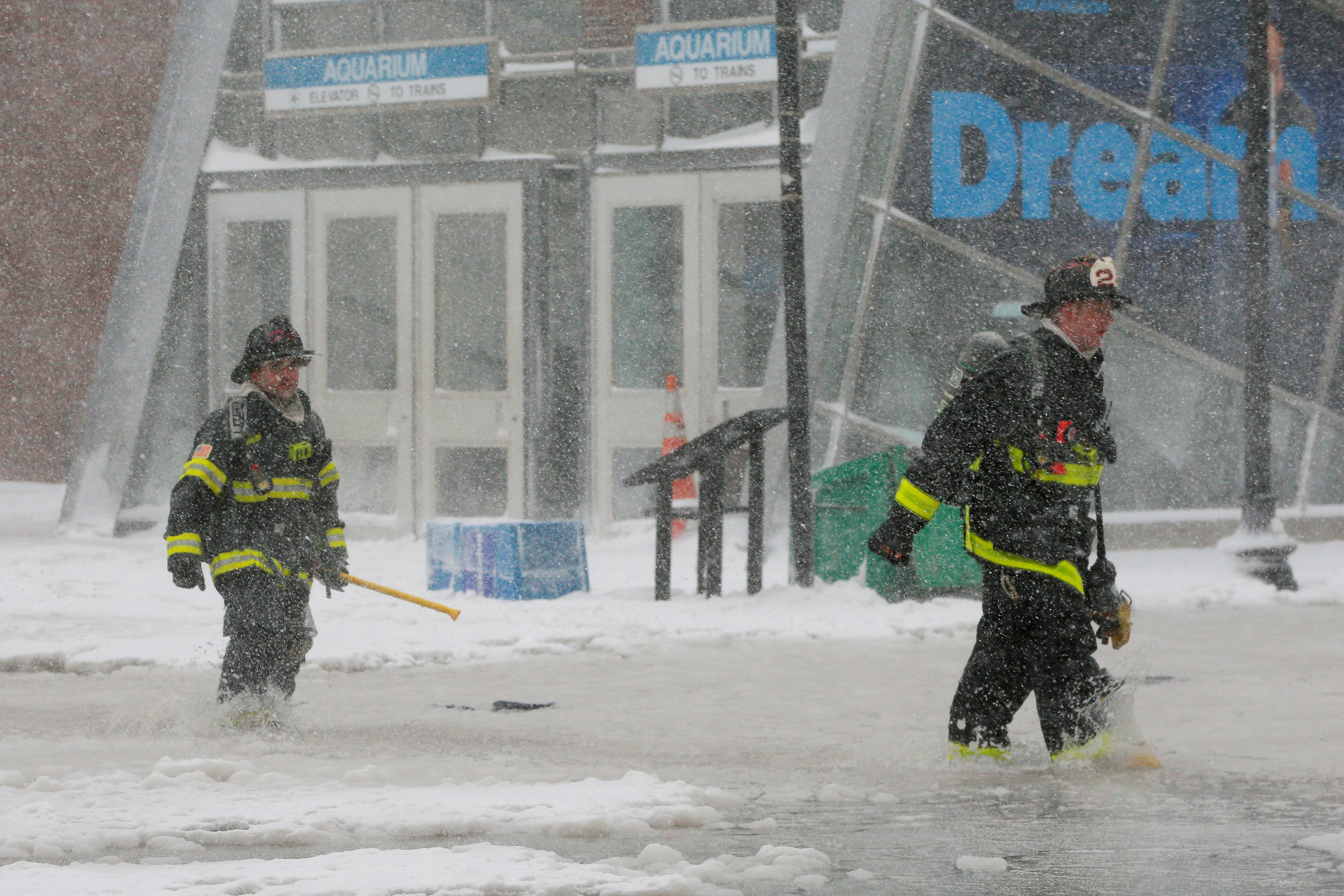 Millions are waking up Friday to dangerously low temperatures after a massive winter storm roared up the East Coast. From Massachusetts to Connecticut to Maine, surging ocean tides and winds gusts of more than 70 mph slammed into New England, flooding streets in Boston with icy cold water. It's the worst coastal flooding the city has seen in 40 years. Now, subzero temperatures have turned it all to ice, reports CBS News correspondent Don Dahler.

More than 100,000 homes and businesses lost power in the northeast, and at least 19 deaths are being blamed on the weather. Wind chill advisories are in effect from Virginia to Maine.

The first major storm of 2018 dropped more than a foot of snow in New York City and Boston.

Record coastal flooding was caused by a disastrous mix of events: the storm hit during high tide, which was intensified by Monday's supermoon.

"It was just coming down and it was like up to my waist. I couldn't get back," Massachusetts resident Jennifer Cametti said.

Rescuers in Massachusetts including the National Guard used high-water trucks and even a bucket loader to rescue families stranded in their homes.

"It was really scary and I wanted to get out," Nicole Cametti said. "They came up to the front door and they, like he put me over his shoulders and put me in the car."

Farther north in Boston, icy water from the city's harbor submerged streets downtown and flooded a subway station. Firefighters didn't let it stand in their way, using rafts in the knee-deep water to bring people to safety.

"If anyone wants to question global warming, just see where the flood zones are. Those zones didn't flood 30 years ago," Boston Mayor Marty Walsh said.

The storm's coastal flooding in New England reached levels not seen since the blizzard of 1978.

Temperatures in Boston are expected to drop below zero in the coming days. That means roads that are not properly cleared will freeze over, creating even more dangerous conditions for drivers.

Get an "emotional boost" by giving to others