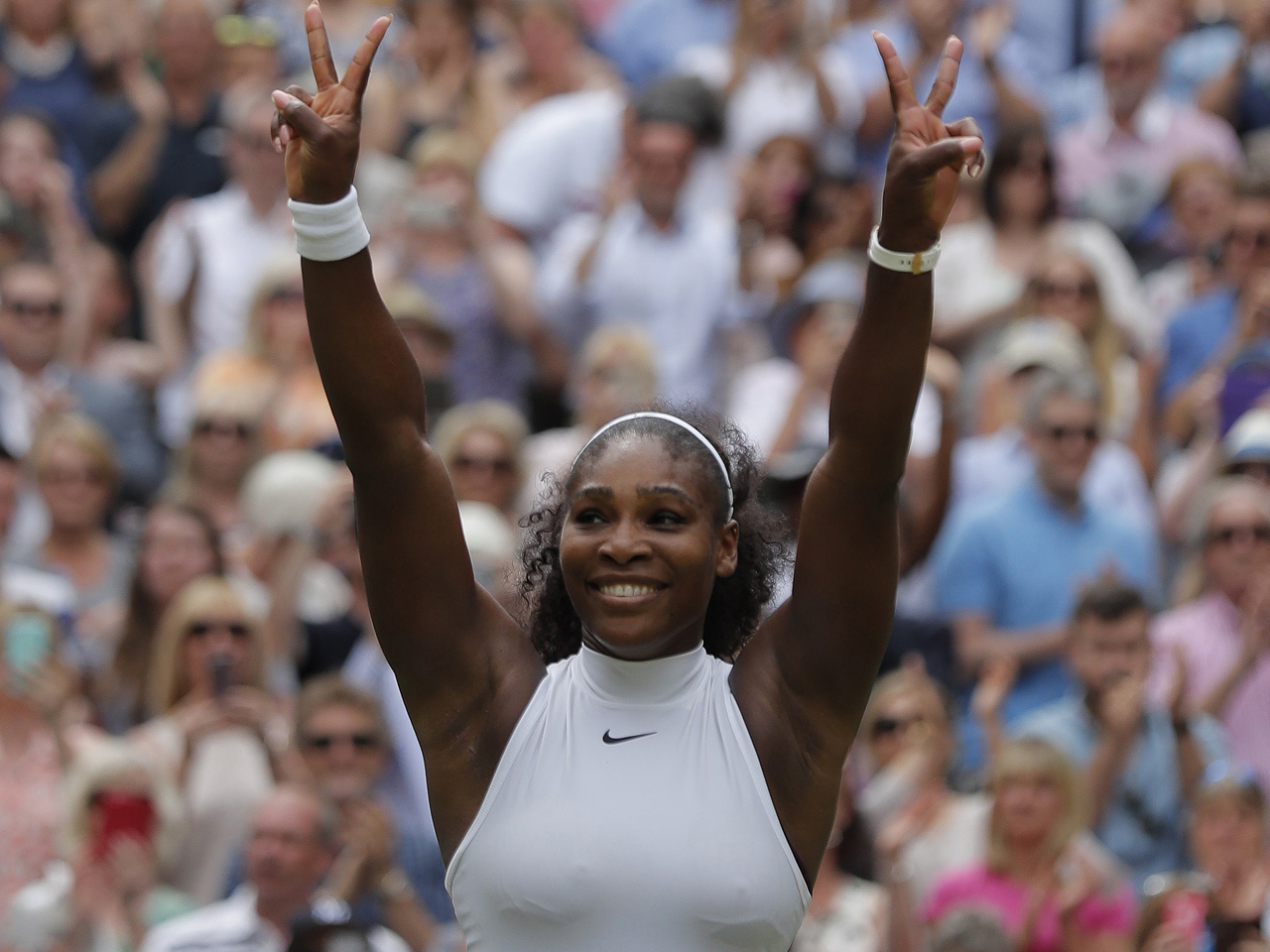 LONDON - The recent fatal police shootings of two black men and the attack in Dallas make Serena Williams worry about her nephews.

Asked about those episodes after winning her seventh Wimbledon title Saturday, the 34-year-old American said: "I'm thinking, do I have to call them and tell them, 'Don't go outside. If you get in your car, it might be the last time I see you.'"

And then, as demonstrators amassed in Dallas on Thursday, five police officers were shot and killed and seven other officers and two civilians were wounded.

"I don't think that the answer is to continue to shoot our young black men in the United States. It's just unfortunate. Or just black people in general," Williams said. "Also, obviously, violence is not the answer of solving it. The shooting in Dallas was very sad."

On Thursday morning, Williams heard the news about the shooting in Minnesota. She then expressed some of her feelings on Twitter.

On Saturday, she spoke more about the events in Dallas and around the country.

"No one deserves to lose their life, doesn't matter what color they are, where they're from. We're all human. We have to learn that we have to love one another. It's going to take a lot of education and a lot of work, I think, to get to that point.

"But I think, in general, the entire situation is extremely sad, especially for someone like me. It's something that is very painful to see happening."