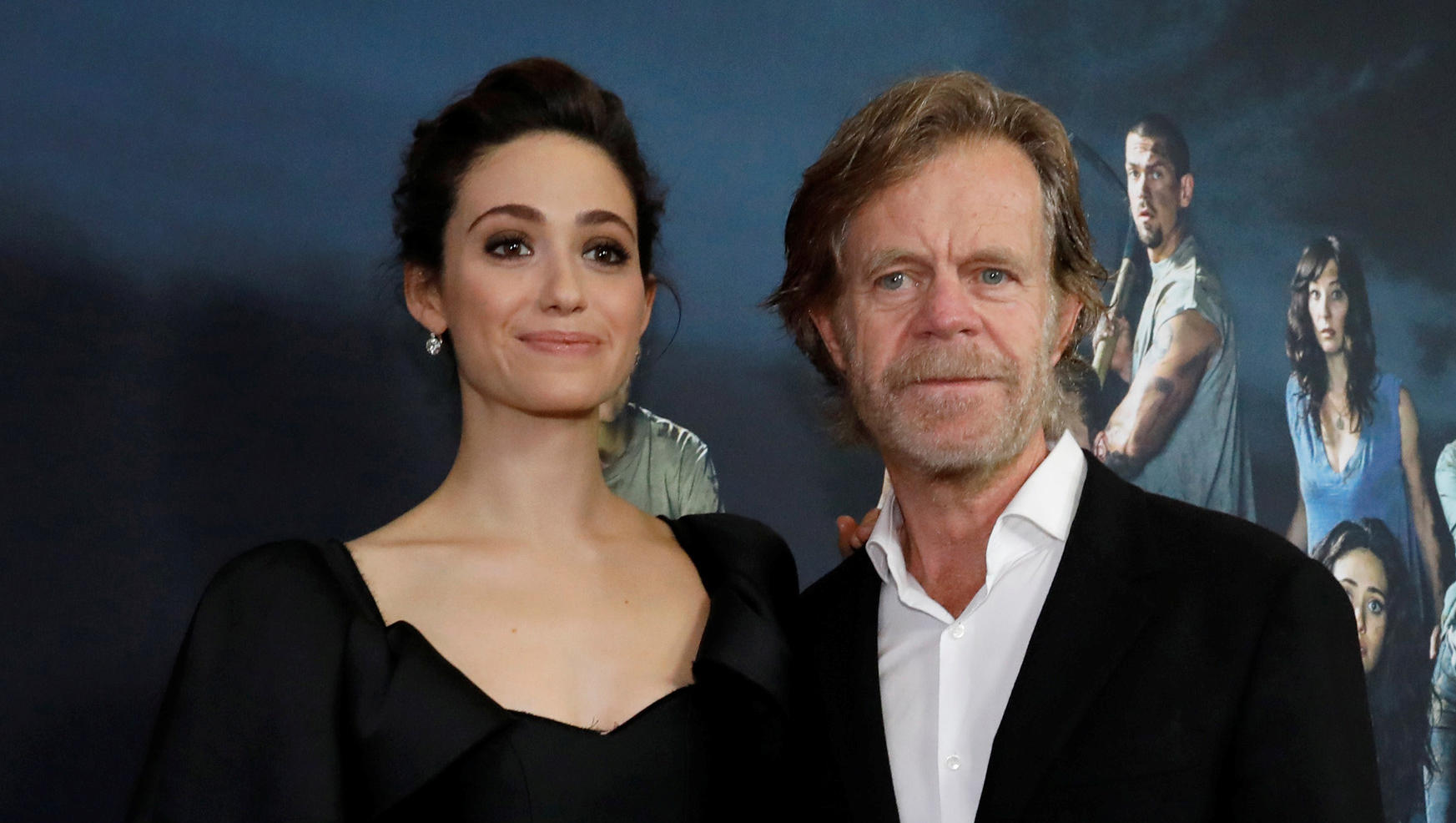 William H. Macy and "Shameless" showrunner John Wells are opening up about Emmy Rossum's exit from the Showtime series. In a new interview with the Hollywood Reporter, the two talked about "empty-nesting" without Rossum's character, Fiona Gallagher, and how they plan to deal with her departure on the show.

Wells revealed that Rossum had been considering leaving the show "for a while." The actress announced in August that she was leaving the hit show after nine seasons, but did not say why. Wells said that though he tried to talk her out of leaving, Rossum wanted to pursue new projects.

"She has other things that she is excited about doing — the Angelyne show and a few things that she's directing," he explained. "She came to the definitive decision a few weeks ago. We'll miss her. At the same time, there are a lot more Gallagher stories to tell."

Macy said he wished Rossum were staying as well, but he understands why she wants to move on.

"We'll be empty-nesting a bit," he said. "I hoped that she would stay, but you get close to year 10 and start thinking about life post-'Shameless.' It's horrifying and exciting."

Wells said that he and his colleagues are rewriting the end of the upcoming season.

"I'm rethinking episodes 13 and 14, so we can deal with Fiona leaving in a way that feels true to the show and also sets us up for more storytelling in the future," he said. "Everything that we'll do with Fiona leaving and then hopefully returning at some point in the future — should Emmy choose to — will be based on that basic premise that these are damaged people who still really love each other and pull together to get through things."

Macy seemed hopeful that Rossum will return to the show in some capacity. He said, "It doesn't feel like goodbye forever. Fiona's got to come back. She's going to leave clothes there!"

Wells said he does not plan to kill off Rossum's character, and Macy explained that now that the other Gallagher family members have grown up, "There's nothing holding her down" anymore.

In August, when she announced her departure from the show, Rossum wrote that she considered her cast mates family, and said, "I know you will continue on without me, for now. There is much more Gallagher story to be told. I will always be rooting for my family. Try not to think of me as gone, just think of me as moving down the block."