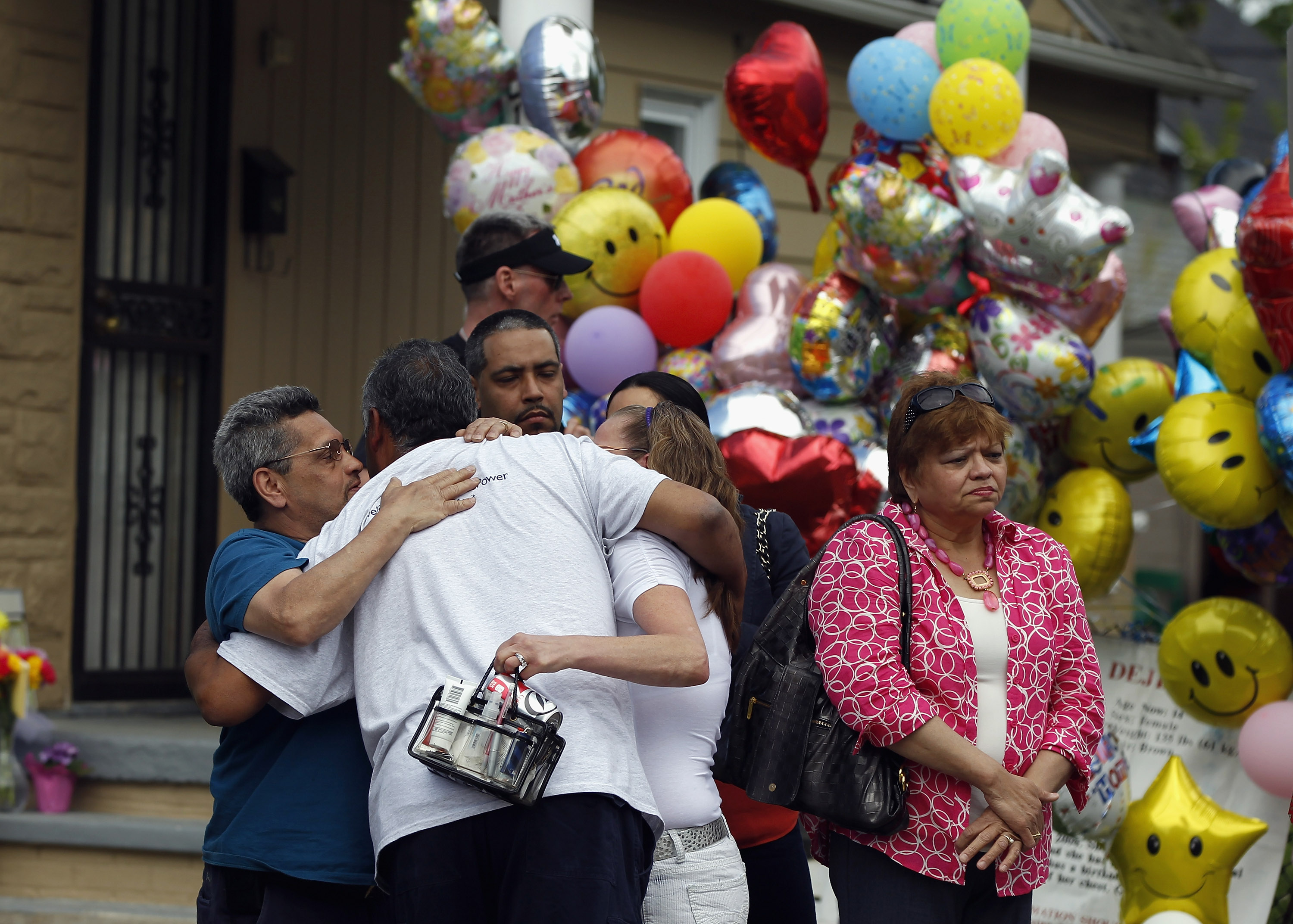 Amanda Berry, Gina DeJesus and Michelle Knight were all found on May 6, about a decade after each went missing from the same stretch of road in Cleveland. The women were in their teens or early 20s when they were allegedly abducted, then held in brutal captivity by suspect Ariel Castro. Officials said that the women were confined in a basement for some time, appeared to have been bound with chains and ropes and could not leave the house throughout the ordeal.

"These people are going to be profoundly affected by the experience that they've undergone, and will clearly be indelibly changed by it," Dr. Jeffrey Lieberman, chief of psychiatry at NY-Presbyterian/Columbia in New York City and president-elect of the American Psychiatric Association, told CBSNews.com.

Lieberman, who is not involved in the Cleveland case, said that because there are still high emotions and excitement due to their recent release from captivity, the women may not be exhibiting the full extent of the damage the abduction has caused them.

He explained that depending on the person's internal capacity to overcome trauma, they may still manifest mood disturbances, irritability, feelings of fear, flashbacks or memories of the experience for days or weeks after their escape.

"We've seen in the past people who have undergone these experiences, they can recover and can lead what looks like functional and satisfying lives," said Liberman. "But internally, they will always have the scar from this type of experience."

The scarring may not be just psychological. Massuchussets-based neuropsychiatrist Dr. Jon Lieff, past-president of the American Association for Geriatric Psychiatry, said that abuse can cause changes to DNA that alter how genes are expressed and regulated. This in turn can change how neurons and brain circuits work, affecting how a person thinks.

He points out, however, that the brain has shown that it can engage in so-called neuroplasticity, the ability to change and overcome the altered DNA markings and negative brain circuits. New brain cells can be incorporated into learning and memory centers to combat the negative changes, he said.

"Love, support, attention, practice, therapies, and willpower can change the brain to overcome the effects of abuse," Lieff stated to CBSNews.com

Experts who have worked with victims of kidnapping before note that perpetrators typically employ psychological abuse as a means for control.

Dr. Catherine Mogil, co-director of the Child and Family Trauma Service and assistant clinical professor at UCLA, said that kidnappers often use fear to control their victims. In previous cases, perpetrators have threatened to harm the victim or their family repeatedly, to the point where the constant barrage of threats makes it seem like a reality.

"They develop this sort of learned helplessness," Mogil, who did not treat the victims, told CBSNews.com. "They feel helpless. They feel powerless."

In similar cases where there is more than one victim, those held captive may form a bond. Even if one has a chance to escape, others may stay behind because they want to protect or help the others, Mogil said.

Lieberman also pointed out that sometimes victims may develop "Stockholm Syndrome," when they begin to form a bond with their captor because they are so ingrained in their lives for a sustained period of time. An emotional attachment occurs, which could make the victims sympathetic to the perpetrator.

"People try and find positive ways to try and relate to other people, even if they are acting in a way that is unfair and detrimental to them," he explained.

What these women are experiencing now is a return to a new world where they are faced with intense levels of sensory stimulation, said Lieberman. Exposing them to everyday activities they may not be used to may be overwhelmingly difficult for them due to the captivity.

"When you do not have a broad range of stimulation or stimuli, your sensitivity to that begins to change and get distorted," Lieberman stated. "If somebody doesn't have the full range of exposure to things, their ability to sort of appreciate and perceive the differences will become more dull and less acute. So the fact that these people have not been out will have an impact on their sensory perception."

In addition, they'll have to re-form a bond with their families. Because so much time has passed, the victims are no longer the same person that their families remembered and vice versa. Lieberman said it's not like they're strangers entering the house, but it's welcoming someone who may be quite different from the rest of the family.

They'll also have a challenge introducing any children they may have had during their ordeal. Amanda Berry escaped with a 6-year-old daughter; a paternity test is being conducted to see if Castro is the child's father.

Mogil explained that children born under these circumstances are comparable to a child who is born to a rape victim. These children will never have an intact family, and psychologists and psychiatrists fear that mothers may often be reminded of their experiences when they notice a mannerism in their child that reminds them of what the attacker did or notice the child having the same physical features as their attacker. Family members can also inadvertently bring up how the child looks like or acts like the perpetrator.

"Parents of kids have to often be careful and make sure they're being clear with their family members that this child is mine and is good and is not everything this perpetrator represents," she stated.

However, Mogil said that this doesn't mean that mothers aren't capable of nurturing a child born under traumatic circumstances. They just have to be aware that these trigger events may happen, so they can get themselves into the right place if they notice they are experiencing these reminders.

"Particularly when people have survived tough things, they often think about, 'Why didn't I speak up sooner? Why didn't I cry for help sooner?' They need to remember the parts of themselves that are really good, and particularly the good parts of their children. It doesn't mean the child is terrible."