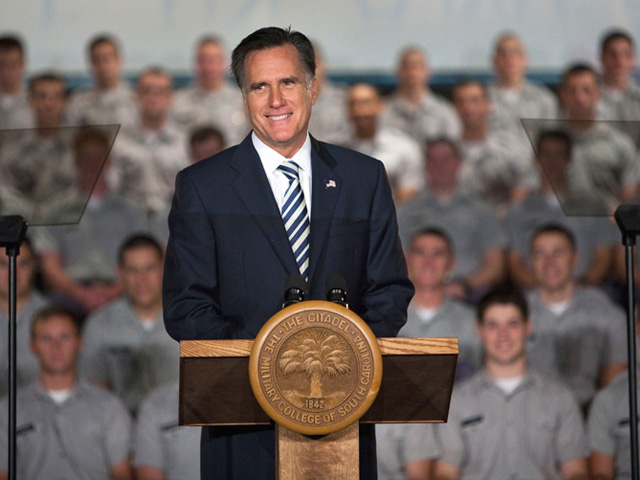 SPARTANBURG, South Carolina - By the second week of January, the Republican presidential contenders will have faced the evangelical caucus-goers of Iowa and the independent-minded primary voters of New Hampshire. For the candidates that survive those contests, the real day of reckoning may come January 21, in South Carolina.

With continued economic turmoil and the rise of Tea Party conservatism in recent years, South Carolina's brand of conservatism has only intensified. Which raises the question: Could the state's streak of predicting the GOP nominee end in 2012? Would the South Carolina of today pick a nominee like Bob Dole or John McCain - or Mitt Romney? Or will the Palmetto State pick a firebrand like Herman Cain - and if so, would the rest of the nation follow?

Voters in South Carolina are still largely making up their minds about which candidate to support. They say they're looking for both authenticity and competence in a candidate - but so far they're coming up short.

"South Carolina takes great pride in choosing the Republican nominee," said Robert Jeffrey, a government professor at Wofford College. "That's one reason, but not the only reason, the South Carolina primary often chooses the more moderate candidate than you might expect. Republicans are looking for somebody not just who can win, but can govern."

"I think most Republicans think Obama can and will be beat," Jeffrey continued. "The question is of who we have to choose from, who will be the best president."

Recent polls out of South Carolina give similar results. An Insider Advantage poll conducted for the Augusta Chronicle suggests the sexual harassment allegations from the 1990s aren't significantly damaging Cain's standing among South Carolina voters: Cain leads in that poll with 26 percent, while Gingrich carries 19 percent and Romney 16 percent.

Still, 20 percent of respondents said they have yet to make up their minds. A recent Clemson poll showed Romney and Cain leading the field, with a full 70 percent still undecided.

"I think this probably could be a strange year, with the volatility in the polling," said Wofford history professor Mark Byrnes. "If you pull back, it seems almost inevitable that Romney will get the nomination. But when you zero in, the road there is not nearly as clear."

Romney zeroed in on South Carolina's concerns when he delivered a major foreign policy speech at The Citadel military academy in Charleston, where he proposed a relatively aggressive plan to increase military spending. The state is home to eight military bases - and defense contractors like Lockheed Martin and Michelin North America.

Andy Roush, a store manager at Wofford College, said that military spending not only appeals to the foreign policy hawks in the defense-heavy state, but also gets at the state's dreary economic state. South Carolina has the fourth-highest unemployment rate in the country, at 11 percent.

"Looking at military funding, that's also kind of voting economically when you think about it," he said. "That's people's job and their livelihood."

Roush said he's currently inclined to vote for Romney but doubts he could win over a state as conservative as South Carolina.

"If you look at politicians who've done well in South Carolina historically - Strom Thurmond, Jim DeMint - generally speaking, they're people that at least the public perceives as straight shooters," Byrnes said, "I don't think a lot of people feel comfortable that they know who [Romney] is."

Roush said he hears people talking about Rick Perry as the person to do so, and he doesn't think the Texas governor's cringe-inducing debate flub this past week will have a major impact.

On the other hand, Ryan Shope, a 19-year-old Wofford student who votes Republican, said Romney's rivals - Perry specifically - "are shooting themselves in the foot."

Newt Gingrich, meanwhile, is making a play for the state by building up the biggest South Carolina campaign staff of any candidate. Gingrich told the Des Moines Register that South Carolina is his "firewall."

Julie Moore, a Spartanburg County resident who works in accounting, said she initially liked Herman Cain but is unsure of the Georgia businessman in wake of the sexual harassment allegations.

"That he can't remember [the harassment complaints filed against him] kind of concerns me," Moore said. "I'm sorry, but as president you have to remember quite a bit."