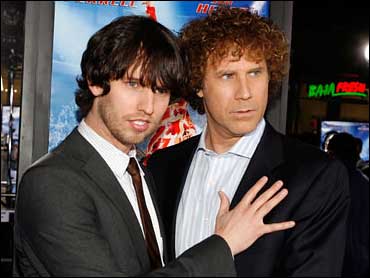 I first met Will Ferrell during his last year on "Saturday Night Live." By then he was the unquestioned star of the show — and arguably one of the funniest cast members ever.

Not bad for a guy who was once deemed most annoying newcomer. I asked him then when he would know it was time to leave and he said he did not want to be like the guy who graduated from high school but still hung around the parking lot. He said, "You have to know when it's time to go."

Ferrell left. And while "SNL" has suffered, Ferrell's film career has taken off. His huge hit "Anchorman" was brilliant. And his supporting roles have been just as funny in "Starsky and Hutch" and "Wedding Crashers."

His new movie, "Blades of Glory," has gotten really bad or really good reviews. Those of us who are in touch with our inner high school sophomore understand the problem: When the teacher used to say, "That's not funny," it usually was.