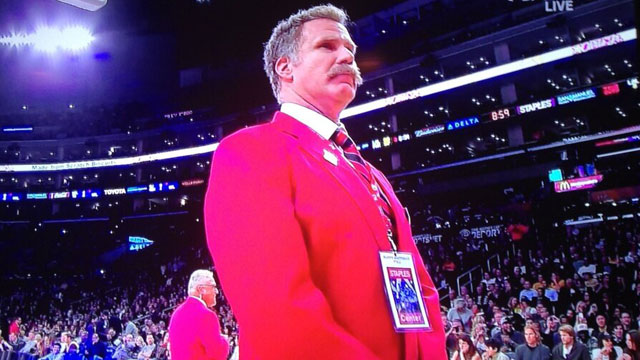 Fret not -- Will Ferrell has no plans to give up his acting career, but the man known for odd courtside stunts did slip into one of the Staples Center's iconic red coats last night to play a security guard.

Stone-faced and rocking a scandalous name tag ("Ted Vagina"), the comedian had the crowd in stitches without saying a word.

He leapt to life at one point to eject a familiar face: Shaquille O'Neal. Watch the video below and see the scene play out for yourself.