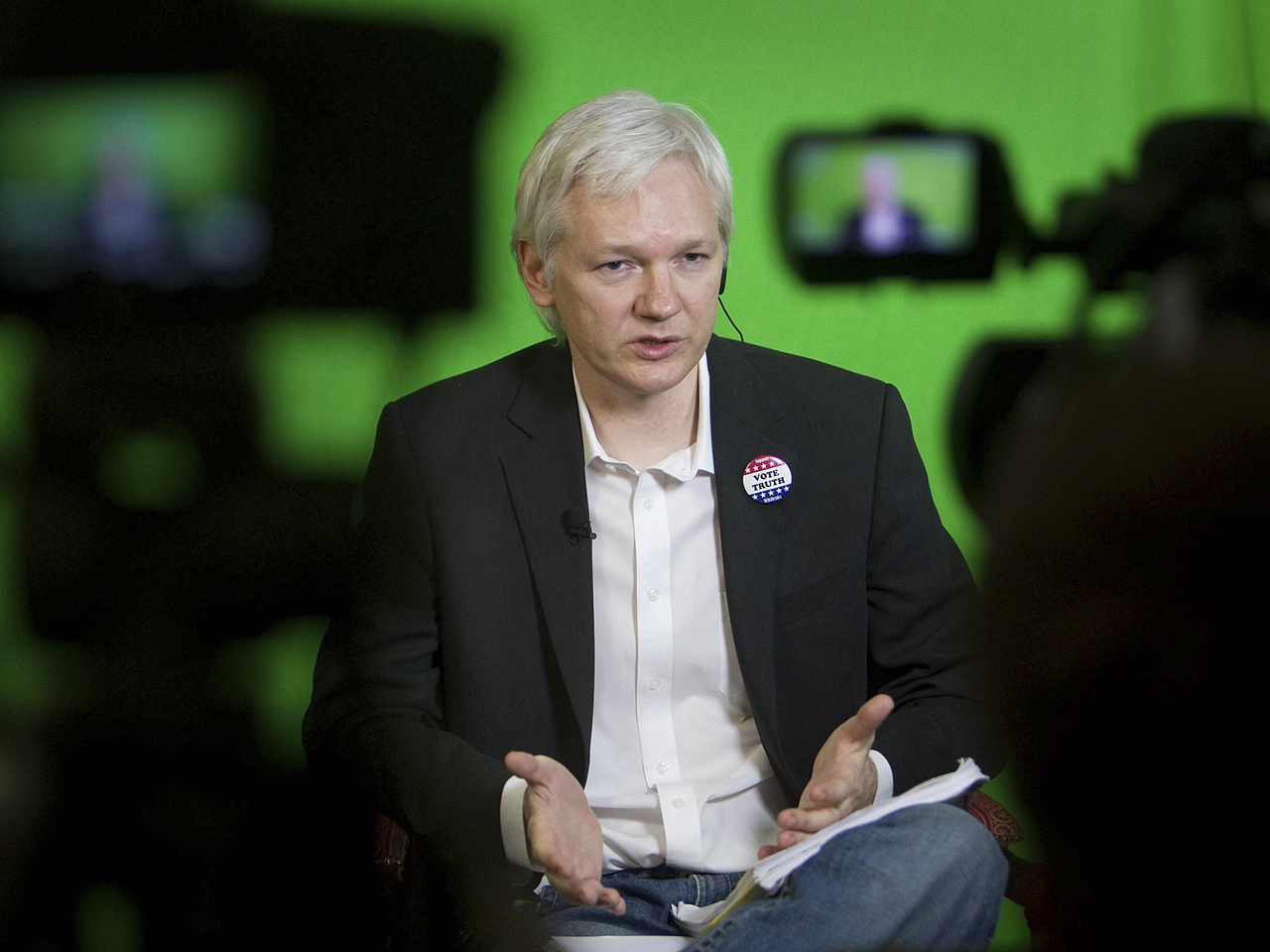 Assange, a 41-year-old Australian citizen who last left his homeland in 2010, addressed the party launch in the Victoria state capital of Melbourne via Skype from the Ecuadorean Embassy in London, where he has taken asylum from extradition to Sweden to face questioning over sexual offense allegations.

Assange is one of three party candidates in Victoria for elections that will be held before December.

The party, which was registered by the Australian Electoral Commission only this month, will also field candidates in New South Wales and Western Australia states.

Assange said his party's seven Senate candidates would go to the national capital of Canberra to address what it says has been a gradual decline in Australian democracy over the past 30 years.

"Canberra needs to be a place of light, not a place of darkness," he told the launch at a library in suburban Melbourne.

Assange took asylum at the embassy more than a year ago rather than comply with a British order that he go to Sweden for questioning about sex crime allegations.

He says extradition to the Scandinavian country is merely a first step in efforts to move him to the United States, where he has infuriated officials by publishing secret documents, including 250,000 State Department cables. U.S. Army soldier Bradley Manning has admitted passing those documents to WikiLeaks.

The Australian government has echoed U.S. condemnations of Assange's publishing, but has also acknowledged he has broken no Australian law.

If Assange wins the election, he would be required to take up his Senate seat on July 1, 2014.

WikiLeaks Party national council member Sam Castro said that if Assange wins a seat but cannot return to Australia by then, the party can choose a replacement.

But she said the onus is on the Australian government to ensure an elected senator could sit in Parliament. The situation would be unprecedented, she said.

"Wow, what would that mean if the Australian government did nothing to assure the safe passage of an elected representative who has been granted asylum?" Catroa asked.

"Whether the current government or the opposition would go against the United States' wishes, I guess, is something we could find out in time," she added.

In June 2012, Britain's Supreme Court ruled against him, prompting his asylum bid with Ecuador, whose leftist government had expressed support.

Assange told Australia's The Conversation website in February that he regards his bid to become a senator as a defense against potential criminal prosecution.

Assange told the website that if he wins a Senate seat, the U.S. Department of Justice would drop its espionage investigation rather than risk a diplomatic row.