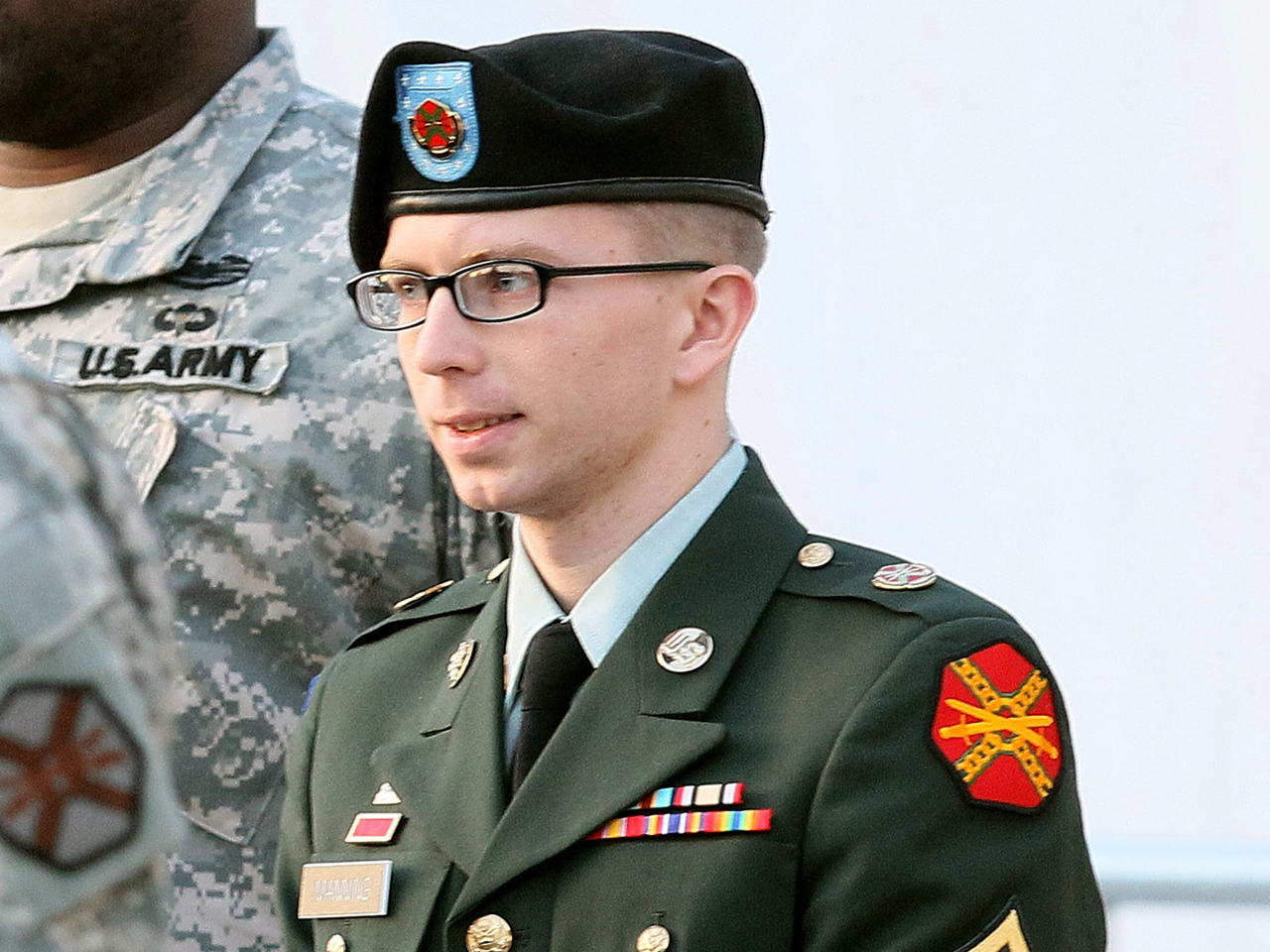 FORT MEADE, Md. Pfc. Bradley Manning's defense rested its case Wednesday after presenting evidence from 10 witnesses, hoping to prove the loads of material the soldier gave to WikiLeaks did not threaten national security or U.S. troops in Iraq and Afghanistan.

Manning did not take the stand during the trial. However, he testified during a pre-trial hearing in February, reading from a 35-page statement in which he said he leaked the material to expose the American military's "bloodlust" and disregard for human life in Iraq and Afghanistan.

A judge, not a jury, is hearing the case at Manning's request. Prosecutors said they plan to call rebuttal witnesses next week. The judge will hear arguments Monday on the scope of any rebuttal case.

The defense, led by civilian attorney David Coombs, presented evidence over three days that Manning was authorized, even encouraged, to look at a wide range of classified information as part of his job, rebutting charges he exceeded his authorized computer access. The defense also produced evidence that some of the information Manning leaked was already publicly known before WikiLeaks published it.

Prosecutors used 14 days and 80 witnesses to make their case that Manning used military computers in Iraq to download reams of documents and battlefield video from a classified network, transferred some of the material to his personal computer and sent it to WikiLeaks. The government's evidence showed Manning had been trained not to give classified information to unauthorized people. Prosecutors also offered evidence that al Qaeda leaders reveled in WikiLeaks' publication of classified U.S. documents, urging members to study them before devising ways to attack the United States.

Philip Cave, a former Navy lawyer now in private practice in Alexandria, Va., said the defense was probably wise in not calling Manning to the stand.

"There is not much the client could have said other than, `I didn't mean for this to end up on Osama's computer,"' Cave said.

On Wednesday, Harvard law professor Yochai Benkler testified the leak of classified information to WikiLeaks changed how the public, the military and traditional news media perceived the anti-secrecy organization -- from a legitimate journalistic enterprise to a group that supported terrorism.

After WikiLeaks began publishing more than 250,000 leaked State Department cables in late November 2010, "the response is hard to define as anything but shrill," Benkler said.

"I would argue it is closer to being a hi-tech terrorist than the Pentagon papers," Biden said then.

Prosecutors must prove that Manning knew the material he sent to the anti-secrecy group would be seen by al Qaeda members on WikiLeaks' website.

The counterintelligence report was titled "Wikileaks.org -- An Online Reference to Foreign Intelligence Services, Insurgents, or Terrorist Groups?" Prosecutors offered it as evidence Manning knew WikiLeaks was a conduit to the enemy.

The opening paragraph said "the intentional or unintentional leaking and posting of U.S. Army sensitive or classified information to Wikileaks.org could result in increased threats to DoD personnel, equipment, facilities, or installations."

Under questioning by defense attorney Coombs, though, Benkler said the report described WikiLeaks in some of the same terms one would use to describe a newspaper. Even founder Julian Assange is identified as a "staff writer."

Manning's defense team has asked the judge to throw out the aiding the enemy count, along with six other charges. Prosecutors had until Thursday to give the judge written arguments for those charges.

The 25-year-old Oklahoma native has acknowledged giving the anti-secrecy group hundreds of thousands of Iraq and Afghanistan battlefield reports and State Department diplomatic cables, along with battlefield videos and other documents. He downloaded them in late 2009 and early 2010 from a classified government computer network while working as an intelligence analyst in Iraq. WikiLeaks posted much of the material on its website.

Manning has said he leaked the material to provoke public discussion about what he considered wrongdoing by American troops and diplomats. The material included video of a 2007 U.S. Apache helicopter attack in Baghdad that killed 11 men, including a Reuters news photographer and his driver. A military investigation concluded the troops reasonably mistook the photography equipment for weapons.

Manning pleaded guilty earlier this year to reduced versions of some charges. He faces up to 20 years in prison for those offenses, but prosecutors pressed ahead with the original charges.