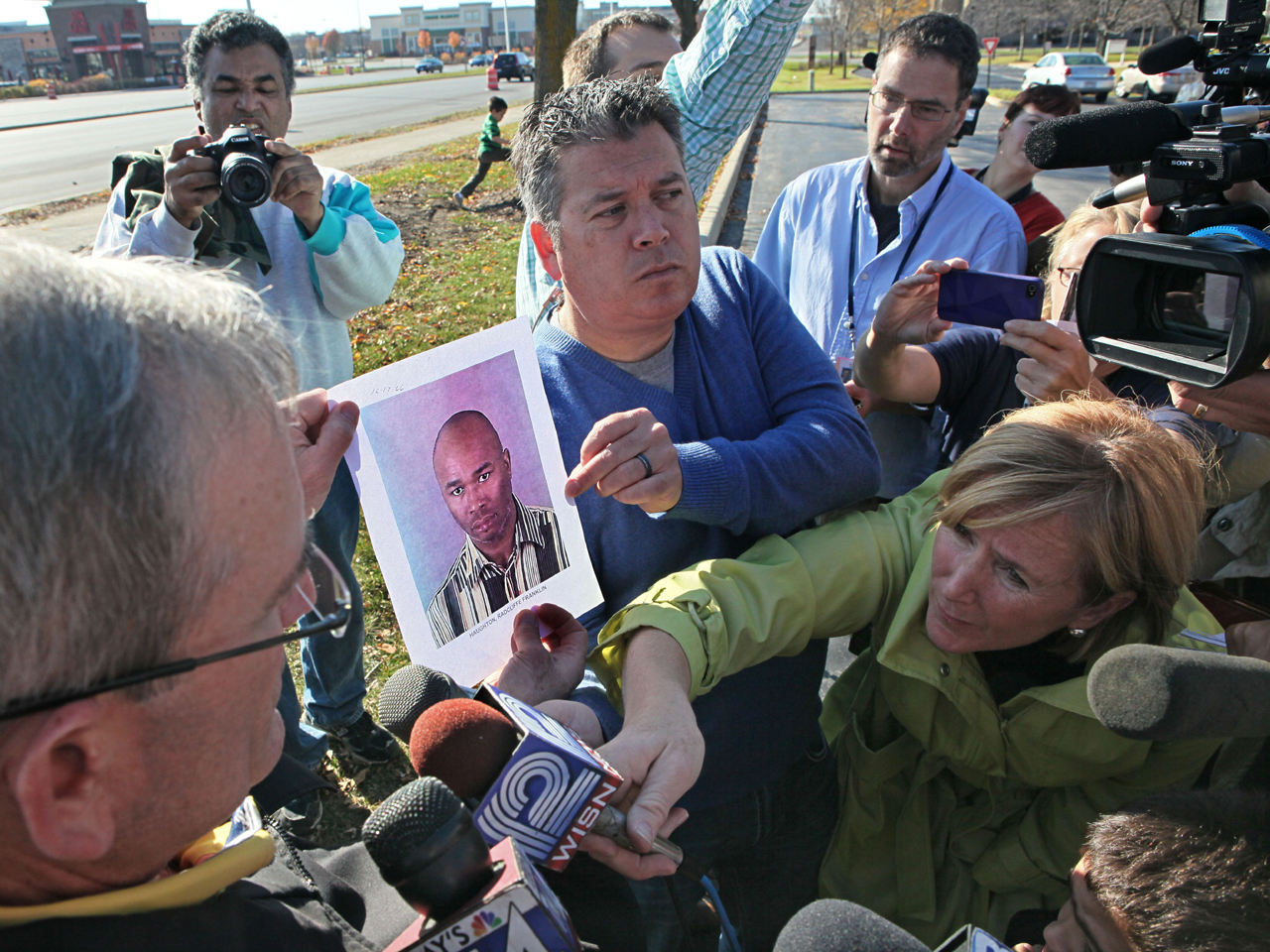 MILWAUKEE, Wis. A medical examiner says the wife of the suspected gunman who was the subject of a restraining order issued last week was among three women killed in a shooting rampage at a suburban Milwaukee spa.

The other victims are 35-year-old Cary L. Robuck of Racine and 38-year-old Maelyn M. Lind of Oconomowoc.

Four more women were injured and remain hospitalized. One is in critical condition and the other three are in satisfactory condition. Their names haven't been released.

Police say the suspect, 45-year-old Radcliffe Franklin Haughton, was found dead of a self-inflicted gunshot wound inside the spa.

According to court documents, Zina Haughton said her husband threatened to throw acid in her face and jealously terrorized her "every waking moment." In a separate police report, she said the couple was in theprocess of getting a divorce and "we are always arguing."

In a written request for a restraining order filed Oct. 8, Zina Haughton said her husband was convinced she was cheating on him and that he also vowed to burn her and her family with gas. He said he would kill her if she ever left him or called the police, according to the court papers obtained Monday by The Associated Press.

Haughton was arrested earlier this month for slashing his wife's tires. She was granted a four-year restraining order on Thursday.

Under the order, Haughton was prohibited from owning a firearm.

A .40-caliber semiautomatic handgun was used in the attack, said agent Tom Ahern of the federal Bureau of Alcohol, Tobacco, Firearms and Explosives.

CBS Affiliate WDJT reports that a just-released criminal complaint details a stand-off that Radcliffe Haughton had with police in January 2011. The complaint said his wife called police after he started throwing her clothes outside and poured tomato juice on her car.

Once police got there, the complaint said, Haughton stood against the window with an unidentified silver and black object in his hand.

When it ended no one was hurt, but he was charged with domestic violence - a charge that was eventually dropped later that year because a witness failed to appear in court.

Haughton's father, Radcliffe Haughton, Sr., spoke to The Associated Press shortly before police announced that they had found his son's body. He said he had last spoken to his son a few days ago but didn't know anything was wrong. He begged his son to turn himself in.

After learning of his son's death, he said only: "This is very sad."

The shooting prompted Democratic lawmakers in Wisconsin to reintroduce a bill designed to take guns away from perpetrators of domestic violence. Sen. Lena Taylor says there are inconsistent standards across the state for the collection of weapons. The Milwaukee County Sheriff's Department has not responded to messages left asking whether Haughton surrendered any weapons as ordered.