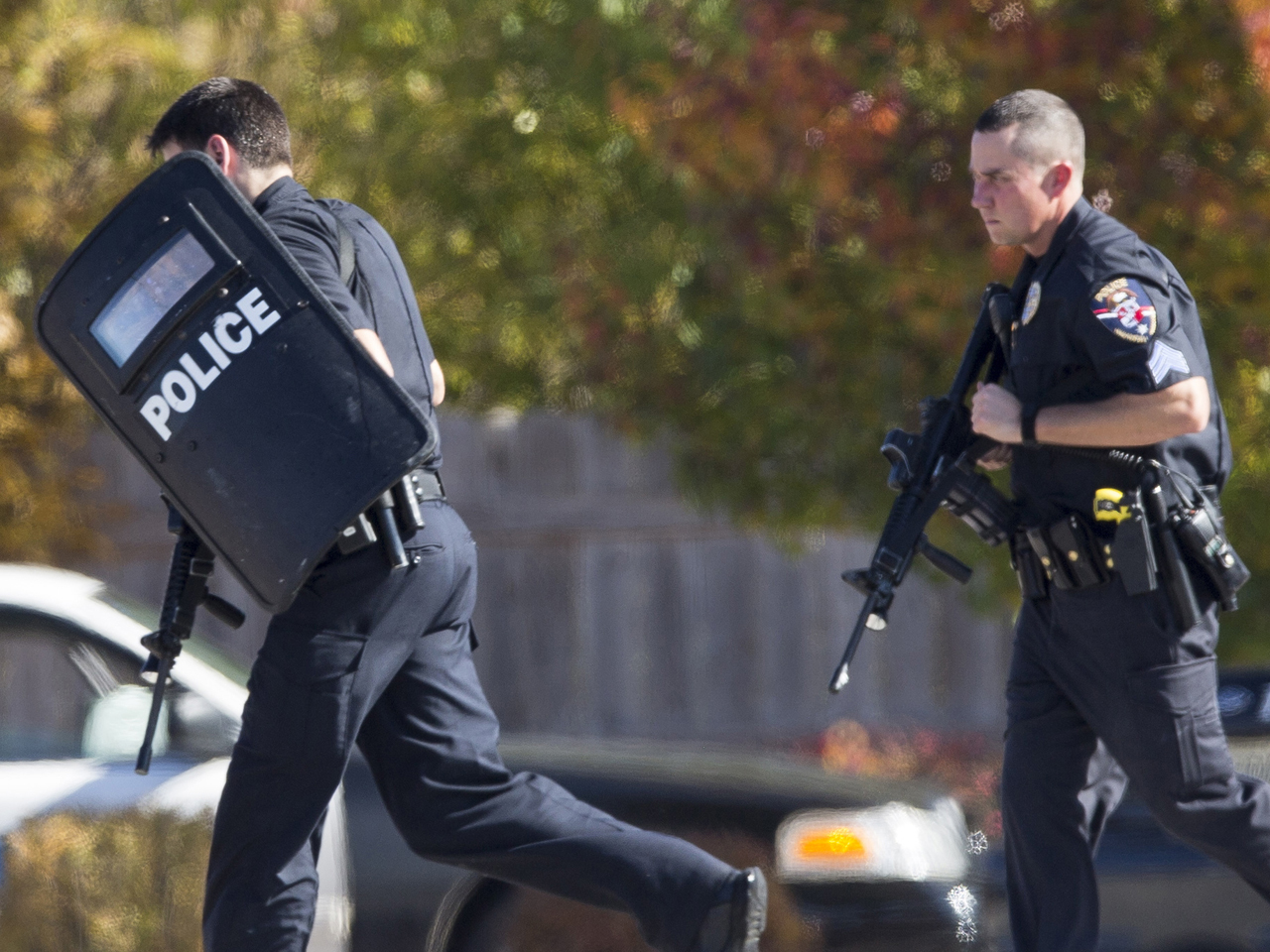 BROOKFIELD , Wis. Police in Wisconsin searched Sunday for a man suspected of killing three people and wounding four others in a shooting at a spa in suburban Milwaukee.

After the shooting, police said an improvised explosive device was found at the spa and a bomb squad is investigating, but they did not indicate whether the suspect ever tried to set the device off.

Police have released a photo of the suspect, identified as Radcliffe Franklin Haughton, 45, of Brown Deer. They said he was still at-large and the public's help was needed in tracking him down. Police said Haughton may be wearing a grey sweater, blue jeans, carrying a white and black backpack. Haughton's black 2003 Mazda was found some time after the shooting.

The shooting occurred about 11 a.m. Sunday at the Azana Day Spa, a two-story, 9,000-square-foot building across the street from the Brookfield Square Mall in a middle- to upper-class community west of Milwaukee.

Haughton's father, Radcliffe Haughton Sr., who lives in Florida, told CBS News that the alleged shooter's wife is Zina Haughton, and she works at Azana.

Haughton Sr. said he knew they were having problems and that Zina had taken a restraining order out against him last week in court, something court records in Wisconsin appear to confirm.

Froedtert Hospital has told CBS News that four on-critical patients have already arrived, and they are expecting another three patients to arrive.

The mall and a county club adjacent to the spa were locked down, local media reported, and the bomb squad is on the scene.

CBS Affiliate WDJT is reporting that Froedtert Hospital is also on lockdown.

Milwaukee FBI spokesman Leonard Peace said its SWAT team, hostage negotiators and others were helping with the response. But he declined to say how many FBI personnel were involved in all or provide details on what had happened.

Robert Schmidt, spokesman for the Bureau of Alcohol, Tobacco, Firearms and Explosives, said it had 10 agents participating.

Beth Strohbusch, a spokeswoman for Froedtert Memorial Hospital, said four shooting victims were taken there, and three more were expected. She said none of the four already received were in critical condition.

Tactical teams were on the scene, along with at least 20 fire, ambulance and police vehicles. A medical helicopter was on the ground.

It was the second mass shooting in Wisconsin this year. Wade Michael Page, a 40-year-old Army veteran and white supremacist, killed six people and injured three others before fatally shooting himself Aug. 5 at a Sikh temple south of Milwaukee.

The shooting at the mall took place less than a mile from where seven people were killed and four wounded on March 12, 2005, when a gunman opened fire at a Living Church of God service held at a hotel.