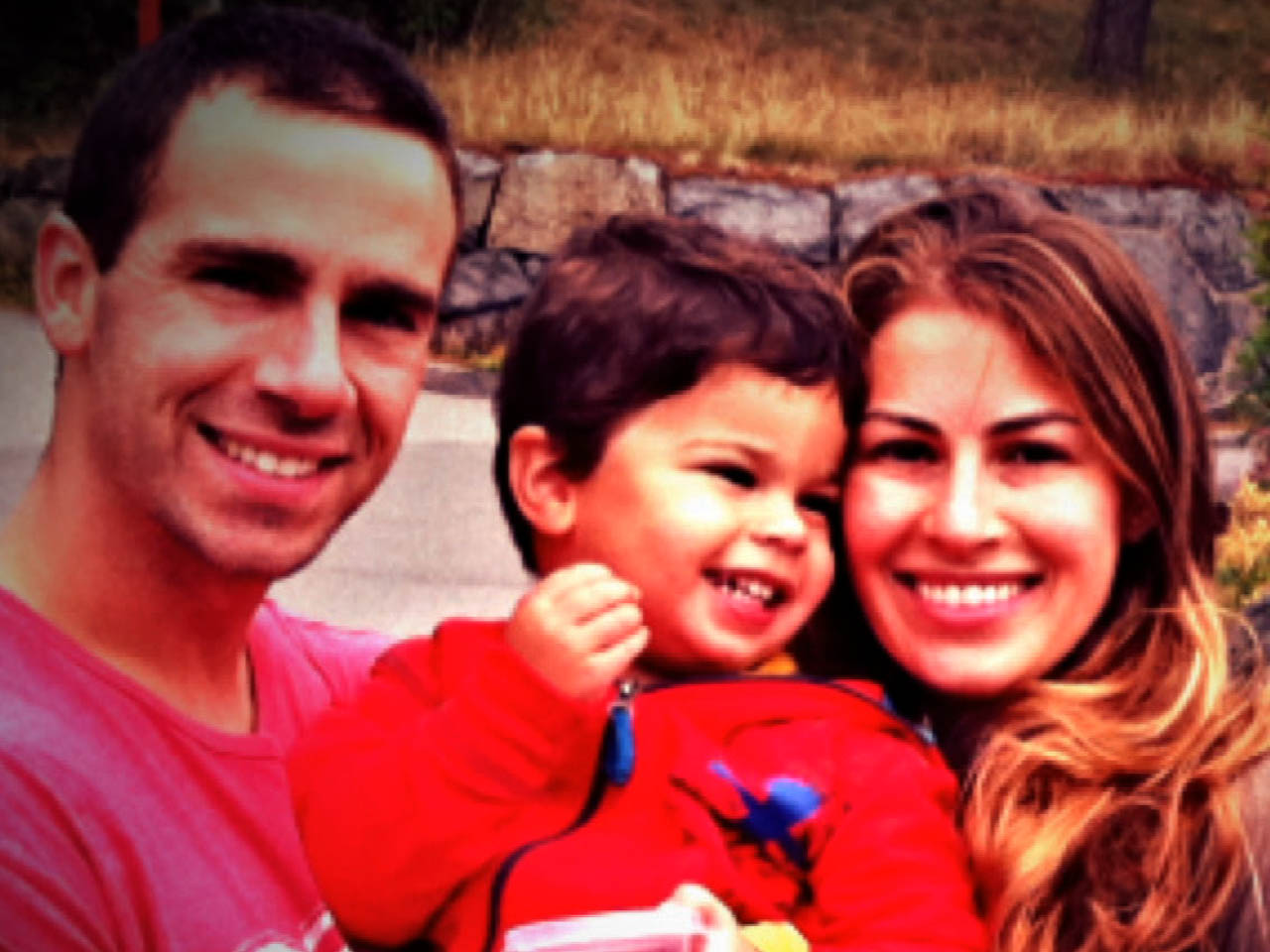 An American teacher shot and killed in Benghazi, Libya, will be laid to rest Thursday in Austin, Texas. Ronnie Smith was gunned down two weeks ago, near the site of last year's deadly assault on the U.S. Consulate.

Now, his widow is coming forward to talk about her husband's mission, and has some surprising words for his attackers.

Anita Smith moved to Benghazi with her husband and their infant son on a journey of faith.  Both wanted to help bring about peace.

"We knew beforehand that Libya's not safe," Anita said. "We still wanted to go somewhere where we wanted to bless the people."

Asked if they ever felt like a target there, Smith said, "Over time, I really didn't feel unsafe. Once we started, really, knowing our neighbors and them taking us into their homes and loving us, it just was normal life."

He taught chemistry to high school students at an international school. They made friends, and adjusted to a new culture -- even to the sounds of bombing at night.

"It was even a joke within the city among the Libyan people just saying, 'Have you gotten used to the bombs?'" Anita said. "So it became more normal, and not so scary."

CBS News' Anna Werner asked, "Looking back now, do you think the two of you were naive?"

She replied, "Not at all. We knew before going into Libya that there was risk. We were doing this because we wanted to follow what God has for us, and that's to show the Libyan people His love and His forgiveness."

The family had planned to return to America to spend the holidays with family and friends. Anita and son, Hosea, left in mid-November. Ronnie Smith was to meet them a few weeks later.

He never made it.

On December 5, gunmen in a car shot and killed him as he jogged on a street near the couple's home.

When asked what she may miss most about Ronnie, Anita Smith replied, "Seems like we grew up together. He's just been daily in my life all these years, growing together. And just imagining the rest of life without him, doesn't seem real."

She says friends and neighbors in Benghazi, including her husband's high school students, have called to express their condolences. In return, she wrote an open letter to all Libyans. (Read the letter (pdf file).)

Smith, reading the letter, said, "I hear people speaking with hate, anger and blame over Ronnie's death, but that's not what Ronnie would want. Ronnie would want his death to be an opportunity for us to show one another love and forgiveness, because that's what God has shown to us."

And she included a message to her husband's killers, who have yet to be captured:  "That I love them. And I forgive them, and I have nothing against them."

Anita Smith says she wants to make a return trip to Benghazi to visit friends and neighbors, and to mourn together.

Read the letter in Arabic.

Read her letter below:

My husband and best friend Ronnie Smith loved the Libyan people. For more than a year, Ronnie served as a chemistry teacher in a school in Benghazi, and he would gladly have given more years to Libya if unknown gunmen had not cut his life short on December 5, 2013.

Ronnie and I came to Libya because we saw the suffering of the Libyan people, but we also saw your hope, and we wanted to partner with you to build a better future. Libya was very different from what we had experienced before, but we were excited to learn about Libyan culture. Ronnie grew to love you and your way of life, as did I. Ronnie really was “Libya’s best friend.”

Friends and family from home were concerned about our safety, as were some of you. We talked about this more times than I can count. But we stayed because we believed the Libyan people were worth the risk. Even knowing what I know now, I have no doubt that we would both make the same decision all over again.

Ronnie loved you all so much, especially his students. He loved to joke with you, tell stories about you, help you with your lives and challenge you to be all that you could be. He did his best to live out his faith humbly and respectfully within a community of people with a different faith.

To his attackers: I love you and I forgive you.

How could I not? For Jesus taught us to “Love our enemies” -- not to kill them or seek revenge. Jesus sacrificed His life out of love for the very people who killed him, as well as for us today. His death and resurrection opened the door for us to walk on the straight path to God in peace and forgiveness. Because of what Jesus did, Ronnie is with Jesus in paradise now. Jesus did not come only to take us to paradise when we die, but also to bring peace and healing on this earth. Ronnie loved you because God loves you. Ronnie loved you because God loved him -- not because Ronnie was so great, but because God is so great.

To the Libyan people: I always expected that God would give us a heart to love you, but I never expected you to love us so much. We came to bless you, but you have blessed us much more. Thank you. Thank you for your support and love for Ronnie and our son Hosea and me. Since Ronnie’s death my love for you has increased in ways that I never imagined. I feel closer to you now than ever before.

I hear people speaking with hate, anger and blame over Ronnie’s death, but that's not what Ronnie would want. Ronnie would want his death to be an opportunity for us to show one another love and forgiveness, because that’s what God has shown us.

I want all of you -- all of the people of Libya -- to know I am praying for the peace and prosperity of Libya. May Ronnie's blood, shed on Libyan soil, encourage peace and reconciliation between the Libyan people and God.