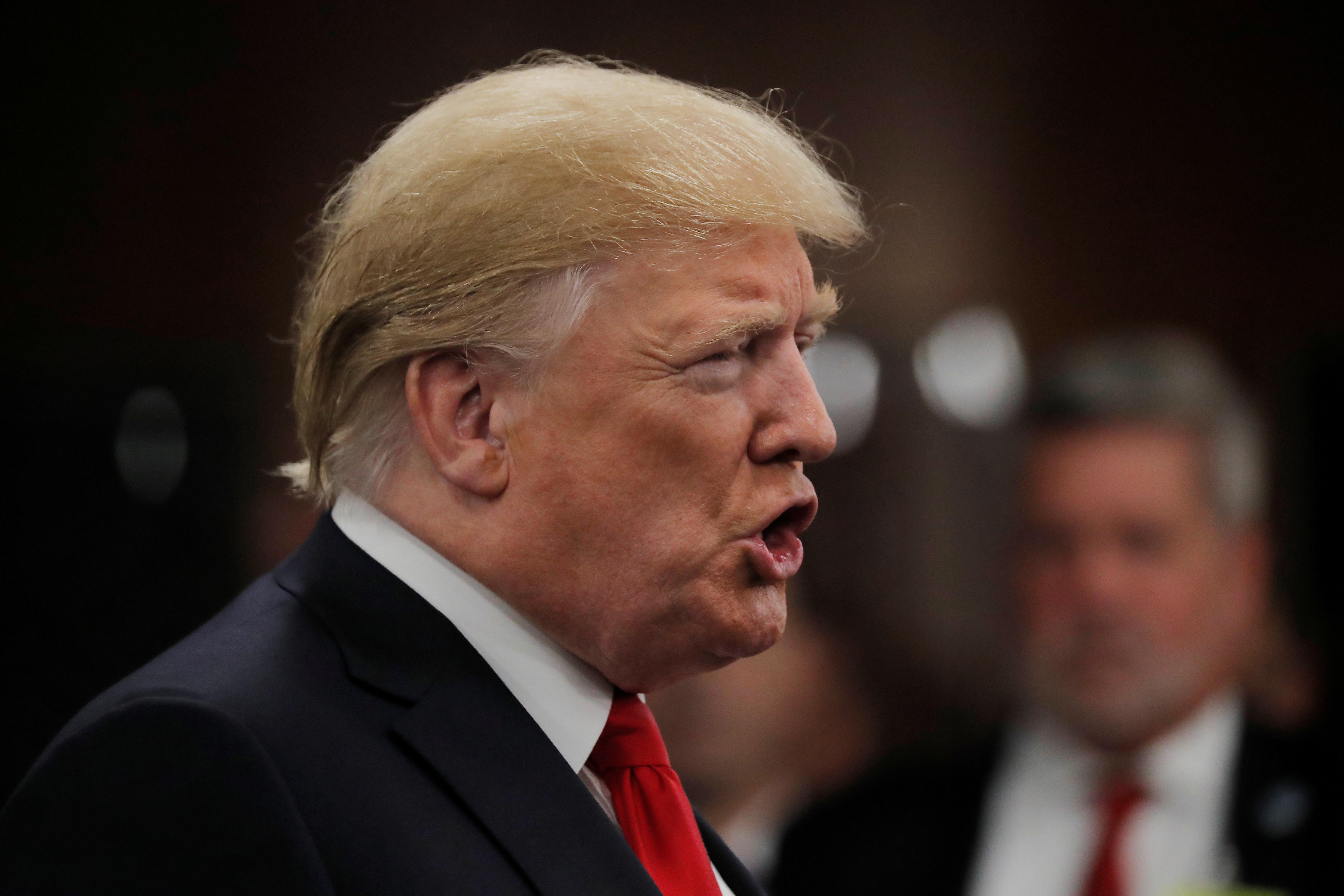 When President Trump took to the world stage at the United Nations General Assembly (UNGA) on Tuesday, he unintentionally drew laughter from diplomats in the room.

"In less than two years, my administration has accomplished almost more than any other administration in the history of our country," Mr. Trump said.

A slow rumble of laughter spread throughout the chamber. "Didn't expect that reaction, but that's OK," Mr. Trump said in response.

He carried on with his speech, but the laughter did not die out completely. One diplomat in the room said that everyone was trying not to roll their eyes, adding that Mr. Trump cannot be taken seriously when he makes broad statements about U.S. strength.

"Germany will become totally dependent on Russian energy if it does not immediately change course," Mr. Trump said. "Here in the Western hemisphere we are committed to maintaining our independence from the encroachment of expansionist foreign powers."

Even as he took a swipe at them, German diplomats were seen laughing in the audience.

Although Mr. Trump approached his U.N. speeches last year and this year similarly – beginning with citing the economic progress under his watch, then steering into his military spending increases and "America First" agenda – his 2017 speech was greeted with more outrage than laughter.

"The United States will forever be a great friend to the world, and especially to its allies. But we can no longer be taken advantage of, or enter into a one-sided deal where the United States gets nothing in return. As long as I hold this office, I will defend America's interests above all else," Mr. Trump said last year.

Some diplomats say they have learned that meeting with Mr. Trump one on one is more useful than listening to his speech and immediately issuing an emotional reaction.

"When one of your principle techniques in conducting international politics is to shock, the currency of shocking gets debased," explains Jeff Rathke, the President of the American Institute for Contemporary German Studies at the Johns Hopkins University.

And when the president makes statements that aren't completely accurate, it can be easier for diplomats to hold their fire.

In the case of Germany and Russia, Mr. Trump was referring to the Nord Stream 2 pipeline, an expansion to an already existing natural gas pipeline. The permits have been issued, however, and experts say it would be hard to see anything that could stop it at this point. And while Germany will have an increased reliance on Russia, natural gas makes up about 25 percent of Germany's energy consumption, so saying that the country will become "totally dependent" on Russia is a stretch.

"When you make a bluntly untrue statement it is easy for the government about which you are speaking to dismiss that argument," says Rathke. "If you want Germany to change that policy you need to persuade German public that you are right and you need to do it in a way that makes it either possible or necessary for the Germany government to rethink its policy."

For his part, Mr. Trump said the laughter didn't bother him and that the speech "went very well."

"It was great," Mr. Trump said. "That was meant to get some laughter. It was great."