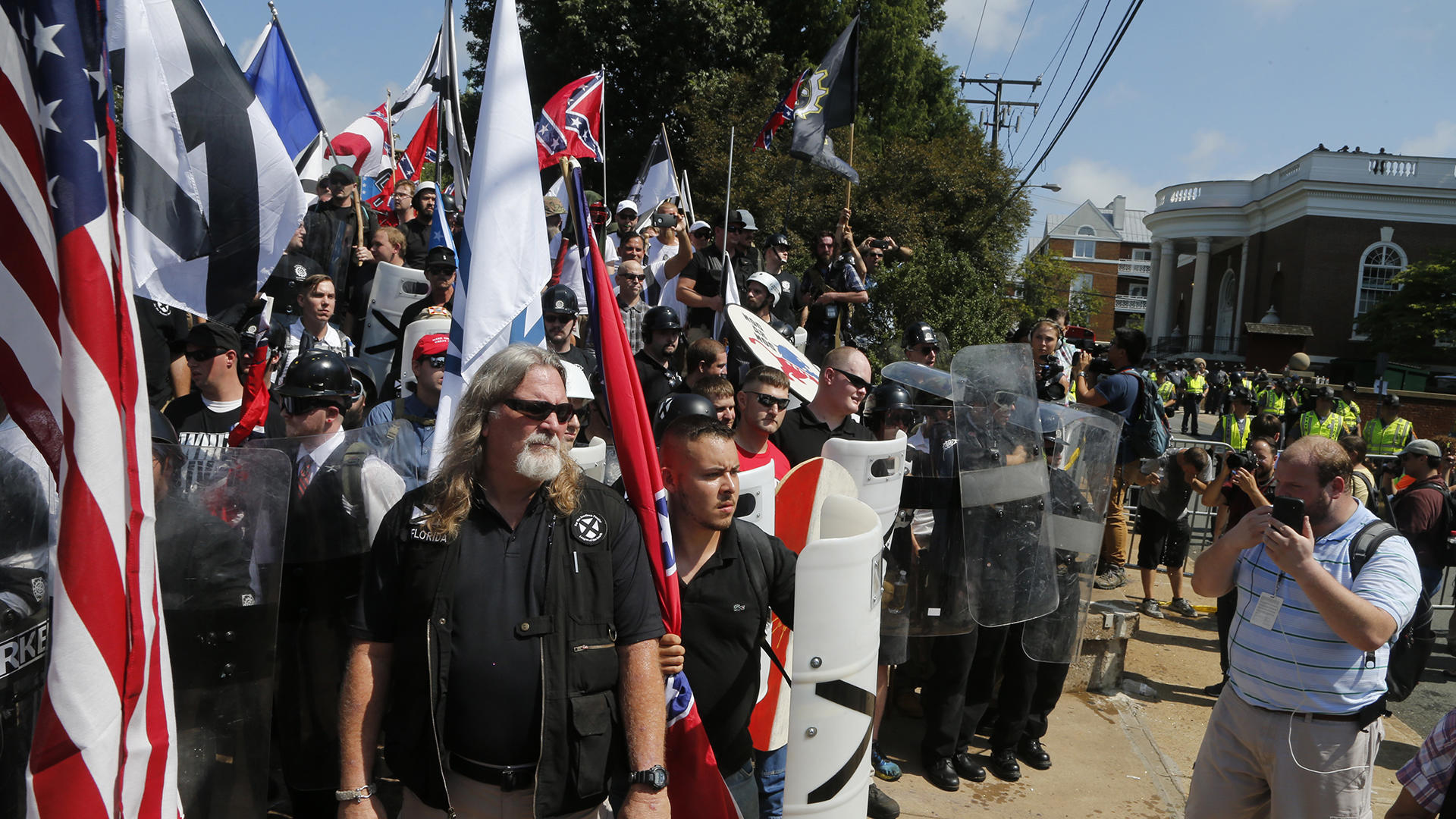 For some people, the ACLU has come to stand for more than the American Civil Liberties Union; it seems to be shorthand for left-leaning politics.

When George H.W. Bush noted during the 1988 presidential campaign that Michael Dukakis had called himself a "card-carrying member of the ACLU," he meant it as an accusation—that Dukakis was "out of the mainstream" and too far left for America.

Decades earlier, during his anti-Communist investigations, Sen. Joseph McCarthy targeted State Department employee Reed Harris and insinuated that his choice of legal representation 20 years prior made him suspect. That legal representation? The ACLU.

As correspondent Lesley Stahl reports this week on 60 Minutes, the organization has opposed many of President Trump's policies, filing 115 lawsuits against the administration to date. It has also taken an active role in candidate races, leading some to think of the organization as a liberal ally.

The ACLU dedicates itself to fighting for civil liberties, including free speech, for Americans across the political spectrum. That philosophy has sometimes made for strange bedfellows, including neo-Nazis, KKK members, and recently, the white nationalists who rallied in Charlottesville, Va.

Why the ACLU supported the Charlottesville protest

In the summer of 2017, alt-right activist Jason Kessler organized the "Unite the Right" rally in response to the city of Charlottesville's decision to rename the former Lee Park and remove a statue of Confederate Gen. Robert E. Lee from its grounds. A few days before the August rally, the city cited safety concerns and told Kessler he could only hold his rally if he moved it to another location.

The ACLU's Virginia affiliate defended Kessler, arguing in court that the city was trying to restrict his free speech unlawfully. A judge ruled in Kessler's favor, but the ruling may not be remembered as a victory for Constitutional rights. The rally turned violent, and a white nationalist plowed his car into a group of counterprotesters, leading to the death of a 32-year-old woman.

"I agree, ultimately, that this is the right call for us." - ACLU Executive Director Anthony Romero

Some ACLU members were outraged.

"What's legal and what's right are sometimes different," Waldo Jaquith, a member of the ACLU of Virginia board, posted on Twitter, announcing that he was resigning from the organization. "I won't be a fig leaf for Nazis."

In her interview for 60 Minutes, Stahl spoke with Anthony Romero, the executive director of the ACLU, who told her his organization made the right decision.

"I agree, ultimately, that this is the right call for us, to represent groups, even the ones we hate, and even groups whose ideology we detest…" he told Stahl in the video above. "If you grant government the ability to deny anyone the right of freedom of speech or freedom of association, you imperil it for everyone."

When Nazis wanted to march through Skokie

The ACLU's most famous defense of neo-Nazis happened decades earlier.

In 1977, a group of neo-Nazis wanted to hold a march in Skokie, Il., a Chicago suburb that had a majority Jewish population, including survivors of Nazi concentration camps.

The town denied the permit, and the ACLU came to the neo-Nazi's defense. The case eventually made it before the Supreme Court, which ultimately ruled in favor of the ACLU and the neo-Nazi marchers. However, the group never held the march in Skokie, choosing instead to hold a rally in downtown Chicago.

The ACLU lost thousands of members after its support of neo-Nazis in Skokie, but the organization was unwavering in its decision, later explaining that the laws it had cited in that case were the same ones it had invoked during the Civil Rights era, when Southern cities tried to shut down civil rights marches.

The origin of the ACLU's support of Nazi free speech

The ACLU's support of white nationalists' free speech stems back to a judgment the organization made in the 1930s, when the rise of pro-Nazi groups in America forced the organization to decide whether the First Amendment protected racial, ethnic, and religious hate speech.

In 1934, after much internal dissent, the ACLU board of directors made the fateful decision that yes, the First Amendment does protect the free speech and assembly of Nazis and other hate groups. "We do not choose our clients," the ACLU's board of directors wrote in a pamphlet called "Shall We Defend Free Speech for Nazis In America?" The document still informs their decisions today.

A few years later, the ACLU supported the First Amendment rights of the German-American Bund, the largest pro-Nazi group in the country. The Bund held a rally of some 20,000 American Nazis at Madison Square Garden in February 1939. A short film about that rally was nominated for an Oscar at this year's awards.

In the wake of violence in Charlottesville, Stahl wanted to know: Does the ACLU need to take a less absolutist stance?

"It's essential," he said. "Especially now."

However, the organization has reevaluated its criteria for accepting new free speech cases, with a renewed focus on the potential for violence. Romero said the ACLU has now made it clear that it won't represent individuals who want to bring guns to rallies.

"That is a more explicit question that we're asking going forward," Romero said. He indicated that the policy hasn't changed; it dates back to the organization's 1934 pamphlet about Nazis.

In response to Charlottesville, the ACLU has also created new guidelines on case selection, which now layout a strategy for the organization to mitigate the harm of defending speech with which it disagrees, including participating in counter-protests, while still supporting the right to speak.

Still, Romero made it clear that the ACLU will continue to represent the First Amendment rights of white nationalists—and anyone else whose speech may be repressed.

"We want to remain firmly critical of any chance of the government censoring the rights of individuals based on the content of their speech," he said. "That our democracy will be better for it."

Prince Harry details his feelings about Camilla, the Queen Consort