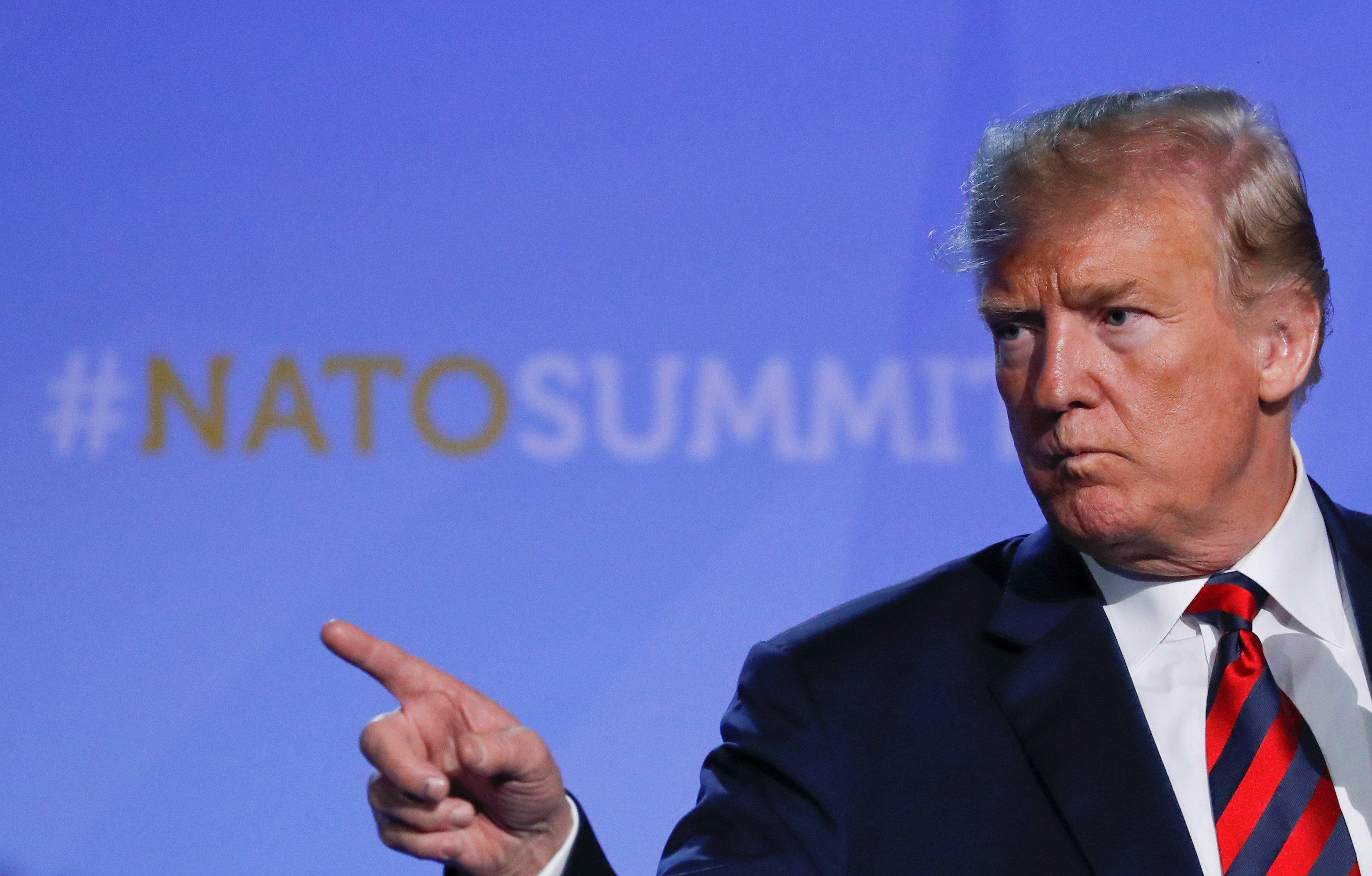 Montenegro, a tiny Balkan country that borders the Adriatic Sea, might seem like an odd place for World War III, but President Trump entertained the possibility in an interview earlier this week. Asked by Fox News' Tucker Carlson why Americans should be required to defend Montenegro, a NATO ally, if it came under attack, Mr. Trump said that he had "asked the same question."

CARLSON: Membership in NATO obligates the members to defend any other member who has been attacked. So let's say Montenegro, which joined last year, is attacked: Why should my son go to Montenegro to defend it from attack? Why is that?

TRUMP: I understand what you're saying. I've asked the same question. Montenegro is a tiny country with very strong people.

CARLSON: Yeah, I'm not against it — or Albania.

TRUMP: No, by the way, they have very strong people — they have very aggressive people. They may get aggressive, and congratulations, you're in World War III. Now I understand that — but that's the way it was set up. Don't forget, I just got here a little more than a year and a half ago. But I took over the conversation three or four days ago and said, "You have to pay."

It's hard to think Mr. Trump's answer was well received in Europe, particularly in NATO nations on Russia's periphery. Mr. Trump has never gone to great lengths to hide his annoyance with NATO, which was originally created to prevent the invasion of Western Europe from a Soviet invasion. The alliance outlived the Cold War, however, and in the decades since, it has extended membership to a number of former communist states.

Mr. Trump's usual complaint about NATO is that many of its European members pay relatively little towards defense, which results in the U.S. footing most of the alliance's military bills. But his comments to Carlson go beyond that, and seemed to indicate that Mr. Trump has questions as to whether NATO is outdated.

The case of Montenegro

It should be noted that Montenegro joined NATO on Mr. Trump's watch. Russia strongly opposed the move, going so far as to support a 2016 coup attempt against the Montenegrin government. The plot failed, however, and Montenegro joined NATO in June 2017 – three months after the U.S. Senate approved its membership by a 97-2 vote.

Joining the alliance entitled Montenegro to protection under Article 5 of the NATO charter, which stipulates that an attack on one member nation is an attack on all of them. As it happens, Article 5 has only been ratified once – after the 9/11 attacks – in NATO's history.

So the U.S., along with Canada and European allies, is obligated to defend Montenegro in case it is ever invaded. This is in many ways a good deal for Montenegro, which has a standing army of just a couple thousand people and is roughly the size of Connecticut. But Mr. Trump, despite apparently never objecting to Montenegro joining the alliance when he had the chance, appears to doubt that it's a great deal for the U.S.

A former province of communist Yugoslavia, Montenegro has only been fully independent since 2006. But since then, it has worked hard to integrate itself into the rest of Europe, looking west, to the chagrin of Moscow. Montenegrin troops have even participated in U.S.-led military efforts in Iraq and Afghanistan.

But Mr. Trump may have a point about the downsides to extending defense guarantees to countries like Montenegro. Although relatively stable at the moment, the Balkans are famously prone to conflict; it is, after all, where World War I broke out after Russia rushed to the defense of its ally Serbia. So while it's unlikely that World War III would break out because the U.S. is duty bound to protect the territorial integrity of Montenegro, it's not inconceivable either.

The other threats to peace

Of course, Article 5 only works if aggressor nations (specifically Russia) believe that the U.S. is really serious about it. If Russia thinks that Mr. Trump won't actually go to war to protect smaller NATO members, then the chances of conflict go up. And Mr. Trump's comments about Montenegro weren't the first time he's appeared hesitant about embracing Article 5. Early on in his presidency, he alarmed observers at the May 2017 NATO summit when he refused to commit the U.S. to the collective defense provision, although he later insisted that he would adhere to it.

Putin has made no secret of the fact that he feels threatened by NATO and its expansion east. Since the end of the Cold War, the alliance has expanded right up to Russia's doorstep, perhaps most notably in the Baltic region.

After enduring decades of Russian occupation, Lativia, Lithuania, and Estonia all joined NATO in 1999. Unlike Montenegro, all three countries border Russia. And as all three know quite well, Vladimir Putin's Russia has a habit of invading its neighbors. In 2008, Russia occupied and annexed part of Georgia, a country that had flirted with NATO membership. In 2014, after protests installed a pro-western government in Kiev, Russian troops poured into Ukraine and absorbed the Crimean peninsula.

Russia, which is far weaker than it was during the height of the Soviet era, has never tried to absorb a NATO member. Despite its large military, Russia cannot defeat a united NATO through conventional means, a fact that Putin understands.

Still, experts often worry about the Baltic states, and Estonia in particular, as one day becoming the victim of Russian aggression because of their small size and proximity to major Russian ports and cities like St. Petersburg. Alone, Estonia would be at a severe disadvantage against an invading Russian force, and sees NATO's security blanket as essential to maintaining its independence.

But again, that only works if Russia is sure that Mr. Trump takes Article 5 seriously and will live up to America's NATO commitments. When Mr. Trump suggests that he might not, as he did in his interview with Tucker Carlson, then it becomes easier to imagine the Kremlin invading countries like Estonia. And if Russia did attack a NATO member without consequence, then it's hard to imagine the alliance surviving.

Although peace in Europe is generally taken for granted in the post-Cold War world, the last century showed us how fragile that peace could be. So while it sometimes makes sense to question and criticize NATO, it's also startling to see an American president continually muse aloud about its relevance.