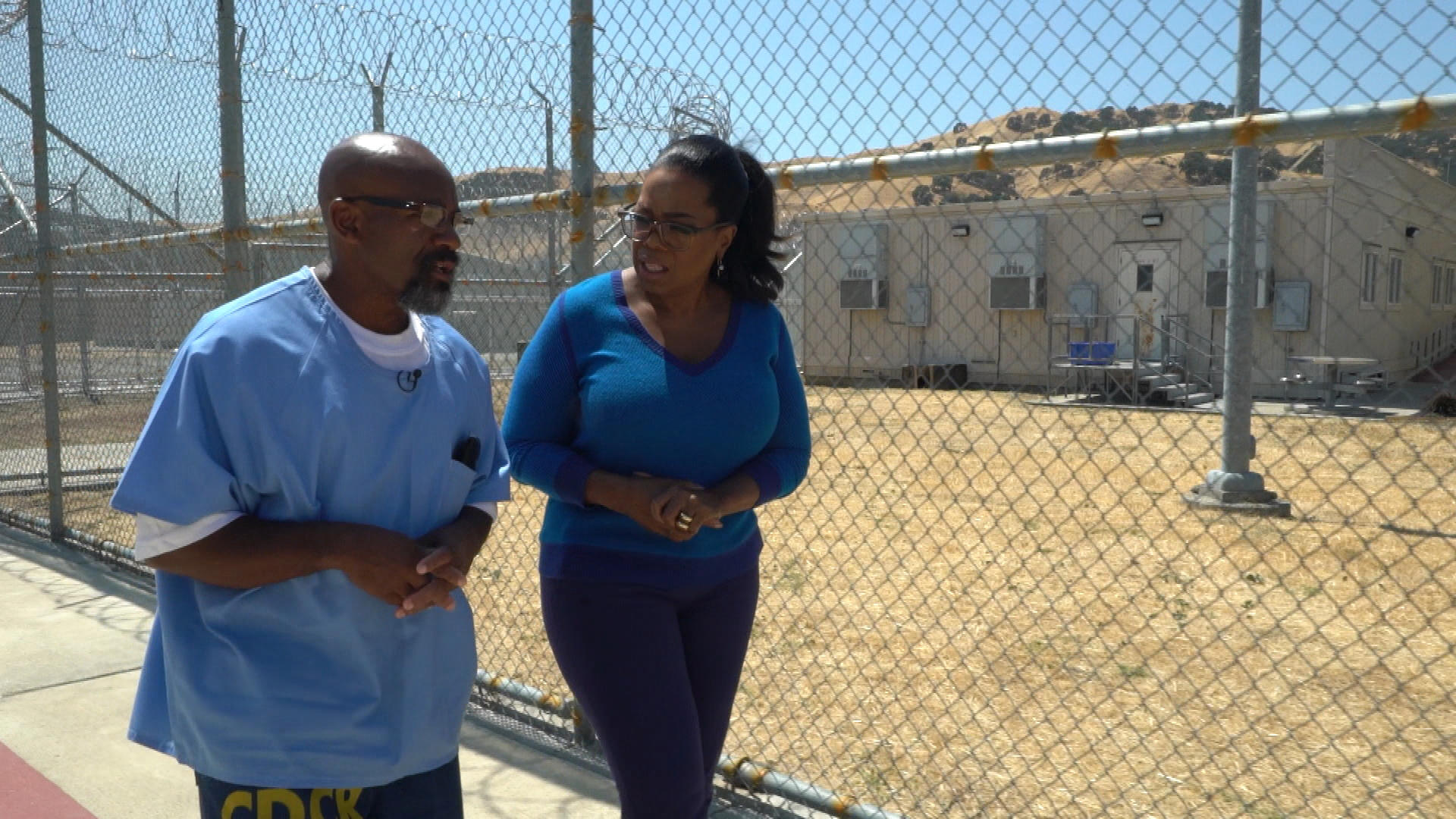 For this week's 60 Minutes broadcast, special contributor Oprah Winfrey pitched a story about solitary confinement, which is how she ended up in a prison cell at the most notorious state penitentiary in America.

The story is Winfrey's second report for 60 Minutes, but it was the first one she filmed when she arrived at the broadcast as a correspondent. She and producer Rome Hartman visited Pelican Bay to examine the prison reform movement that's dramatically reducing the use of solitary confinement in the United States.

"I don't have a bleeding heart about it," says Winfrey of the plight of prisoners.

In an interview about her Pelican Bay report, Winfrey tells 60 Minutes Overtime senior producer Ann Silvio she doesn't have a "bleeding heart" about the welfare of prisoners, but she thinks the use of solitary confinement deserves scrutiny because of its impact on the mental health of prisoners.

In the video player above, watch the full 60 Minutes Overtime interview with Oprah Winfrey and producer Rome Hartman about their 60 Minutes report "Pelican Bay."  The transcript is as follows:

OPRAH WINFREY: What do you do with your time? And how do you not lose your mind?

OPRAH WINFREY:  I have always been drawn to and attracted to stories of people who are disenfranchised, who are what the biblical term refers to as "the least of these."

NARRATION: "The least of these" is who Oprah Winfrey went looking for in the solitary confinement cells of Pelican Bay State Prison

OPRAH WINFREY: All right guys, are we still shooting?

ROME HARTMAN: So each pod has a yard.

OPRAH WINFREY: Got it.

ANN SILVIO/60 MINUTES OVERTIME: What was it like, reporting on location with Oprah Winfrey in a prison?

ROME HARTMAN: The very first time she went out with a 60 Minutes crew was in a maximum-security prison, which is in the absolute middle of nowhere in California. I mean, everything logistically was challenging.

OPRAH WINFREY: And I'm wearing a vest, why?

SEC. KERNAN: Inmates using spears or even weapons, homemade weapons, have been able to harm staff.

OPRAH WINFREY: Well, thank you for the protection. (LAUGHTER)

ANN SILVIO: You went to Pelican Bay for a day, you spent time in one of the solitary confinement cells in the SHU.

OPRAH WINFREY IN THE SHU: Here inside the Pelican Bay SHU…

ANN SILVIO: I know you didn't spend significant time in there, but what's the feeling?

OPRAH WINFREY: I'm still haunted by that experience because I think for myself, the worst possible condition to live on the planet, it would be being held in a solitary confinement unit, unable to see grass or a tree or a leaf…

OPRAH WINFREY IN THE SHU: Sometimes years, and even decades at a time in this room…

OPRAH WINFREY: That is why I asked Clyde Jackson that question, "What happened to you the day you walk out of the solitary confinement for the first time in 24 years?"

INMATE CLYDE JACKSON: Well, Ms. Winfrey, to be honest with you, I was dizzy. What you feel like a foreigner.

ROME HARTMAN: Clyde Jackson has been in prison almost all of his life--you know, at one point in the interview-- he said, "I've never really accomplished anything. I've been in prison since I was 17 years old."

OPRAH WINFREY: I think about what you knew-- what he knew at 17 years old and more important what he didn't know. The guidance he had or didn't have, what puts you in prison at 17 years old? And now you're 54 years old, 31 years you've gone and you haven't seen your mother.

CLYDE JACKSON: Yeah. She's still alive, you know? And I think the hardest part about living today is, you know, the crimes I committed and my mother. The disappointment every time I see her in her eyes.

OPRAH WINFREY: I was very moved by him, because it says to me that even the most hardened of criminals can feel, and can be changed.

OPRAH WINFREY: So what will you be doing the rest of the day?

CLYDE JACKSON: I gotta do some, some mentorship with some youth out there in the yard and stuff right?

ROME HARTMAN: It's hard not to feel sympathy. At the same time, he did a terrible crime and we didn't want to lose sight of that, either.

ANN SILVIO: So how do you avoid losing sight of that?

OPRAH WINFREY: So an inmate would come out of his cell and go to this area, which is called the yard?

OPRAH WINFREY: Well, I wouldn't exactly call it a yard. I would s-- (LAUGH).

ANN SILVIO: The worry with a story like this of course is that a viewer may be thinking, "He deserves everything he got."

OPRAH WINFREY: And I am that viewer.

OPRAH WINFREY: So what are you doing in here to better your education so that you can be a better human being when you get out?

INMATE ALONZO NELSON: I'm 52. Got to the age of 52 years old and went to prison.

OPRAH WINFREY: Wow. Okay. All the best to ya.

ANN SILVIO: So you didn't approach this story with this sort of bleeding heart.

OPRAH WINFREY: I don't have a bleeding heart about it. But the reason why I think you deserve to be heard is 'cause one day you're gonna come out." This is what people don't realize.

OPRAH WINFREY: I might run into you in the mall, in the theatre, down the street, cutting me off in traffic. You're gonna be in my world, and so do I want you more prepared when you come out? Do I want to try to you know, find some humanity within you and allow that to rise to its highest potential?

This 60 Minutes Overtime feature was produced by Lisa Orlando and Ann Silvio.