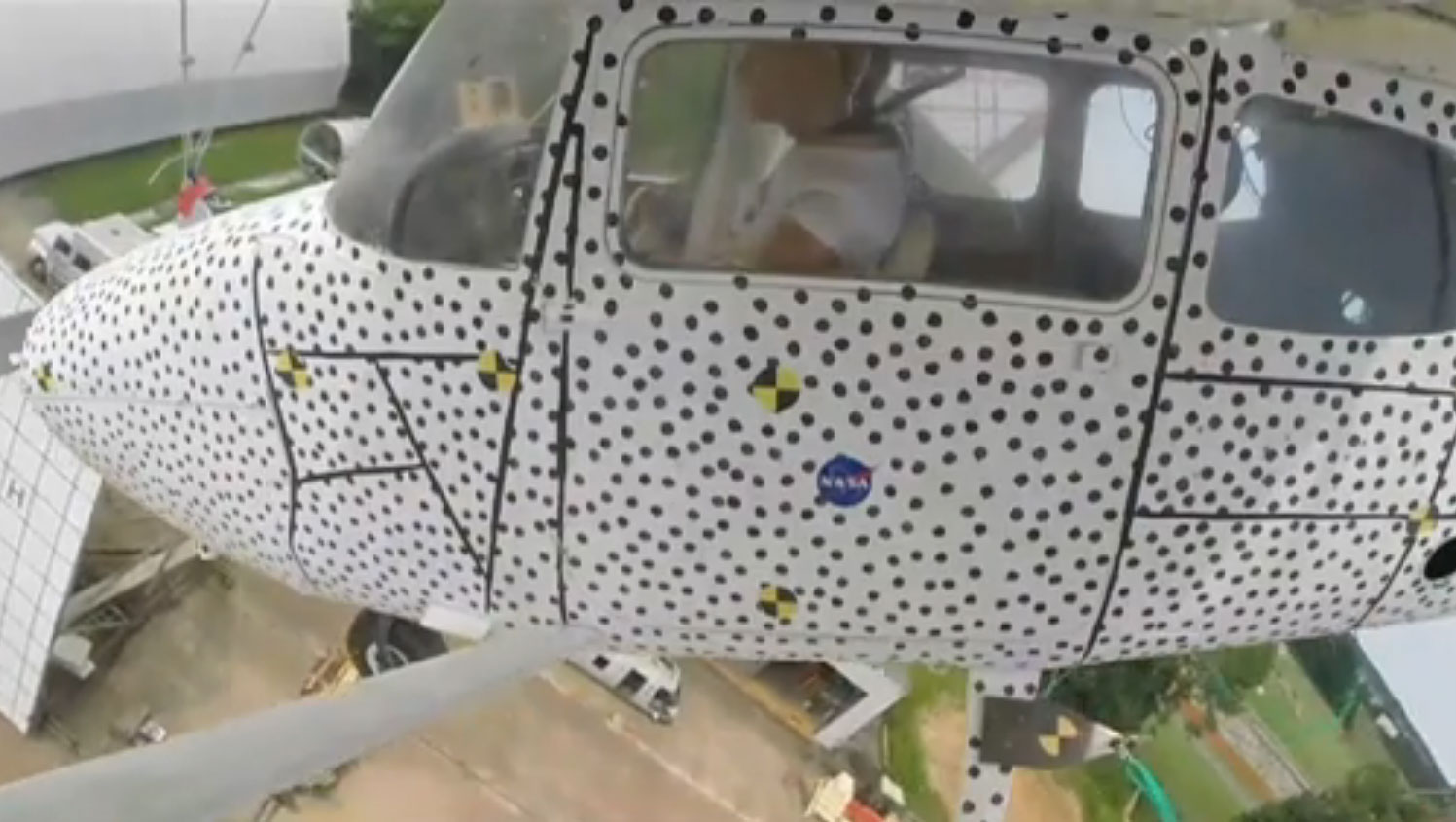 The plane's final 100 foot flight won't last long, but it's dramatic end could one day save lives.

It is the second of three crash tests at NASA's landing and impact research center outside Norfolk, Virginia. The center was once used to practice lunar landings and still tests spacecraft. Now researchers are working on building a better, smarter, emergency locator transmitter that can sense when a crash is imminent.

Known as an ELT it's essentially a homing beacon built into planes designed to quickly lead rescuers to a crash site.

Lisa Mazzuca is an astrophysicist and NASA's Search and Rescue Mission Manager. She says the real goal of the research is to start before impact -- to get the crash before the crash.

"The importance is your life. So if these work, and you are in dire straits, in a plane crash you typically are, you have a golden hour as we call it," Mazzuca said. "We want to make sure that we can get the rescue forces there to you as quickly as possible."

But first, that beacon has to survive impact. Sensors and camera are gathering data on how well the ELTs hold up.

Chad Stimson is overseeing the project.

"What kind of forces is it going to be exposed to, where it should be installed, how to install the other pieces of equipment it is connected to so that the complete system functions optimally," Stimson said.

Researchers plan to use their results to make recommendations to the FAA by the end of the year. These beacons don't work underwater, but are installed on commercial airliners.