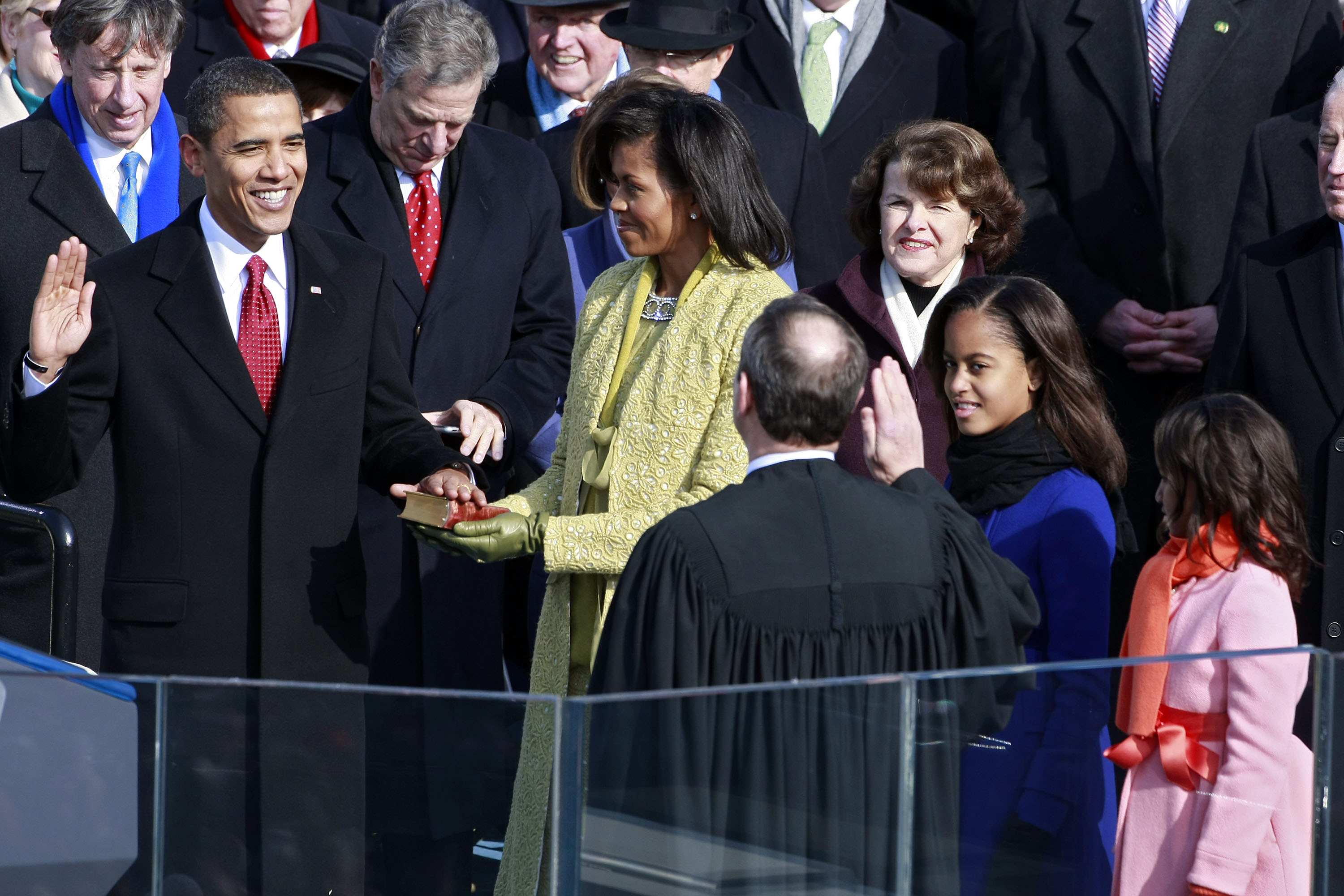 The U.S. Constitution states that the president is to be inaugurated January 20 of the year following his or her election. But what happens when that date falls on a Sunday?

It's been the case before - last with Ronald Reagan in 1985 - and will be again this weekend: The president will be sworn in twice.

At noon on Sunday, January 20 - the Constitutionally-mandated date - President Obama will be sworn in officially for his second term by Chief Justice John Roberts, in the Blue Room of the White House, surrounded by a small group of family and friends. On Monday comes the big celebration, replete with the inaugural speech, a parade, and, for spectators, a mock swearing-in.

But the hundreds of thousands of people flocking to the capital for the big event this weekend better hope forecasters are right in predicting temperatures Sunday and Monday will hover just above freezing, warns CBS News correspondent Bill Plante. He's covered every inauguration since Jimmy Carter's in 1977, and was in the press corps covering Reagan's not-so-successful second inauguration.

After Reagan and then-Vice President George H.W. Bush took their oaths inside the White House on Sunday, January 20, 1985, they walked outside, where Plante said he was positioned on a platform with other reporters. "And they smiled and waved - no overcoats, it was about five above zero," he said. "And Reagan waved and looked around and said, 'Wow!' - meaning the weather."

As the day went on, Reagan and his staff insisted Monday's events would go as planned. But late on Sunday night, Plante remembered, "as the temperature was going around zero, they had to cancel the parade. Boy, were a lot of people upset.

"I mean, you had marching bands from high schools all over the country, kids who probably had bake sales to raise money to get to Washington, D.C., they couldn't perform," he continued. "Some of them did actually give a show at an inside armory the next day or the day after. But it was sad. There were people who had paid a hundred bucks or so for tickets for the grandstands along Pennsylvania Avenue to watch the parade go by. They were just completely out of luck."

Monday's swearing-in ceremony was moved inside, to the Capitol Rotunda, where only 1,000 people - mostly lawmakers and other officials - were able to attend.

"So the country saw two swearing-ins in 1985," Plante said. "One at the White House, one at the Capitol; neither one of them outside, and no parade."