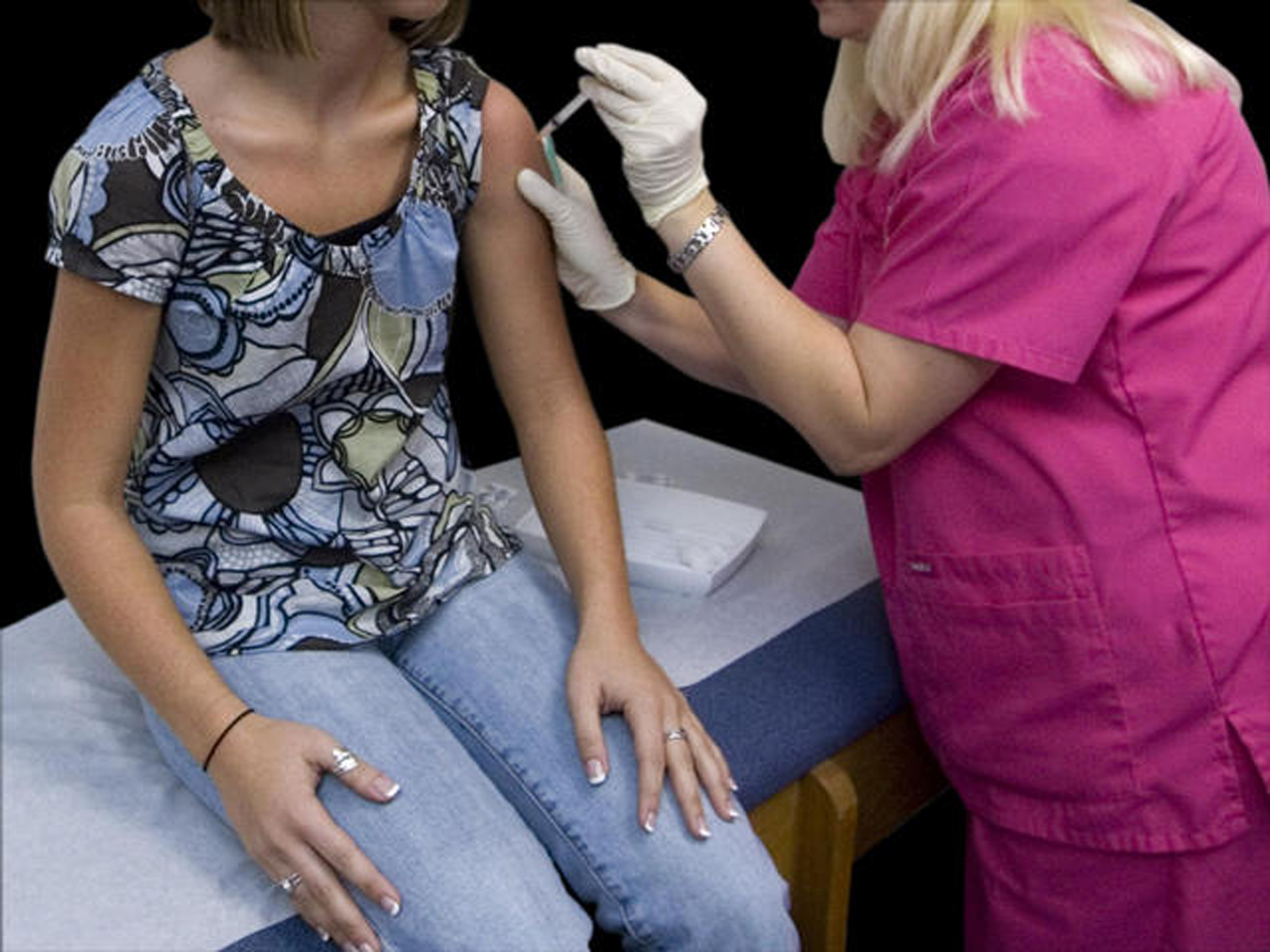 Michael Douglas' frank discussion about the human papillomavirus (HPV) and oral cancerhas put a spotlight on the dangers of the sexually transmitted virus. While using a condom may reduce risk for HPV, doctors are reminding people that the best way to protect oneself from the disease that can potentially lead to cancer is to get vaccinated at an early age and, if possible, go for routine screenings.

HPV is a group of more than 100 very common viruses, about 40 of which can be transmitted sexually, according to the U.S. Department of Health and Human Services Office on Women's Health. Approximately 79 million Americans are currently infected with an HPV strain, the Centers for Disease Control and Prevention reports, and nearly all sexually active men and women will get one type of sexually transmitted HPV in their lifetime.

"HPV is ubiquitous in our population," Dr. Lori Wirth, medical director of the Center for Head and Neck Cancers center at Massachusetts General Hospital in Boston, explained to CBSNews.com. "Anyone who has led a normal sex life will get HPV, and develop antibodies to the virus. But, a minority of people who have contact with the virus who don't effectively clear the virus from their system will develop other diseases."

For the most part, once a person is infected with HPV, their body builds natural immunities against it and fights it off. But, some strains can lead to cancers of the oropharynx (back of the throat, including the base of the tongue and tonsils), cervix, vulva, vagina, penis and anus. Two strains of HPV are connected to 70 percent of cervical cancer cases, while two others cause 90 percent of genital warts. Doctors still don't know why some people who get HPV go on to develop other diseases, while others don't.

To look for genital HPV, women can get an HPV test during a Pap smear, which among other things will reveal if she currently is infected with the cancer-causing strains of HPV. While it does not necessarily mean she will get cervical cancer, it shows that she is at high risk for the disease. Doctors can go ahead and do more exploratory procedures for suspicious polyps or growths and continue screening to see if her HPV persists.

Not having a vaccine to protect against oropharyngeal cancer is especially concerning because this type of cancer has one of the fastest growing rates: It's increased 225 percent from the mid 1980s to the mid 2000s, according to Wirth.

Currently, a new test allows doctors to test of the presence of HPV DNA in an oral gargle and rinse test, Wirth explained. About 10 percent of men and 3.5 percent of women test positive for strains that lead to oropharyngeal cancer under this procedure.

But, this only identifies people who are high-risk, Wirth pointed out. Part of the problem with oropharyngeal cancer is that it occurs deep in a patient's mouth where doctors can't even see, and the gag reflex makes it hard to take a closer look. Even without these problems, the mucosal surfaces are very repetitive and fold over each other, creating hidden pockets that easily hide pre-cancerous lesions.

Currently, two vaccines exist that can provide protection from some of the most dangerous strains of HPV. Gardasil, which is Food and Drug Administration-approved for people between the ages of nine to 26, provides protection from HPV types 6, 11, 16, and 18. Strains 16 and 18 are behind the leading causes of cervical and other cancers, and 6 and 11 cause genital warts. Cervarix only provides protection for strains 16 and 18, and is only approved for women between 10 and 25.

"The vaccines that are available right now are one of our only protections against HPV," Dr. Nieca Goldberg, director of the Joan H. Tisch Center for Women's Health at NYU Langone Medical Center, told CBSNews.com.

While some might say that women may benefit more from getting the vaccines because of cervical cancer risk, it's important to note that both men and women can get genital warts. In addition, men can transmit the dangerous strains of HPV, and if they are immunized against it, overall transmission rates could decrease.

Orrange points out that having the vaccine can also prevent having the awkward conversation with a partner when you have to tell them that you have a sexually transmitted disease.

"My patients who have HPV never know how much to disclose to an new partner," Orrange explained. "When they disclose it, everyone runs for the hills."

There are some limitations with the vaccine. First, it is shown to be most effective in patients who have not been infected with the HPV strains so it can help them develop immunity for future infections. For this reason, it is recommended that it is given at 11 or 12, before any sexual activity takes place. Some fear that giving the HPV vaccine may lead to sexual promiscuity at an earlier age, but studies have shown that there is no link between the two actions.

Since the vaccine was developed for an adolescent population, there isn't much research out there on whether on not giving the vaccine even earlier would be beneficial to the patient. It's still relatively new, so there's not much information if the protections wear off over time.

The vaccines are recommended until the patient reaches the age of 26 in the U.S. After that age, it is assumed that the patient would have already come in contact with the virus, rendering the vaccine useless.

Still, Orrange said she's had many patients in their 30s who have come up HPV negative following a Pap smear and pay out of pocket for the vaccine, just in case they haven't come in contact with the disease-causing strains. In fact, Canadian labeling of the same product extends the appropriate age from 9 to 45.

"It's not going to hurt you at all (if you've already contracted HPV)," Orrange said. "It just hasn't been shown to be effective to you in any way."

The vaccine is delivered in a series of three shots, and it is very important that the patient receives the full dose. Wirth pointed out that slightly less than a third of all girls will have the three doses by the recommended age.

"It's a much smaller percent of young kids who get vaccinated with all three doses," Wirth said. "We don't know how it will work with people who only get the dose one or two times."

Another reason preventing people from getting the vaccine is the fear of side effects. A March study in Pediatrics showed that 44 percent of parents did not want their children to get the HPV vaccine, and the main reason was because they were afraid the vaccine wasn't safe. Wirth assures people though that because it is not a live viral vaccine -- meaning you cannot get HPV from the shot - and it doesn't contain eggs like the flu vaccine, the risk of side effects are low.

Observed reactions have been pain, redness or swelling at the injection site, mild dizziness, nausea and headache and fainting -- the later of which is a side effect for any shot. There was also a risk of blood clots of the lungs compared to other women around the same age who had received vaccines, but 90 percent of the people who got the HPV vaccine had another risk factor for blood clots, including taking oral contraceptives.

"We give people vaccines for other things like polio, mumps, measles and rubella," Goldberg said. "This is just another thing to protect ourselves."