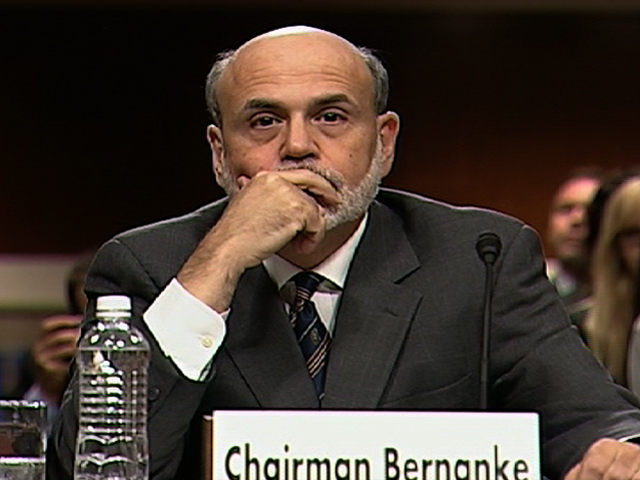 I often cite William Sherden's book "The Fortune Sellers" as evidence for why you shouldn't put any value in economic and market forecasts. Among Sherden's findings was that economists' forecasting skills are about as good as guessing. It didn't even matter if the forecasts were coming from those directly or indirectly involved in running the economy, such as the Federal Reserve, the Council of Economic Advisors and the Congressional Budget Office.

I've come across some recent examples from the very people running our economy that you should know about as well. The following are offered as supporting evidence for Sherden's findings regarding the fallacy of forecasting.

In the summer of 2007, the downturn in the U.S. housing market was affecting the financial markets. Shortly thereafter, we entered what became known as the Great Recession. By 2008, big banks were failing, Lehman Brothers collapsed, and one of the worst financial crises in history occurred. Yet the minutes of the Federal Reserve meetings in 2006 showed no real signs of concern about the potential risks. Here are some of the minutes:

Meeting participants saw the economy as having rebounded strongly from the slowdown in the fourth quarter of last year, with aggregate spending and employment expanding briskly in the current quarter. Growth was expected to moderate to a more sustainable pace later this year. The ongoing cooling in the housing market would act to restrain residential construction and growth in consumption, but business and household confidence and supportive financial conditions would help to foster growth in employment and incomes, keeping consumption and investment on a solid upward track.

Here's another interesting passage from the Fed meeting minutes:

Meeting participants saw both upside and downside risks to their outlook for expansion around the rate of growth of the economy's potential. In the housing market, for instance, some downshift from the rapid price increases and strong activity of recent years seemed to be underway, but the magnitude of the adjustment and its effects on household spending were hard to predict [emphasis mine]. Some participants cited stronger growth abroad and robust nonresidential investment spending as potentially contributing more to activity than expected.

Despite convening every six weeks, the Federal Reserve gave no sign it was concerned about the damage the weakening housing market could inflict on the economy. Instead, it appeared to be more worried about inflation caused by a fast-growing economy.

"Some participants cited stronger growth abroad and robust nonresidential investment spending as potentially contributing more to activity than expected," according to the Fed minutes. The central bank also noted that "the labor market was now showing some signs of tightness, consistent with a relatively low jobless rate. There were anecdotal reports of shortages of skilled labor in a few sectors, such as health care, technology, and finance."

It's well documented that human beings don't like uncertainty and don't deal well with it. That's why many want to believe there are "experts" out there who can protect us from bad things because they can accurately predict the future, or at least do a better job of it than the collective wisdom of the market.

Jason Zweig, author of the outstanding book, "Your Money and Your Brain," offered this observation: "The ancient Scythians discouraged frivolous prophecies by burning to death any soothsayer whose predictions failed to come true. Investors would be better off if modern forms of divination like market forecasts and earnings projections were held to biblical standards."

Keep that passage in mind the next time you're tempted to act based on the forecast of the latest guru.