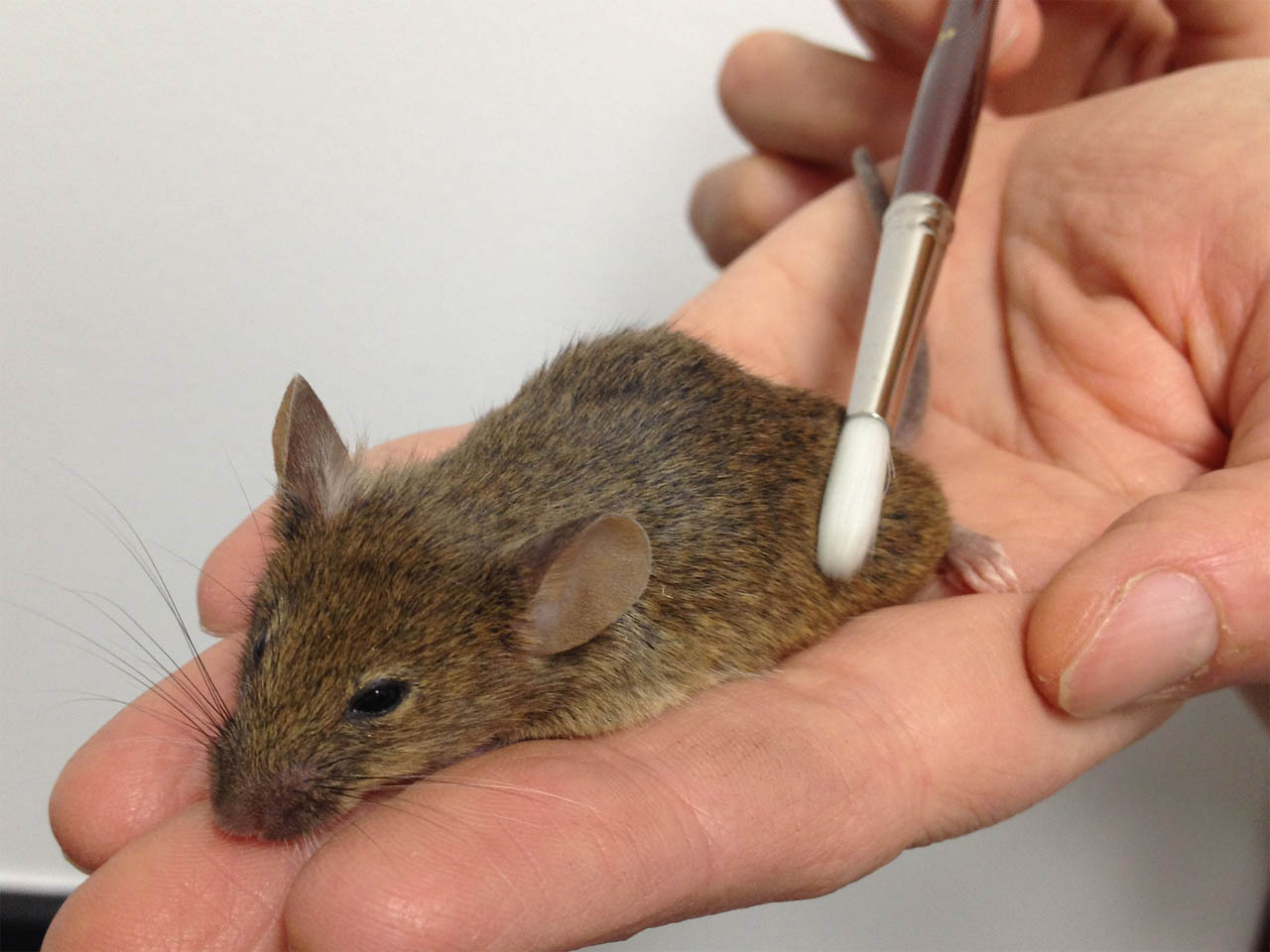 Pets love petting. In fact, all mammals enjoy being caressed, humans included. But why exactly this sensation is so enjoyable -- beyond the fact that "it feels good" -- has been something of a mystery to scientists. A new study looked at the phenomenon and found that stroking stimulates a particular set of neurons in the brain.

Researchers used lab mice to analyze their response to gentle touches. They found that a rare subset of neurons responded to stroking, but not other forms of contact.

Most sensory neurons react to a broad set of sensations. Pinching, poking, or prodding an animal's skin will elicit a reaction in the majority of sensory neurons. But researchers found that gentle stroking was the only sensation to stimulate a type of neuron called MRGPRB4+.

By synthesizing a chemical that also activates MRGPRB4+, the scientists were able to provoke a response in the neurons and observe a reaction. Mice given the neuron-activating chemical were observed to have fewer signs of stress, leading researchers to believe the sensation was both calming and pleasurable.

The researchers also note that humans have similar neurons in the hair-covered portions of our skin.

Why exactly mammals evolved to enjoy caressing is unclear. But the study suggests that stroking hair encouraged good hygiene through social grooming. It may also explain why certain hair-covered areas of the human body are more sensitive to touch or associated with pleasure.

The study was published in Nature Neuroscience.