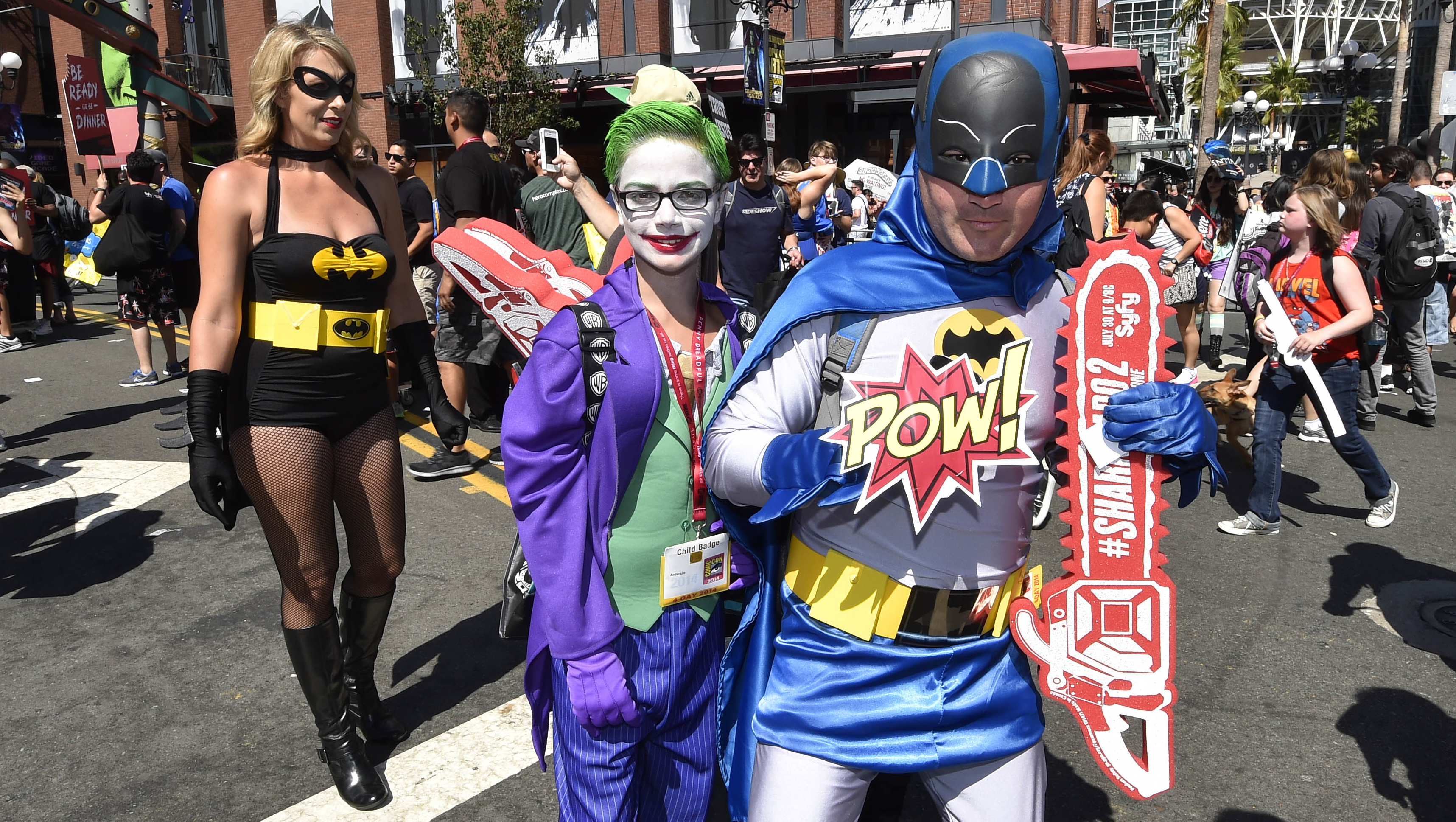 SAN DIEGO - Opening day of the 2014 Comic-Con International Convention attracted thousands of comic book fans from around the world.

Nicole Shrimpton, 21, thought she would need super powers just to get there.

Tickets for the Comic-Con sold out months ago and while the devoted fan managed to get one, she had to drive more than 30 hours from Canada before joining forces with the convention's 130,000 other fans in San Diego.

"(Comic-Con) has games, it has comics, it has movies," Shrimpton said. "It has every kind of aspect you could want ... really for everyone."

"This truly is the Super Bowl of conventions," Faulconer said. "Over $175 million dollars in economic impact ... people love it, they believe in it, and often times they live it."

Workshops, exhibitor booths and celebrity panels allow fans to get up close to the stars and artists who help create and produce some of their favorite shows, movies and comic books. At the massive convention, even the walking dead come alive. Zombie actors are roaming Comic-Con to promote the next season of AMC's hit show "The Walking Dead."

Since its start in 1970, Comic-Con has grown beyond comic books into a showcase for all sci-fi and superhero pop culture. The convention's often unique mix also includes a special birthday celebration this year. The Caped Crusader himself, Batman, turns 75 years old. DC Comics is paying tribute at Comic-Con with a collection of iconic costumes and memorabilia used in several Batman films.

"I grew up on comics, so [Comic-Con] really means everything to me," said Mike Thibodeaux, a comic art collector.

The former comic artist now sells original artwork that was used to make comic books from "Archie" to "Spider-Man." He spoke to CBS News about the high-priced market for comic originals, pointing to a decades-old "Spider-Man" page that he was selling for more than $20,000.

He hopes to sell more than $100,000 worth of pieces before the world's largest comic book convention ends this Sunday.

"It's a community of us artists, and people who appreciate art," Thibodeaux said. "I just can't ask for more, personally."