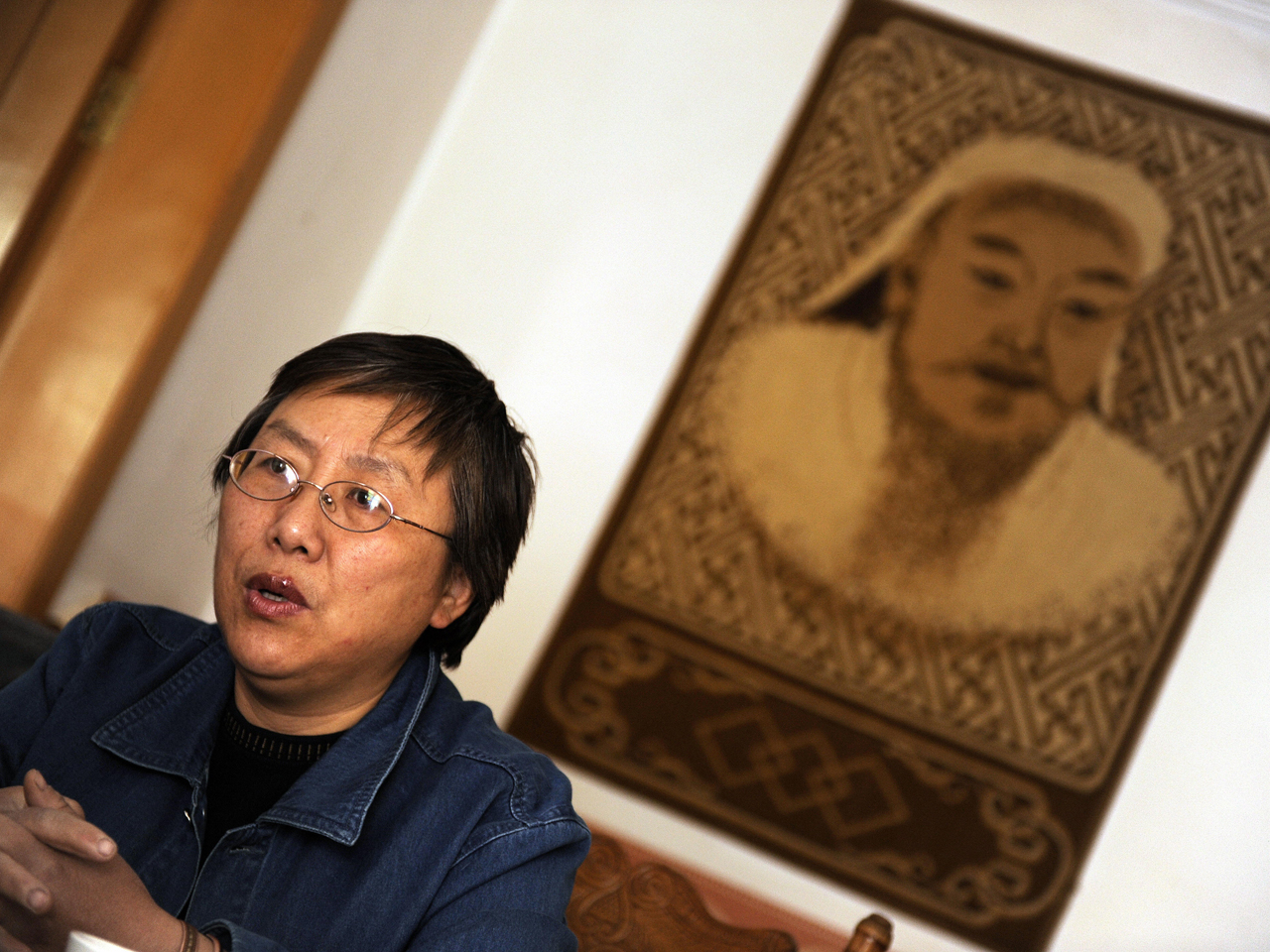 HONG KONG One of China's longest-imprisoned dissidents is mentally and physically breaking down.

That's the report from family members of Hada, 57, an ethnic Mongolian sentenced to 15 years in prison in 1996 on charges of espionage and separatism. Since his release in December 2010, he has been held in extra-legal detention at Jinye Ecological Park outside the provincial capital of Hohhot. He has not been charged with any crime.

Letters from his lawyer, his son Uiles, and his wife Xinna, deplore the decline in his health and psychological condition since his imprisonment.

"Being locked up for 17 years has ravaged his body and mind," said Uiles, 29, last month in a statement translated by Human Rights in China, a New York-based nongovernmental organization.

"When he was behind bars, they didn't let him read the newspaper, have visitors, write letters, or exercise," he said. "My mother saw him a few times last year, and he quarreled with her whenever he saw her. He is under so much pressure. My mother said that he has become really paranoid and has mental problems. He did not speak to me when I saw him; I tried to soothe him, but he scolded me."

In her letter, Hada's wife Xinna described her husband's condition as "deteriorating." When she saw Hada in September, her most recent reported visit, she found that he had become lethargic, overweight, and psychologically unstable. While being denied reading material, she said Hada was being supplied with large quantities of hard liquor. She also found that he had been deprived of toilet paper for a year.

"One can see that his self-control is in serious decline and he is anxious and irritable. Originally, Hada was a very clean person, but during this visit I found that his ability to take care of himself has seriously declined. His dirty clothes were piled up unwashed, and he has a severe psychological dependence on alcohol," Xinna wrote.

Since the letters were published and translated a month ago, Hada's son and wife have been unreachable, activists say. Authorities have forbidden them to communicate with the foreign press or overseas Mongolian groups about Hada or their treatment.

Hada (who, like many Mongolians, uses no surname) remains one of the most recognized figures in Inner Mongolia, the historic homeland for most of China's 6 million ethnic Mongols. As an intellectual and bookstore owner, Hada was an instrumental figure in movements promoting the Mongolian language, culture, and identity. He wrote extensively on political theory and philosophy in Mongolian throughout the 1980s, and in the 1990s he co-founded the Southern Mongolian Democratic Alliance, which called for independence from China and eventual unification with the nation of Mongolia, which borders China to the north.

Chinese officials cracked down on the alliance in 1995, arresting Hada and confiscating all documents relating to the group. Two weeks later, hundreds of students gathered outside Hada's bookstore, waving signs of Genghis Khan and making speeches in protest. Hada was denied a lawyer and was convicted in 1996 of "splitting the country," conspiring to overthrow the government, and espionage.

Seventeen years later, Hada continues to be held by officials in detention because, activists say, he refuses to confess he was guilty of the crimes of which he was already convicted.

"The Chinese have kind of a curious mentality," says Sanj Altan, president of the Mongolian American Cultural Association. "In any other civilized country, once you've served your sentence, they let you out. But in China it's not enough that you serve your debt to society, but you also have to then go through this sham ritual of, 'Yeah I admit I did wrong.' What kind of legal principle is this?"

To increase the pressure on him, Hada's wife and son were also temporarily detained on charges of running an "illegal business" and possessing drugs.

Why is China so driven to crush the spirit of one Mongolian intellectual? In a word: territory. Compared to Tibetans and Uighurs -- Turkic people in China's northwest -- the aspirations for freedom among China's Mongolians garner little attention in America. But they are no less intense.

Inhabiting a huge swath of land that borders the independent state of Mongolia, China's Mongolian population became part of the country when they were conquered by the Qing dynasty in the 1600s. Today almost twice as many Mongols live in China than in Mongolia itself.

While in principle Inner Mongolia is an ethnically autonomous region, in reality Beijing's policies are designed to drive Mongolians to assimilate to the majority culture. Over the last decade, many Mongolian-language schools have been shuttered; nomadic herders have been driven off their land; and government policies have continued to encourage Han Chinese immigration. Rampant mining has ravaged the grassland environment.

Tensions came to a head in 2011, when protests against government policies erupted around Inner Mongolia.

"To the Chinese government this was a big surprise, because they always thought Mongolians would never resist," says Enghebatu Togochog, director of the US-based Southern Mongolian Human Rights Information Center.

"To the outside world, China always uses Mongolia to advertise their ethnic policies -- they say it's much better than Xinjiang and Tibet. But that's not true."

Whatever Hada and other activists might wish for, there is little real hope for Inner Mongolian independence in the near future. The Communist Party takes an extremely hard line against "separatist" movements, and China benefits greatly from Inner Mongolia's natural resources. The region contains more than a quarter of the world's coal reserves, and nearly 80 percent of the world's total reserves of rare-earth metals.

Yet there may be hope in gradual change. While Hada remains in detention, a new generation has begun to assert Mongolians' rights within the existing Chinese legal framework. They have remained non-violent in their protests, and rarely mention independence or political rights in public.

"The Chinese government says it's an autonomous ethnic region, so Mongolians say, 'Give us real autonomy. You have to keep your promise,'" Togochog says. "If you say, 'We want independence, we want freedom,' then the Chinese government usually unconditionally cracks down."

This story originally appeared on Global Post, and was written by Benjamin Carlson.