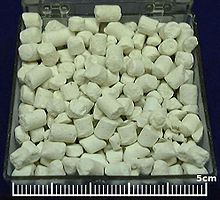 After all that it's suffered through since the late 1970s, Afghanistan could use a break. That's why this surprisingly hopeful discovery of vast mineral deposits could be one of the most important events in that country's history. Among the potential riches - and the one likely to excite the technology industry's interest - lithium.

The New York Times quotes a Pentagon memo suggesting Afghanistan could one day become "the Saudi Arabia of lithium."

"There is stunning potential here," the newspaper quoted Gen. David H. Petraeus, commander of the United States Central Command as saying. "There are a lot of ifs, of course, but I think potentially it is hugely significant."

Hyperbole aside, there's a reason for that kind of optimism: In a world where smartphones and mobile computing devices increasingly are the norm, lithium is an indispensable battery technology. Future technology obviously may shift, but right now batteries based on lithium technology are the most popular rechargeable batteries around.

Fast Company has a good primer out on the topic today. An excerpt:

"Lithium, properly discovered in 1817, is a an alkali metal in the same family as sodium and it's actually a soft metal under normal conditions--you can cut it with a knife. It's also the least dense solid element and the lightest metal, meaning it can actually float on water, but it's incredibly reactive and flammable in air and water so it has to be stored beneath a sticky oil in laboratory environments. Lithium has multiple uses in the modern world, including as a mood-stabilizing drug, but its first serious industrial use was during the second World War as part of high-temperature greases that were perfect for use in aircraft engines. The U.S. was the world leader in lithium production from this era until the 1980s when vast South American deposits began to dominate"

After the PR rush passes, what about the reality? Writing in Foreign Policy Blake Hounshell is less impressed, arguing that there's "less to this scoop than meets the eye." (Among other things, he argues out that the data has been available online for quite some time.)

Considering Afghanistan's fraught political history how this discovery plays out on the country's domestic scene truly becomes the trillion dollar question. As the Times piece correctly notes, the discovery doesn't necessarily pave the way to peace and could actually lead to intensified fighting with the Taliban in the struggle to control Afghanistan's newfound mineral wealth. (By comparison, check out this superb New Yorker article on lithium and Bolivia.) And then there's the country's culture of corruption which "could also be amplified by the new wealth, particularly if a handful of well-connected oligarchs, some with personal ties to the president, gain control of the resources."

But the glass half-full scenario is also just as compelling. With the tech industry developing devices that are increasingly mobile and increasingly smaller, the demand for lithium will only continue to grow.