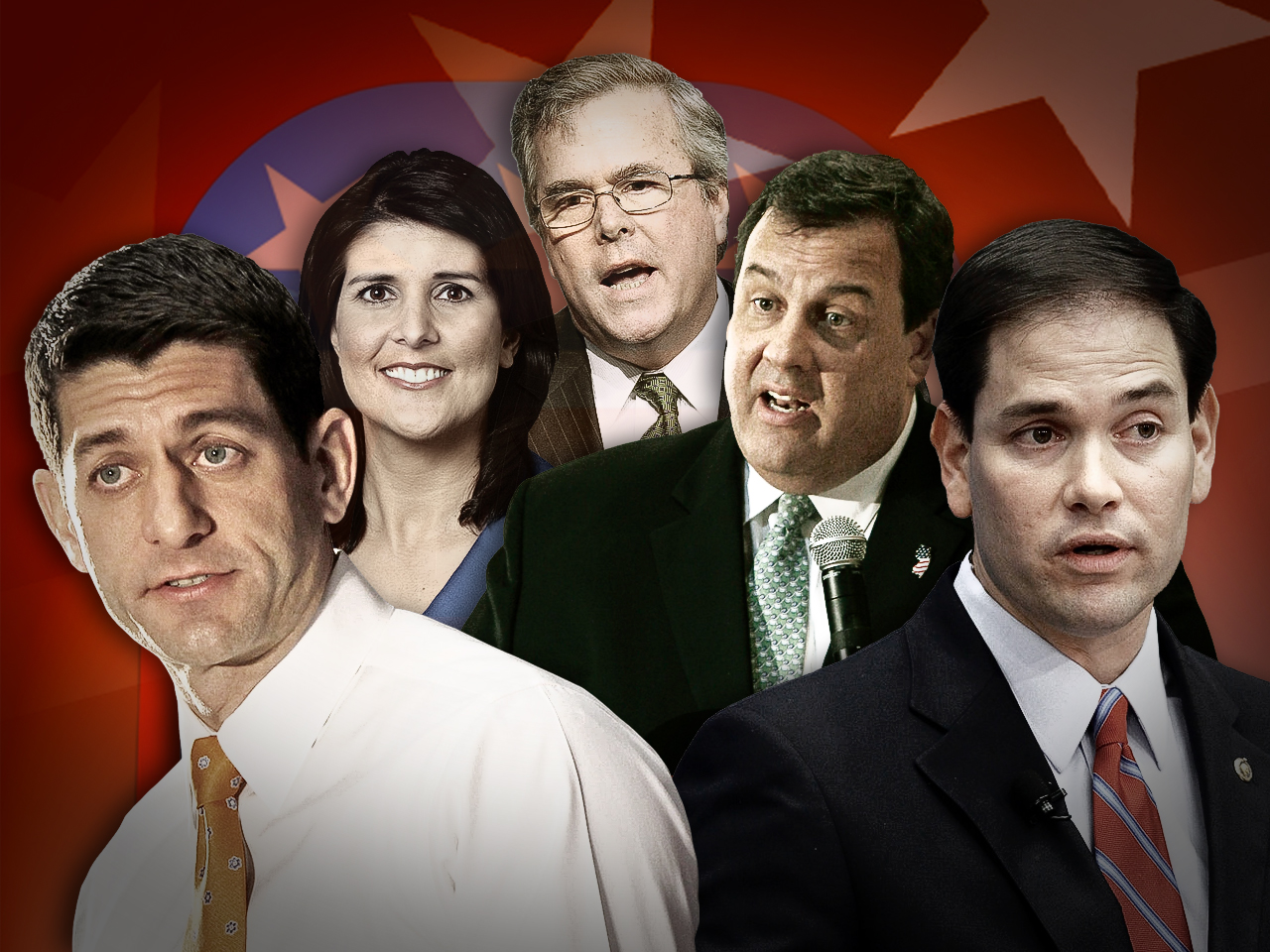 Hillary Clinton took the stage Tuesday night for the first time since leaving the State Department. The talk about her running for president in 2016 has swelled ever since. The combination of Clinton's stature, the stretch of time between now and the first caucus, and the media's undifferentiated love for presidential campaigns is going to create a vast bloom of speculation. We should call in the meteorologists, because by 2014 you're going to be able to spot it on Doppler radar.

This is mostly terrible. There's nothing wrong with the idea of a Clinton candidacy, but the coverage of that idea is going to encourage us to be stupid at times. (She'll eat corn and people will say she's pandering to Iowa.) Clinton is very popular, and people want to know if she's going to run. Fair enough. But she's probably not going to let us know for quite some time. In a reasonable world, we'd task someone to wake us when Clinton is ready to tell us she's running. (In this world we'd do the same thing with vice presidential picks. No more veepstakes!)

But we don't live in that world. For some time, no one will really know what Clinton is going to do, but that will not stop us from guessing. In the absence of information, the stories will come--and they will keep coming. They probably won't be nourishing either. If only we could produce some kind of energy--something useful or productive--with all of this feverish activity.

This is a shame, because there are some good things about starting the 2016 presidential race early. While taking a poll that pits Hillary Clinton against Marco Rubio right now is silly, the fact that Rubio may be thinking about running is not. Presidential races excite ambition, which causes politicians to take risks, which can start conversations about important ideas. Our day-to-day political life is small, but in the presidential conversation it's still possible to imagine bigger things. It is a place to discuss first principles. (This is distinct from the nature of the conversation during a presidential campaign, which gets very small fast.)

The 2016 conversation really helps the Republican Party. Whether you agree with the scathing criticism of the Republican National Committee report or not, it's clear the party needs some new leaders and a new direction. The big questions are up for debate: What should a government do? What's the right mix between principle and politics in a politician? Which Republican ideas are core beliefs and which ideas are expendable? Old forms are being challenged. The GOP has favored governors, but the boys in the buzz right now are Sens. Rubio and Rand Paul. Governors like Chris Christie of New Jersey and Bob McDonnell of Virginia are out of favor with some conservatives but popular with independents in blue states, which a lot of party strategists think is the key to winning. The presidential stew keeps these questions swirling.

The party transformation must happen, but the self-preservation instincts of mildly ambitious men and women who don't want to be president are never going to move the conversation into high gear. The glory of a spot in the presidential sweepstakes draws people out of the wings, though. To get noticed, these men say exciting things. Rand Paul's filibuster, is one example. Presidential speculation about surgeon Ben Carson put him in position to amplify the exciting things he said--sometimes too exciting. Louisiana Gov. Bobby Jindal called the GOP the "stupid party" and it stuck, in part, because he was more than just a governor; he's a man who wants to be in a position to determine the future of the party.

In New Jersey, Gov. Christie's presidential strategy is his governing strategy. The best way he can make the case for what his presidency will look like is by getting results at home. So he's motivated to be more than just a caretaker. That is also true of Gov. Jindal, who will take risks to get noticed in Louisiana. Ambitious politicians are often cautious, but in the early days of the presidential sweepstakes they inch a little out of their comfort zone in hopes of getting noticed.

The presidential race doesn't just excite, it draws out ideas. A great deal of the movement on immigration reform among Republicans has been the result of a push to reform the party ahead of the 2016 election.

Unlike the risk-taking atmosphere in the Republican field, the 2016 contest puts the Democratic side in a bit of a freeze. Hillary Clinton is in a class well above the rest--including Vice President Joe Biden. When Clinton left office, the Wall Street Journal poll showed she had a 69 percent approval rating. The only other national politician who is nearly as popular is her husband. (Quiz: In 2012, did Barack Obama need Bill Clinton more than Hillary Clinton will in 2016? I told you I couldn't resist.)

Clinton doesn't need to take risks to get noticed. (She spoke out in favor of same-sex marriage last month, but in the Democratic party it would have been riskier not to.) It's hard for any of Clinton's potential challengers to take her on before she announces a run, which stalls the kind of fertile debate that's possible on the Republican side. This pause may inspire Govs. Andrew Cuomo of New York and Martin O'Malley of Maryland to innovate or take some kind of risk at the statehouse; they have to do something if they expect to get noticed.

Will Hillary Clinton run? She may not even know yet. She is in the best position in American politics. She can keep the door open a long time. She has loyal staff who are willing to wait for her. She has time to tap a vast fundraising network. She can promote the causes she cares about--human rights and women's rights--and stay in the news. (She has two high-profile events this week on those topics.) She'd be working on those issues even if she weren't running, so she doesn't have to contort herself much to keep her options open. Tuesday night she was greeted like a rock star by the audience at Vital Voices, an organization she helped found in 1997. Outside, members of the Ready for Hillary super PAC held a rally in support of her 2016 candidacy. The presidential speculation brings attention to her causes. There's nothing silly about that.

Five Conspiracy Theories and the Americans Who Believe Them
How Do Prosecutors Decide Whether to Seek the Death Penalty?
The Real Problem With Law Schools