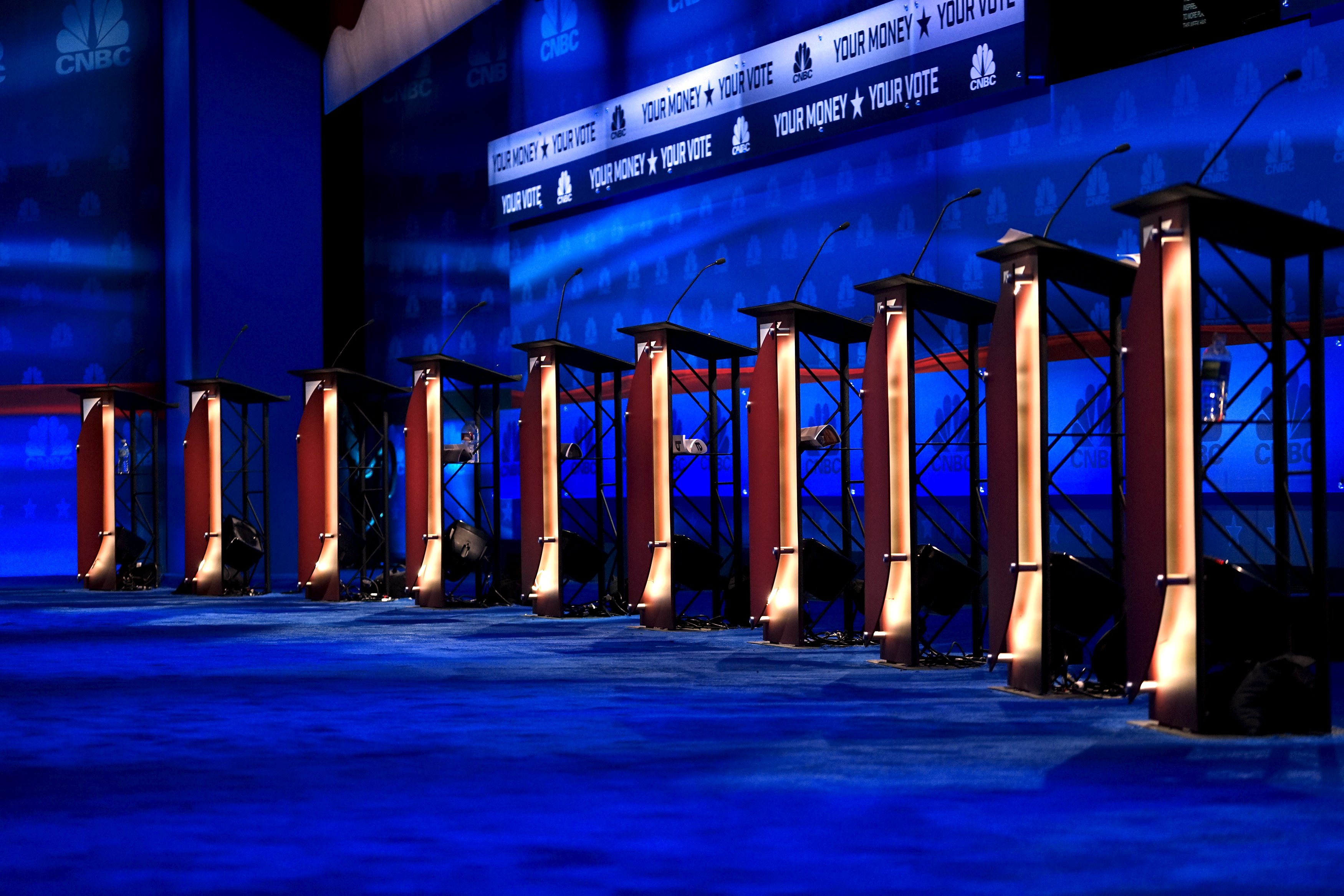 Since the last Republican gathering, the field for the primetime debate has widened marginally, with one candidate showing enough momentum in the polls to move up: New Jersey Gov. Chris Christie.

For the main stage, CNN allows any candidate who averages 3.5 percent in national polling (in polls from certain pollsters over a set period of time) or 4 percentage points in either Iowa or New Hampshire polling.

The participants In the undercard debate, airing at 6:00 PM ET, include former Arkansas Gov. Mike Huckabee, former Pennsylvania Sen. Rick Santorum, South Carolina Sen. Lindsey Graham, and former New York Gov. George Pataki. Missing from the second-tier debate is Louisiana Gov. Bobby Jindal, who dropped out of the primary race shortly after the last GOP debate. Pataki, who did not register high enough in polls to feature in the previous Fox Business/Wall Street Journal debate, has taken his place.

Participation on the earlier stage only requires that a candidate appears in four of the predetermined polls at 1 percent or higher.

Tuesday's forum will be the fifth Republican primary debate. In contrast, Democrats, with a narrower candidate field, have only had two debates so far.