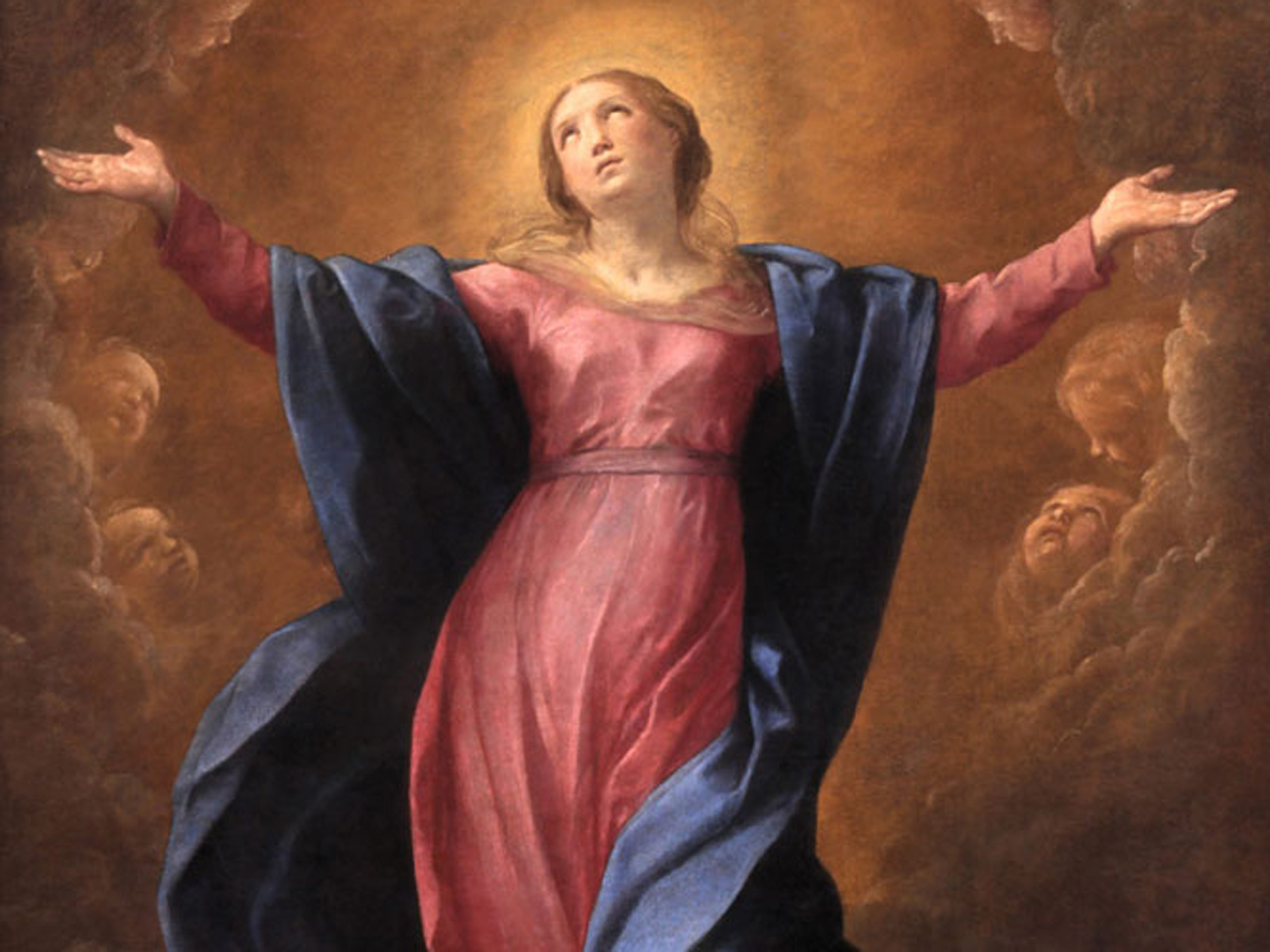 (CBS News) Images of Mary have been plentiful throughout most of the history of Christianity. However, anyone seeking to put together a fully rounded portrait of Mary actually has very few clues to go on. Our Cover Story is reported by Martha Teichner:

"Hail Mary, full of grace, the Lord is with you. Blessed are you among women..."

There is no trace of suffering, or even joy, in the alabaster Mary's face. But it is not the emptiness of her gaze people see as they pray; it is the Mary whose pain at the loss of her son, Jesus Christ, resembles their own.

Father Neil Connolly, pastor of St. Mary's Roman Catholic Church on the Lower East Side of New York City, said, "Mary's role for us as Christians is humanizing. It's somebody we can relate to."

He noted the second part of the "Hail Mary": "We say, 'Holy Mary, mother of God, pray for us sinners now and at the hour of our death.' It's a recognition of who Mary is. After Jesus, Mary is number one."

Twenty percent of all Roman Catholic places of worship in the U.S. -- nearly 4,000 -- are named for Mary.

"Her position also is a very iconic position, in the sense that people admire so much her life, or what we know about it," said Father Connolly.

But what exactly DO we know about it? Mainly, what little is written in the Gospels of the New Testament -- Matthew, Mark, Luke and John.

Mary (or Miriam. or Maryam) was from the little town of Nazareth, population maybe 400 in the first century. She was Jewish, and would have spoken Aramaic.

"What Mary represents in Christian tradition is the meeting of God with humanity," said Good.

"The Bible": How a hit TV miniseries was born
Losing our religion
Controversial new theories on the Shroud of Turin
Re-examining the Catholic Church's celibacy rule

We learn from Luke that the angel Gabriel visits her, and announces that she will bear a child, and that this child is from God. "Mary says, 'How is this possible, because I don't know a man?'" said Good. "That's what the Greek actually says. It's translated euphemistically as 'I am a virgin.'"

The Gospels tell the Christmas story -- how Mary gives birth to Jesus. During his adult ministries, she is seldom mentioned, although Mark describes what has been interpreted as a rift between them.

"There's no interaction, and that definitely does point to a little bit of tension, at least at that point, between Jesus and his family."

Only one of the Gospels places Mary at the crucifixion, alongside the so-called "beloved disciple.".

"John -- perhaps the beloved disciple, perhaps not -- was told by the dying Jesus to take Mary and look after her," said Good. "The tradition is that John takes Mary to Ephesus."

Ephesus, the ancient city in Turkey, where today pilgrims visit the house in which she might have spent her final days, her role as supporting cast member in the story of Jesus on the verge of changing dramatically.

"Once the significance of Jesus settled firmly on his following in the aftermath of Easter, then people started asking, 'What is it about Mary?'" said Evans.

You can trace her take on glory in art.

Early Christian art existed literally underground, in chambers known as catacombs, on walls and coffins. "Most all of our early Christian art comes from Rome and maybe Italy, because it sort of survived there," said Professor Robin Jensen, who teaches the history of Christian art and worship at Vanderbilt University.

"We start to see Mary, maybe at the end of the third century, probably not until the beginning of the fourth, usually in a scene we would think of as a nativity scene, but a very specific one: the Adoration of the Magi," said Jensen.

"We don't see Mary as so important in and of herself until the beginning of the fifth century, shortly after the Council of Ephesus, which was in 431, when they declared her to be the 'theotokis,' the god-bearer, mother of God.

"And then everything changes, and she starts to appear enthroned with a child on her lap, with angels and saints around her. That was when she becomes important."

By the Middle Ages and the Renaissance, paintings of Mary could be read for symbols of her holiness.

Jensen described the characteristics of her appearance in art: "Her outer mantle is blue and underneath, she usually, not always, has a red robe. One interpretation of this, and I think it's right, is that's a symbol of her fleshliness, her body, her blood that supports the child in the womb." The blue, meanwhile, meant divinity. "It's a sign of the heavens. She's also a heavenly being and, some think, queen of heaven."

Rarely is Mary shown as anything but young, although by 1400 -- when an old, tearful Mary was painted -- her suffering had become central to our understanding of who she was, although her anguish is nowhere in the Gospels -- not even her collapse when she sees Jesus with his cross on Good Friday.

So why is a different Mary shocking?

In "The Testament of Mary," now on Broadway, Irish actress Fiona Shaw plays Mary late in life -- angry, tortured by doubt, as she remembers.

Author-playwright Colm Toibin told Teichner, "There's a sort of almost a hunger to create this woman."

"Anyone who looks at the story of Christianity, of the origins of it, of the crucifixion itself, must wonder -- even on the best days, even on Easter Sunday -- if there's any other way to look at it. And so I'm offering that as an artist."

Not every Christian wants to accept that offer -- protests greeted "The Testament of Mary" when it began previews.

Toibin's provocative take isn't the only alternative Mary story. In early Jewish texts, she was a harlot, the virgin birth untrue. She also appears in the Quran, honored by Muslims above all other women.

Who was she really? The answer depends on the eye and the heart of the beholder.

EDITOR'S NOTE: An earlier version of this story mis-identified the possible "beloved disciple" as John the Baptist.

David Sedaris on the wonders of Alaska

The B-52s: We "never set out to change people's lives, but it happens that way"