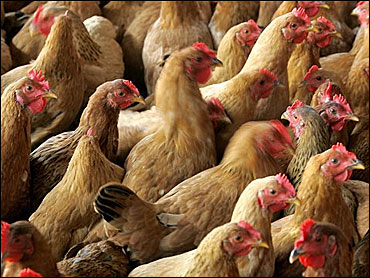 The World Health Organization on Wednesday estimated that developing vaccines and boosting production of antivirals to fight a flu pandemic will cost about $500 million over the next three to four years.

The cost will be in addition to the $1 billion that the World Bank said would be needed to control the current bird flu outbreak and prepare for a possible human pandemic, according to Dr. Margaret Chan, WHO's top official in charge of monitoring bird flu.

The estimate came as delegates from more than 100 countries agreed at the end of a three-day conference on key steps that must taken because of the threat posed by the bird flu outbreak.

"We have plans on paper, but we must now test them," said Dr. Lee Jong-wook, WHO director-general. "Once a pandemic virus appears, it will be too late."

The session agreed that bird flu had to be controlled through culling and vaccination, and that countries needed to strengthen their surveillance systems to quickly detect and contain any animal or human influenza outbreaks. Countries should set up and test their own national preparedness plans and improve regional cooperation.

"The minute there are more regions or countries with animal outbreaks or human-to-human transmission, the funding needs will increase hugely," said World Bank Vice President James Adams. He said the meeting provided a good basis for a donors' conference planned for Beijing in mid-January.

On the closing day of the three-day meeting, the bank said 90 percent of that money should be allocated directly to countries, with the other 10 percent going to international or regional agencies.

"Let me stress that these are indicative figures; if tomorrow one of these countries (at risk) or a new country is affected, these figures will change," Fadia Saadah of the World Bank said. She added that in the event that the bird flu virus started to mutate and transmit from human to human, "all of these figures will be multiplied by several orders of magnitude."

Saadah said the costs were based on initial, rough estimates to help the world move ahead as fast as possible in the fight against the disease.

The figure covers the needs of countries already affected by the bird flu outbreak and those at high risk for the disease, as well as the cost of drawing up pandemic flu plans in countries that don't yet have one.

The bank said a process to appraise regional proposals should be developed by January.

In another partial forecast, the two animal health agencies involved in the effort, the U.N. Food and Agriculture Organization and the World Organization for Animal Health, said that it will cost countries afflicted with the virus $45 million over the next six months to tackle the problem in poultry.

However, that figure does not include the cost of compensating farmers for the loss of their livelihoods, a strategy that is considered crucial to successful control of outbreaks.