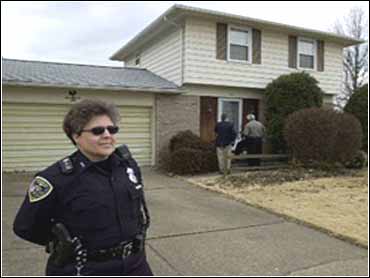 Robert Pickett, identified as the gunman shot outside the White House gates Wednesday, is an Indiana accountant with no prior criminal record.

A former student at West Point military academy, Pickett has a history of mental problems, reports CBS News Correspondent John Roberts. In 1987, while working for the IRS, he attempted suicide, claiming the IRS had been "harassing" him.

He was fired in 1989. Five years later, after seeking treatment for depression at a Baltimore hospital, he sued the government for re-instatement, but the case was dismissed.

Pickett continued to harbor resentment against the IRS. Police sources tell CBS News he sent several letters to an Indiana congressman complaining about it, and that he seemed to be "paranoid."

An unopened newspaper from Sunday was on the front porch Wednesday of his modest two-story white house in a middle-class neighborhood in Evansville, Ind. Residents reacted with shock at word that Pickett was involved in an incident that grabbed the nation's attention.

"I was really surprised. As far as I knew, he was an outstanding neighbor," said Lewis Gates, who last saw Pickett in December.

Pickett lives in the same home where his parents lived before they died -- his mother died in 1987, his father in 1995, according to death records.

A former neighbor, Beverly Buck, told broadcast sources that Pickett "has always been a very kind and a very good person as far as I'm concerned."

She added, "Bob was more or less left alone" after his parents died.

Sahar Wafa, of Racine, Wis., who lived across the street from Pickett for seven years, said he lived alone. "We never saw anyone there with him," Wafa said.

Evansville police said Pickett had no criminal record and that Secret Service agents were seeking a search warrant for his home.

Alvin Hayes, spokesman for the Indiana Bureau of Motor Vehicles, said Pickett had no violations listed on his driver's license

Doug Davidoff, spokesman for the Indiana Democratic Party, said public election records showed Pickett registered to vote in 1992 but did not cast a ballot and has not voted since.

©MMI, Viacom Internet Services Inc. All Rights Reserved.This material may not be published, broadcast, rewritten, or redistributed. The Associated Press contributed to this report

Republicans block $35 cap on price of insulin from Senate bill
Thanks for reading CBS NEWS.
Create your free account or log in
for more features.
View CBS News In
CBS News App Open
Chrome Safari Continue
Be the first to know
Get browser notifications for breaking news, live events, and exclusive reporting.