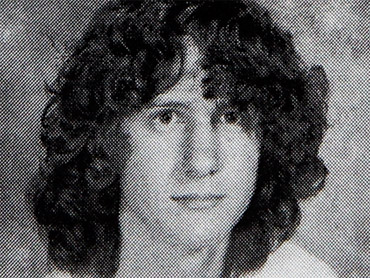 TUCSON, Ariz. - At an event roughly three years ago, Rep. Gabrielle Giffords took a question from Jared Loughner, the man accused of trying to assassinate her and killing six other people. According to two of his high school friends the question was essentially this: "What is government if words have no meaning?"

Loughner was angry about her response - she read the question and didn't have much to say.

"He was like ... 'What do you think of these people who are working for the government and they can't describe what they do?"' one friend told The Associated Press on Sunday. "He did not like government officials, how they spoke. Like they were just trying to cover up some conspiracy."

Both friends spoke on condition of anonymity, saying they wanted to avoid the publicity surrounding the case. To them, the question was classic Jared: confrontational, nonsensical and obsessed with how words create reality.

The friends' comments paint a picture bolstered by other former classmates and Loughner's own Internet postings: that of a social outcast with nihilistic, almost indecipherable beliefs steeped in mistrust and paranoia.

"If you call me a terrorist then the argument to call me a terrorist is Ad hominem," the 22-year-old wrote Dec. 15 in a wide-ranging screed that was posted in video form and ended with nearly the same question his friends said he posed to Giffords: "What's government if words don't have meaning?" (See video below)

On Sunday, Loughner was charged in the shootings a day earlier at a political event outside a Tucson supermarket. Aside from the six killed, 14 people were injured. Doctors were optimistic about Giffords' chances for survival.

So far, Loughner hasn't cooperated with authorities and has offered no motivation for the attack, reports CBS News correspondent Bob Orr. He is due in court later Monday but isn't expected to say much, having invoked his 5th Amendment rights.

Loughner had at least one other contact with Giffords. Investigators said they carried out a search warrant at Loughner's home and seized a letter addressed to him from Giffords' congressional stationery in which she thanked him for attending a "Congress on your Corner" event at a mall in Tucson in 2007. Saturday's shooting occurred at a similar event.

Other evidence seized from his home included an envelope from a safe with messages such as "I planned ahead," "My assassination" and the name "Giffords" next to what appears to be Loughner's signature. Police say he purchased the Glock pistol used in the attack in November.

Loughner lives with his parents about a five-minute drive from the shootings, in a middle-class neighborhood lined with desert landscaping and palm trees. Sheriff's deputies blocked off much of the street Sunday.

Neighbors said Loughner kept to himself and was often seen walking his dog, almost always wearing a hooded sweat shirt and listening to his iPod.

His high school friends said they fell out of touch with Loughner and last spoke to him around March, when one of them was going to set up some bottles in the desert for target practice and Loughner suggested he might come along. It was unusual - Loughner hadn't expressed an interest in guns before - and his increasingly confrontational behavior was pushing them apart. He would send bizarre text messages, but also break off contact for weeks on end.

"We just started getting sketched out about him," the friend said. It was the first time he'd felt that way.

Around the same time, Loughner's behavior also began to worry officials at Pima Community College, where Loughner began attending classes in 2005, the school said in a release.

Between February and September, Loughner "had five contacts with PCC police for classroom and library disruptions," the statement said. He was suspended in September 2010 after college police discovered a YouTube video in which Loughner claimed the college was illegal according to the U.S. Constitution. He withdrew voluntarily the following month, and was told he could return only if, among other things, a mental health professional agreed he did not present a danger, the school said.

It was at the college that Loughner had posed his question to Giffords about government and words, one friend said. A college spokesman said Giffords often has used school property for open events; a Giffords spokesman said he was not sure at which event the exchange would have taken place.

Staffer: Palin Rhetoric Not to Blame for Attack

Loughner's alienation from his friends was gradual.

The Loughner they met when he was a freshman at Mountain View High School may have been socially awkward, but he was generally happy and fun to be around. The crew smoked marijuana every day, and when they weren't going to concerts or watching movies they talked about the meaning of life and dabbled in conspiracy theories.

For a time, Loughner drank heavily, to the point of poisoning himself, the friends said. Once, during school lunch break as a junior, he downed so much tequila that he came back to class, within five minutes passed out cold, had to be rushed to the hospital and "almost died," one friend said.

Mistrust of government was Loughner's defining conviction, the friends said. He believed the U.S. government was behind the Sept. 11 attacks, and worried that governments were maneuvering to create a unified monetary system ("a New World Order currency" one friend said) so that social elites and bureaucrats could control the rest of the world.

On his YouTube page, he listed among his favorite books "Animal Farm" and "Brave New World" - two novels about how authorities control the masses. Other books in the wide-ranging list included "Mein Kampf," "The Communist Manifesto," "Peter Pan" and Aesop's Fables.

Over time, Loughner became increasingly introspective - what one of the friends described as a "nihilistic rut."

An ardent atheist, he began to characterize people as sheep whose free will was being sapped by the government and the monotony of modern life.

"He didn't want people to wake up and do the same thing every day. He wanted more chaos, he wanted less regularity," one friend said.

The friends said Loughner told anyone who would listen that the world we see does not exist, that words have no meaning - and that the only way to derive meaning was during sleep. Loughner began obsessing about a practice called lucid dreaming, in which people try to actively control their sleeping world.

Several people who knew Loughner at community college said he did not engage in political discussions - in fact, he didn't talk much at all, and when he did classmates cringed.

"He made a lot of the people really uncomfortable, especially the girls in the class," said Steven Cates, who attended an advanced poetry writing class with Loughner at Pima Community College last spring. Though he struck up a passing friendship with Loughner, he said a group of other students went to the teacher to complain about Loughner at one point.

Another poetry student, Don Coorough, said Loughner read a poem about bland tasks such as showering, going to the gym and riding the bus in wild "poetry slam" style - "grabbing his crotch and jumping around the room."

When other students, always seated, read their poems, Coorough said Loughner "would laugh at things that you wouldn't laugh at." After one woman read a poem about abortion, "he was turning all shades of red and laughing," and said, "Wow, she's just like a terrorist, she killed a baby," Coorough said.

"He appeared to be to me an emotional cripple or an emotional child," Coorough said. "He lacked compassion, he lacked understanding and he lacked an ability to connect."

Cates said Loughner "didn't have the social intelligence, but he definitely had the academic intelligence."

"He was very into the knowledge aspect of school. He was really into his philosophy classes and he was really into logic and English. And he would get frustrated by the dumbed-down words people used in class," Cates said.

Lynda Sorenson, a 52-year-old who shared an algebra class with Loughner, painted a disturbing picture of the suspect in several e-mails to friends.

In one of the notes, provided to the Washington Post, Sorenson wrote:

"We have a mentally unstable person in the class that scares the living crap out of me. He is one of those whose picture you see on the news, after he has come into class with an automatic weapon. Everyone interviewed would say, Yeah, he was in my math class and he was really weird. I sit by the door with my purse handy. If you see it on the news one night, know that I got out fast..."

Loughner expressed his interest in grammar and logic on the Internet as he made bizarre claims - such as that the Mars rover and the space shuttle missions were faked.

Loughner also said in one video that government is "implying mind control and brainwash on the people by controlling grammar." He described America's laws as "treasonous" and said that "every human who's mentally capable is always able to be treasurer of their new currency."

Loughner described himself as a U.S. military recruit in the video. A military official speaking on condition of anonymity said Loughner was rejected from the Army in 2008 because he failed a drug test. The official did not know what type of drug was detected in the screening.

A year later he was charged with an unknown "local charge." That charge was also dismissed following the completion of a diversion program in March 2009, the Arizona Daily Star reported.

"He has kind of a troubled past, I can tell you that," Sheriff Clarence Dupnik said.