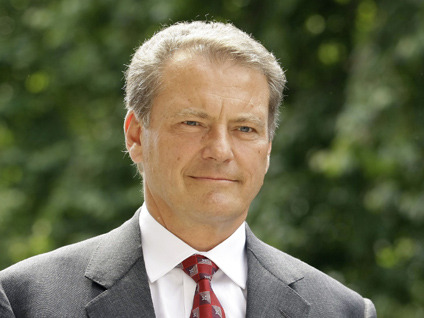 On Wednesday, President Obama is expected to meet with beleaguered BP officials in Washington. BP CEO Tony Hayward, who the president has said he would have fired over some inopportune remarks, will be among the guests.

The featured actor will be BP's board chairman, Swedish executive Carl-Henric Svanberg, who has been summoned to Washington via a letter from Coast Guard Admiral Thad Allen, the public sector official in charge of the Gulf disaster recovery.

Who is Carl-Henri Svanberg, who has been conspicuously invisible since the April 20 BP spill? And what does he plan to do to address various critical issues now facing the world's 5th largest company, ranging from safety measures, management changes and corporate restructuring to the oil company's dividend (which U.K. pensioners fear may be cut in half, if they get it at all)?

In a recent interview with Sweden's largest daily newspaper, Aftonbladet, Svanberg offered a series of "no comments" to questions about the oil spill.

Svanberg was appointed a non-executive director of BP in September 2009, and became BP chairman on January 1, 2010. Previously, Svanberg was president, CEO and chairman of Sony Ericisson Mobile Communications AB. He remains a non-executive director of Ericsson, and is a board member of Confederation of Swedish Enterprise, Melker Schorling AB and the University of Uppsala. He has received the King of Sweden's medal for his contributions to Swedish industry.

Svanberg, 58, was born in Porjus, a tiny village within the Arctic Circle, and obtained a master's degree in applied physics. He honed his management skills at Assa Abloy, where according to an October 2009 Times Online profile he acquired 100 firms and earned the nickname "Gentle Conqueror." (See the Times Online article for an in-depth profile of Svanberg.)

During an address to BP shareholders in London on April 15, Svanberg shared his vision for BP: "A company like BP, therefore, demands a board with vision. A board that works with the executive team to ensure there is a well-worked strategy in place. A board that is 100 per cent engaged, as always, in governing on behalf of the shareholders. A board that makes sure that risks are well-identified, properly assessed and managed; and that the company is performing operationally - being well run in every respect."

Like the rest of the world, the relatively new BP chairman now knows that some risks taken by the company were not "well-identified, properly assessed and managed."

In the Aftonbladet interview, Svanberg echoed the statements of Hayward and other BP executives, maintaining that the company is doing whatever it can to address the disaster in the Gulf.

It's unlikely that President Obama will be as sympathetic to Svanberg as New York Mayor and billionaire Michael Bloomberg was to Tony Hayward. Bloomberg said that the world should not rush to judge the oil giant, and that BP's CEO "didn't exactly go down there and blow up the well."

Of course he didn't — that would be gauche.

The Times Online profile notes that Hayward and Svanberg share a passion for sailing; Svanberg has a 69-foot yacht. He likely won't be found sailing in the Gulf of Mexico any time soon.