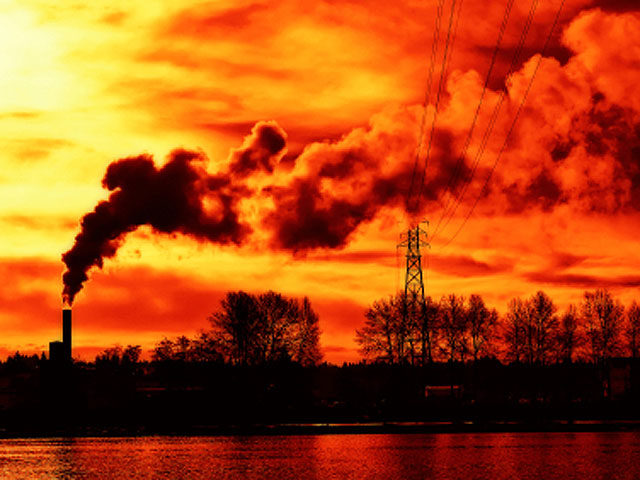 (CBS/AP) Diesel exhaust causes cancer, the International Agency for Research on Cancer declared Tuesday, a ruling it said could make exhaust as important a public health threat as secondhand smoke.

The agency - which is a part of the World Health Organization - said the risk of getting cancer from diesel fumes is small, but since so many people breathe in the fumes in some way, raising the status of diesel exhaust to carcinogen from "probable carcinogen" was an important shift.

"It's on the same order of magnitude as passive smoking," said Kurt Straif, director of the IARC. "This could be another big push for countries to clean up exhaust from diesel engines."

Since so many people are exposed to exhaust, Straif said there could be many cases of lung cancer connected to the contaminant. He said the fumes affected groups including pedestrians on the street, ship passengers and crew, railroad workers, truck drivers, mechanics, miners and people operating heavy machinery.

The new classification followed a weeklong discussion in Lyon, France, by an expert panel organized by the IARC. The panel's decision stands as the agency's ruling.

The last time the agency considered the status of diesel exhaust was in 1989, when it was labeled a "probable" carcinogen. Reclassifying diesel exhaust as carcinogenic puts it into the same category as other known hazards such as asbestos, alcohol and ultraviolet radiation.

"We don't have enough evidence to say these new engines are zero risk, but they are certainly lower risk than before," said Vincent Cogliano of the U.S. Environmental Protection Agency.

Experts in Lyon had analyzed published studies, evidence from animals and limited research in humans. One of the biggest studies was published in March by the U.S. National Cancer Institute.

HealthPopreported that the study looked at more than 12,000 miners for several decades starting in 1947. Researchers found miners heavily exposed to diesel exhaust were three times more likely to die from lung cancer with workers from the lowest exposure.

Lobbyists for the diesel industry argued the study wasn't credible because researchers didn't have exact data on how much exposure miners got in the early years of the study; they simply asked them to remember what their exposure was like.

A person's risk for cancer depends on many variables, from genetic makeup to the amount and length of time of exposure to dangerous substances.

"Because more than 90 percent of all global trade, infrastructure development, key industries and an increasing number of automobiles are powered by fuel-efficient diesel engines, these advancements in clean diesel technology are enabling broad international environmental and public health benefits throughout the world," the statement read.

"It's pretty well known that if you get enough exposure to diesel, it's a carcinogen," said Ken Donaldson, a professor of respiratory toxicology at the University of Edinburgh who was not part of the IARC panel. He said the thousands of particles, including some harmful chemicals, in the exhaust could cause inflammation in the lungs and over time, that could lead to cancer.

But Donaldson said lung cancer was caused by multiple factors and that other things like smoking were far more deadly. He said the people most at risk were those whose jobs exposed them to high levels of diesel exhaust, like truck drivers, mechanics, or miners.

"For the man on the street, nothing has changed," he said. "It's a known risk but a low one for the average person, so people should go about their business as normal ... you could wear a mask if you want to, but who wants to walk around all the time with a mask on?"