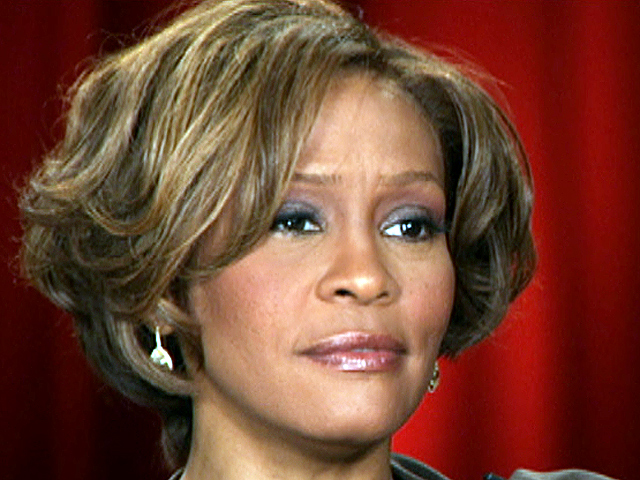 In Sept. 2009, Whitney Houston sat down with Oprah Winfrey for what would be one of her final in-depth interviews. After a long time away from music, Houston was attempting a career comeback at the time with a two-part appearance on "The Oprah Winfrey Show."

In the interview, Houston opened up about the drug abuse that controlled her life for so long.

Read a partial transcript of that interview below. "Remembering Whitney: The Oprah Interview will air Thursday at 9 p.m. on the OWN network.

Oprah Winfrey: The very first time I had you on my show, however many years ago, I thought, "You are 'the voice.'" You are the voice, that was my name for you.

Whitney Houston: You were probably the very first person to ever call me that over whelming title.

Winfrey: There was a time, I read, where you were actually thinking in this past seven years - because you haven't done an album since 2002 - that you were thinking of, I read, going to an island and having a fruit stand?

Houston: Yeah, selling fruit drinks to some people. Me and my daughter, living on a little beach on a little island. You know what I'm saying? Living the simple life. You have to understand, I have been all around the world. And I'd done it all at that point in time, or I thought.

However, I wasn't remembering the gift that God had given me. I had totally put all that aside. And my daughter was growing up before my eyes, and I just wanted to grab hold of that. It goes by so fast. I wanted to watch her. I wanted to be that parent - because at that point in time, I was a single parent. Watch her go to school, and when she got home, be there. I wanted that moment.

Winfrey: So we were talking about how you did light drugs before "The Bodyguard" and then after Bodyguard-

Winfrey: Because "The Bodyguard" which, to the world, was one of the biggest moments ever in the history of CDs, albums and catapulted you to a level of stardom-

Houston: Right.  And remember, I did "Waiting to Exhale" after that, and then that album was huge.

Winfrey: And "The Preacher's Wife" after that.

Houston: By "The Preacher's Wife," it was an everyday thing. I would do my work, but after I did my work, like for a whole year or two, it was everyday.

Winfrey: So you're drug of choice was weed combined with rock cocaine?

Winfrey: And so the weed would sort of calm down?

Houston: Yea, would level it off. Yes. Only, you had to have alcohol too. But I didn't drink - he drank.

Winfrey: But you had to have volumes of that.

Houston: Oh my God. Some days he handed me a lot of money.

Houston: I had totally forgotten about that life.

Winfrey: That was another life.

Houston: Yea. I had so much money by that point I was like, pshht. I wasn't thinking...

I didn't think. I wasn't thinking. Remember we were flying all over the country in jets. Going to Paris for a day or two, yachts, going cruising in the Mediterranean.

Winfrey: Did the drugs give you any sense of relief?

Houston: At times. Don't forget, there were some times we'd laugh our tails off. We had a ball. Sometimes you do have a good time. But when it gets to the point where you're sitting in your home and you're just trying to cover what you don't want people to know. It's painful. And then you want more just so that you don't let anybody see you cry. Or anybody to see we're not happy. Something's wrong. What are you doing? Why aren't we talking? Why are we just looking at each other and just watching this TV?