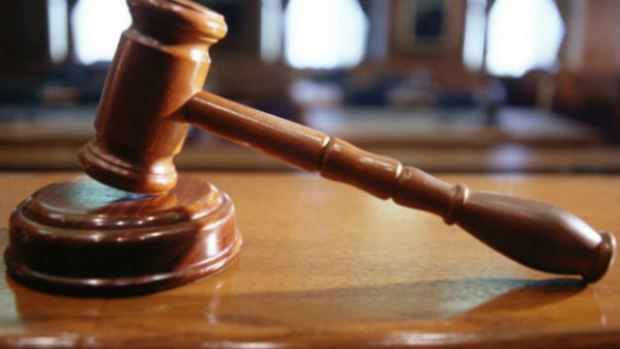 LOUISVILLE, Ky. - A white nationalist was fined, ordered to attend anger management classes and given a suspended jail sentence Wednesday, resolving allegations that he physically harassed a woman who protested at a Donald Trump rally in Louisville last year.

Heimbach, of Paoli, Indiana, is chairman of the Traditionalist Worker Party. Along with anger management classes and a fine of $145, he was ordered Wednesday to have no contact with the victim. Jefferson County District Judge Stephanie Pearce Burke waived a 90-day sentence on the condition he not re-offend within two years.

A criminal summons said Heimbach got too close to Kashiya Nwanguma, who is African-American, and screamed, yelled and pushed her multiple times to get her out of the building where the Trump rally took place in March 2016.

Heimbach previously told The Associated Press he believed the case was the product of a "huge social media campaign" by "anti-fascists" and "far-left activists."

"This is a completely politically motivated charge," he said. "I believe 110 percent that I followed all laws. I acted reasonably."

Heimbach also faces a federal lawsuit, which also names Trump, his campaign and two other Trump supporters as defendants. Trump's lawyers asked the court this week for an order to prevent subjecting the president to a deposition.

When he ruled in April that the suit can proceed, Judge David J. Hale in Louisville said ample facts support allegations that the protesters' injuries were a "direct and proximate result" of Trump's actions, and noted that the Supreme Court has ruled out constitutional protections for speech that incites violence.

"It is plausible that Trump's direction to 'get 'em out of here' advocated the use of force," the judge wrote. "It was an order, an instruction, a command."

The judge also denied Heimbach's request to dismiss the lawsuit's discussion of his chairmanship of the Traditionalist Worker Party, which describes itself as "fighting to secure the existence of our people and a future for white children," as well as statements Heimbach made about how Trump could advance the group's interests. The judge said such information could be important when determining punitive damages.