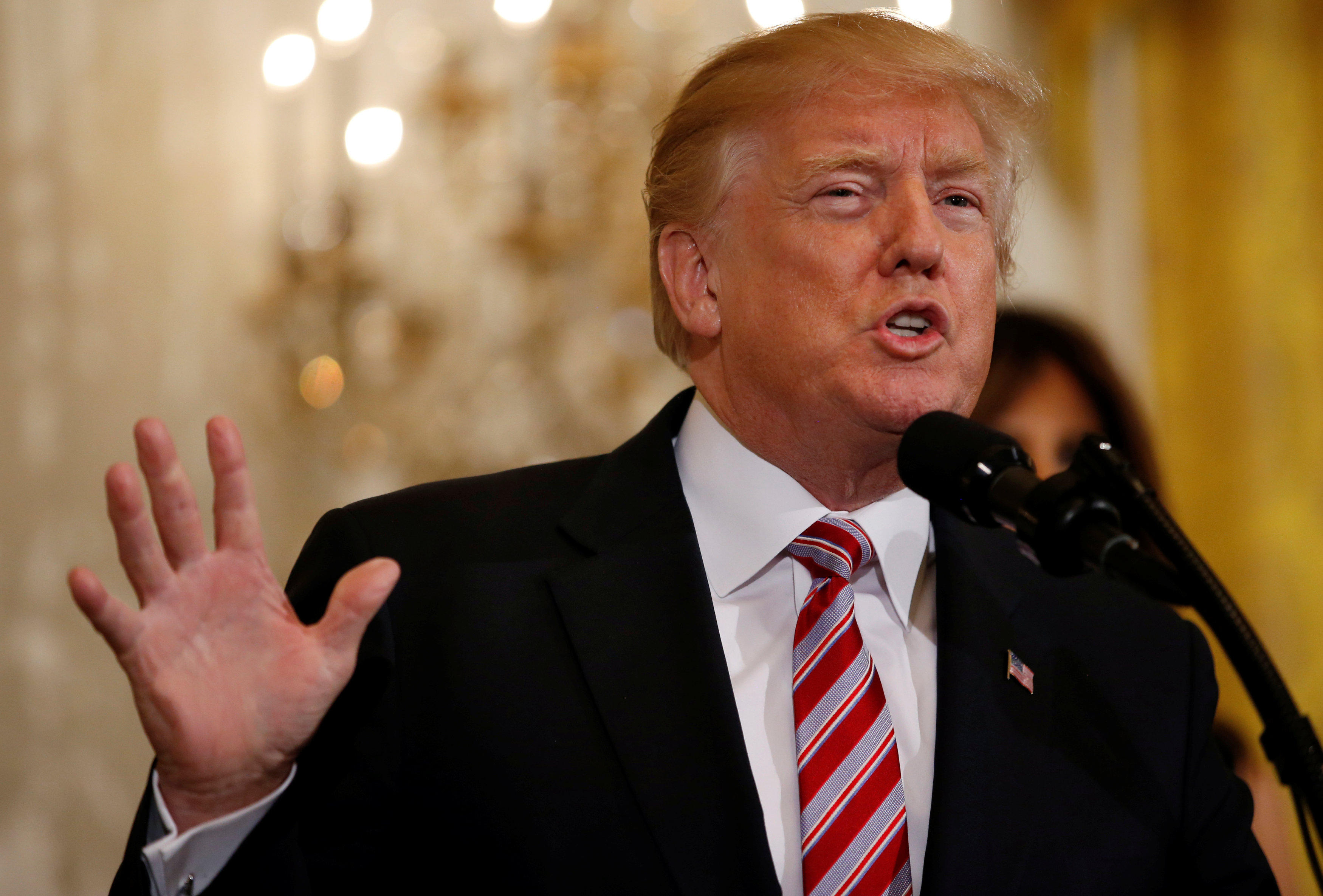 A little over a month after his inauguration, on Feb. 28, 2017, President Trump signed HJ Resolution 40, a bill that made it easier for people with mental illness to obtain guns. CBS News then asked the White House to release the photograph of Mr. Trump signing the bill, making the request a total of 12 times.

White House Press Secretary Sarah Huckabee Sanders finally responded to repeated emails and phone calls with a one-line note on April 19, 2017, writing to CBS News, "We don't plan to release the picture at this time."

A White House photographer confirmed to CBS News that there are photos of the bill signing. Those photos won't be seen unless the Trump administration releases them, though, because the White House is not subject to the Freedom of Information Act.

Typically, the White House at minimum releases its own pictures of bill and resolution signings. In fact, the press is often ushered into the Oval Office for these occasions and journalists shoot their own footage and photographs of the event, which are then distributed to all of the major news organizations.

Mr. Trump signed another bill the same day that rolled back an Obama administration rule on the Waters of the United States which was attended by a cabinet official in an official signing ceremony in the Roosevelt Room. Pool cameras took photos, as did the White House. The image below is a screen grab of the White House video.

HJ Resolution 40 was introduced just 10 days after President Trump's inauguration. In a town where legislation often languishes for months, the bill moved quickly to the president's desk within weeks, thanks to the Congressional Review Act, an obscure law that allows Congress to review and repeal new regulations.

President Obama had pushed for the rule following the Sandy Hook massacre and it was finalized in December 2016. Had it been allowed to remain effect, it would have added about 75,000 names of mentally ill Americans to a database that would have stopped them from buying a gun.

On the day the bill was signed, the National Rifle Association (NRA) put out a press release quoting NRA Executive Director Chris Cox: "Today marks a new era for law-abiding gun owners, as we have now have a president who respects and supports our right to keep and bear arms."

The NRA release says that had the Obama rule been allowed to move ahead it "would have resulted in 75,000 Social Security recipients who use a representative payee losing their Second Amendment rights without due process." But in fact, the rule applied to Social Security recipients who weren't able to manage their affairs because of "marked subnormal intelligence, or mental illness, incompetency, condition, or disease."

The NRA noted the move to revoke the rule was supported by "the ACLU, and more than a dozen mental health advocacy organizations."

Thursday morning CBS News asked the White House again if it would release the photo of the signing, but received no response.