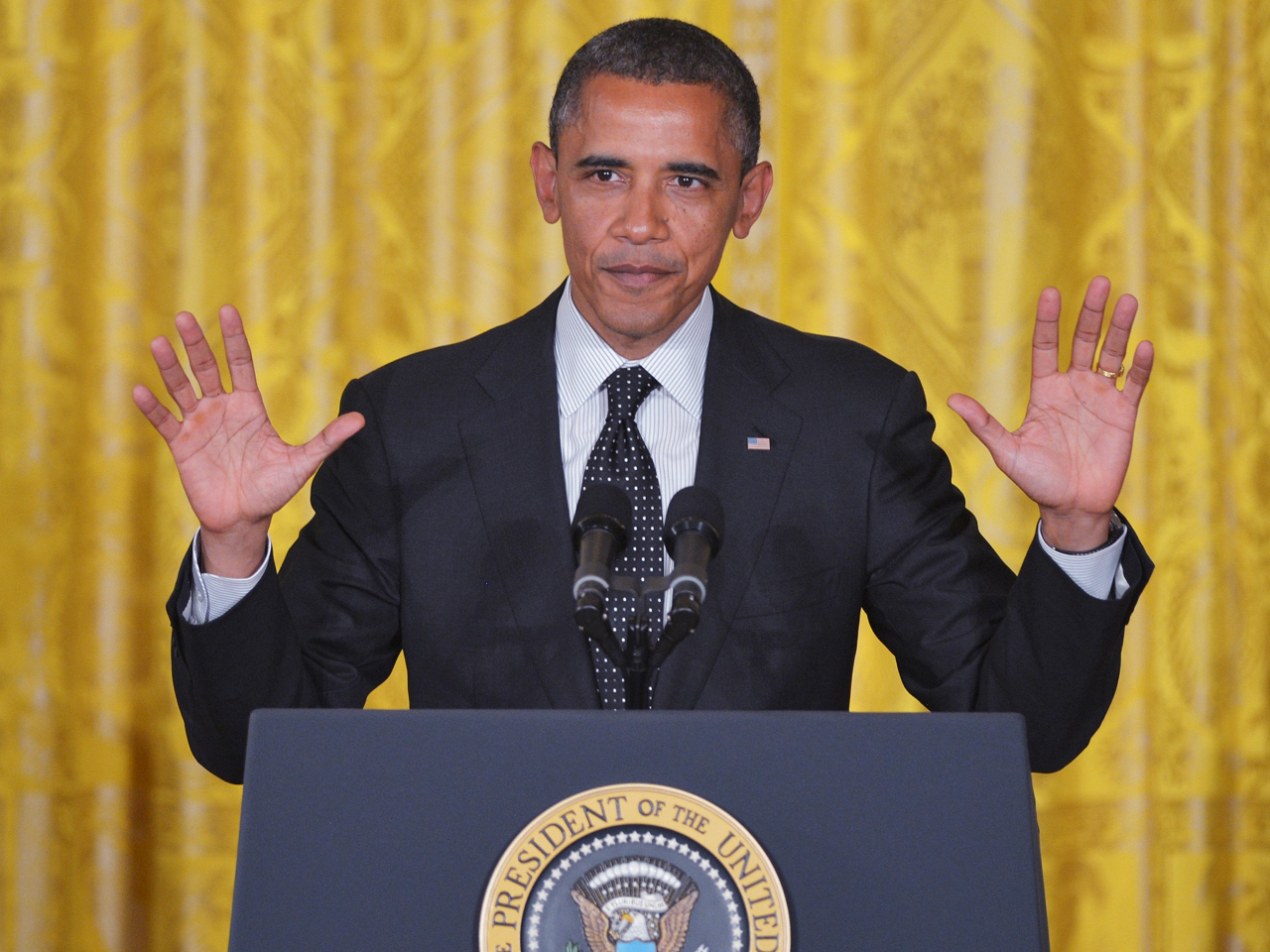 (AP) WASHINGTON - The White House said President Obama misspoke on Tuesday when he referred to a "Polish death camp" while honoring a Polish war hero.

The president's remark had drawn immediate complaints from Poles who said Obama should have called it a "German death camp in Nazi-occupied Poland," to distinguish the perpetrators from the location. Polish Foreign Minister Radek Sikorski called it a matter of "ignorance and incompetence."

Obama made the comment while awarding the Medal of Freedom to Jan Karski, a resistance fighter against the Nazi occupation of Poland during World War II. Karski died in 2000.

During an East Room ceremony honoring 13 Medal of Freedom recipients, Obama said that Karski "served as a courier for the Polish resistance during the darkest days of World War II. Before one trip across enemy lines, resistance fighters told him that Jews were being murdered on a massive scale and smuggled him into the Warsaw Ghetto and a Polish death camp to see for himself. Jan took that information to President Franklin Roosevelt, giving one of the first accounts of the Holocaust and imploring to the world to take action." (Watch video of the event at left)

Sikorski tweeted that the White House would apologize for "this outrageous error" and that Polish Prime Minister Donald Tusk would address the matter on Wednesday.

"It's a pity that such a dignified ceremony was overshadowed by ignorance and incompetence."

Alex Storozynski, president of the Kosciuszko Foundation, said Obama's comment "shocked the Poles present at the White House and those watching on C-SPAN. ... Karski would have cringed if he heard this."

National Security Council spokesman Tommy Vietor said: "The president misspoke. He was referring to Nazi death camps in Poland. We regret this misstatement, which should not detract from the clear intention to honor Mr. Karski and those brave citizens who stood on the side of human dignity in the face of tyranny."

Anxious to quell the controversy, the White House also noted that the president had visited the Warsaw Ghetto Memorial while in Poland and that he has repeatedly discussed the bravery of Poles during World War II.

The Polish Embassy in Washington, on its website, has a "how-to guide" on concentration camps that states that references to Polish death camps are "factually incorrect slurs" that should be corrected.

The Associated Press Stylebook states that when referring to "World War II camps in countries occupied by Nazi Germany, do not use phrases like Polish death camps that confuse the location and the perpetrators. Use instead, for example, death camps in Nazi-occupied Poland."